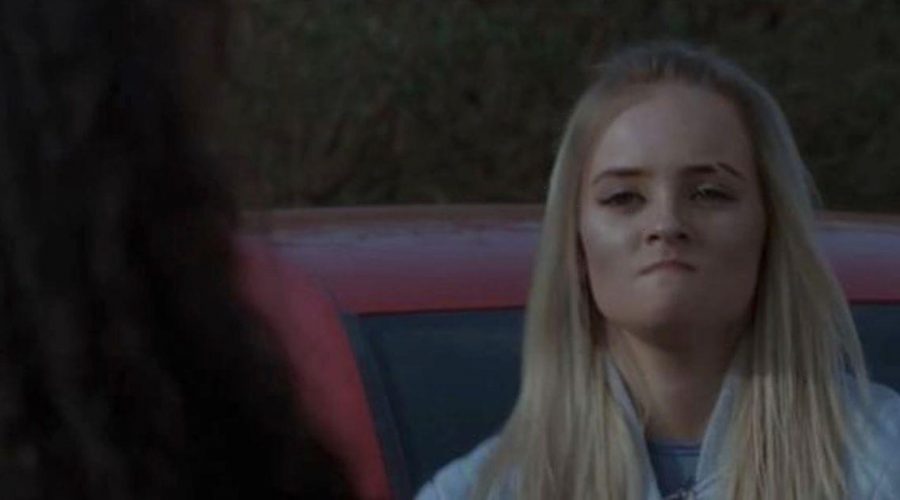 Coronation Street star Millie Gibson looked worlds away from her cobbles character Kelly Neelan as she glammed up for a festive photoshoot.

Millie's character Kelly is currently engaged in a tragic homelessness storyline, having left her supported accommodation after being released from prison and made friends with Stu – the homeless man who helped bring Corey to justice.

Over the weeks, Kelly has come face to face with sleazy men in hotel rooms and drug dealers as she slept in shop doorways.

But Millie looked a far cry from her character as she posed alongside a huge, brightly lit Christmas tree in a gold-buttoned black dress.

She matched the look with black spotted tights and shiny black buckled shoes, letting her blonde hair fall to frame her face as she grinned at the camera.

Millie's fans and co-stars immediately hopped into the comments section to show the 16-year-old some love.

Sally Carman, who plays Abi Webster on the cobbles, penned: "You look beautiful."

Her glam transformation comes as fans have complained about Kelly looking too "polished" in her current storyline, with frustrated fans turning to social media to echo their concerns.

One penned: "Kelly has been on the streets for days, she’s not even a little bit dirty, her clothes are immaculate, she’s surviving cold/wet nights with just minimal clothes and she still has battery on her phone. As much as the storyline is important it's very unrealistic."

Another agreed: "I’m irritated by Kelly’s pristine pink hoodie despite living rough, also, how did she charge her phone?"

"Kelly has been sleeping out on the streets for days but her pink hoodie is clean and ironed!" someone else fumed.

Other viewers couldn’t help but notice her well-groomed eyelashes and full-face of makeup which took away some of the realism in the scene.

One fan of the show quipped: "I love how homeless Kelly still has impeccable eyelashes."