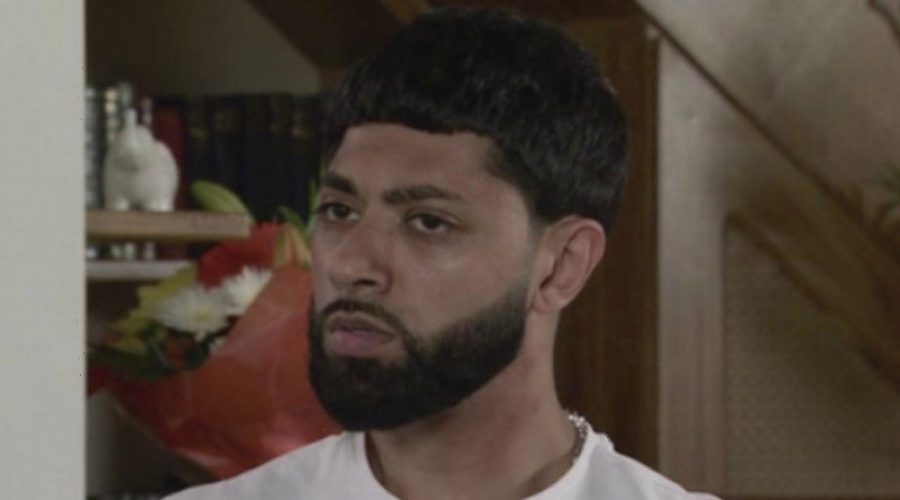 Coronation Street's Zeedan Nazir had to explain all of the real reasons and his lies on Wednesday night's show to prevent his family going to the police as they feared for his safety.

Zeedan returned to Corrie after three years away from the soap but it soon become obvious that he was hiding things from sister Alya and grandmother Yasmeen.

He was beaten up and left in the street so it soon became clear that he was in trouble and that someone was after him.

Zeedan first said that Ryan Connor had been the person to beat him up but then changed his mind to say he didn't really know who had attacked him. However, this didn't stop the truth from coming out as well as the other things he had been keeping from his family.

It appeared that he had returned for a fresh start but it seemed that he was also trying to avoid something.

Zeedan said that his ex wife Mariam's father wasn't happy with him splitting up from his daughter and this was why he had threatened him.

As well as making weird phone calls, his father-in-law also threatened that he was going to kill him – with his sons, Mariam's brothers, behind the brutal assault.

However, in Wednesday's episodes the full truth came out.

Due to fearing for his life, Zeedan's family decided to call the police to make sure he was safe, however he had to tell them to stop before telling them why.

Zeedan told Alya that he had an affair and that his wife's family had found out about his infidelity.

But he told Alya that he thought that marriage was over before he had cheated.

He soon confessed his cheating to his gran Yasmeen as well who was so furious with her grandson that she didn't accept his offer of money to help save their family business.

Alya had been targeted by scammers who had drained the Speed Daal business bank account.

Initially she accepted £50,000 but soon rejected it after being suspicious.

Yasmeen later stopped Zeedan from leaving, and then swore that if Mariam's family made contact with him again and threatened his life, she would have to go to the police herself.

It is not known whether this is the end of Zeedan being harassed or it the story will go further.