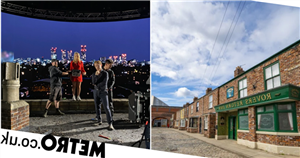 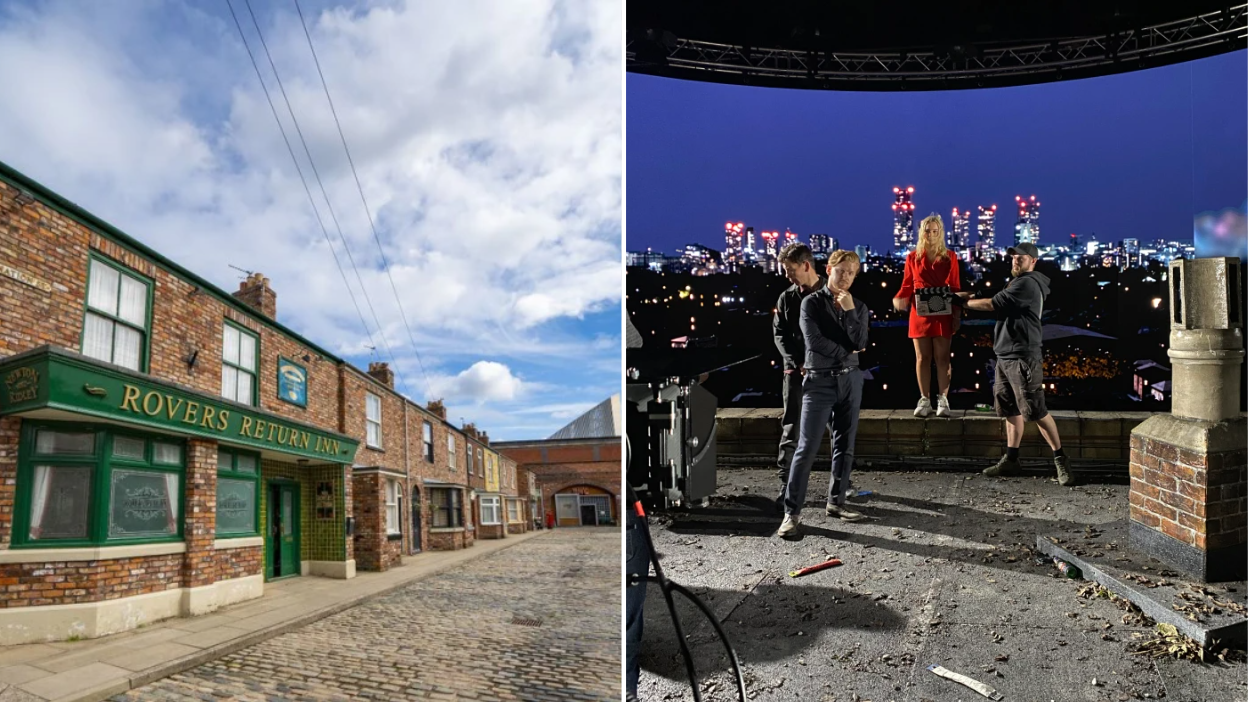 Coronation Street boss Iain MacLeod has seen the future – and he reckons it could mean the end of soaps being filmed on built sets, and any reality that needs to be created can be done with the use of technology.

For a special episode coming up soon, Iain and his team used a special piece of kit, ‘That’s more commonly found in things like The Mandalorian,’ he told us. ‘Or they use it a slightly larger version of this in a lot of the Avengers movies. It’s called a volume wall.’

Iain describes how this works. ‘Essentially, it’s like a very new fandangled version of what they would’ve called a green screen or back projection back in the early days of the talkies. But basically, it means you can put your actors anywhere that you can imagine. So you can essentially design a 3D world, like the surface of Mars and you could stick Ken and Rita up there having a Mr. Kipling and a cup of tea, should you wish.’

In the special episode that’s coming up, the team have used the volume wall to create an epic stunt involving Kelly Neelan (Millie Gibson) and Gary Windass (Mikey North).

‘What we’ve done is create this incredible rooftop sequence with a sort of twinkling cityscape behind it,’ Iain says. ‘So that we can do things that you could never normally do in a location shoot. You can put real actors in what appears to be very real danger without using stunt performers. You can have the camera behave in a way that it can’t do in the real world.

‘The camera can swoop and fly and move around in ways that you can’t do for real. So we created this incredibly cinematic sequence for the set piece of this week, which I’m incredibly excited about. I’ve only seen the rushes and it already looks incredible.’

While this is a one-off for this special episode, Iain is so impressed by the way the technology helped them to achieve the effects they were looking for that he can see it coming into wider use in the future.

‘We did joke that there will come a point where we don’t need sets anymore,’ he told us.

‘It might be something that as a genre more and more shows come to use when they want to do something big and spectacular because you can just make it that bit extra.’

Describing this new technology Iain is like someone with a new toy and is clearly hugely enthusiastic. ‘It was all very exciting,’ he says.

‘You’ve never seen so many people contrive a reason to go down and visit a filming set when they’ve really not got any reason to be there at all. Everyone wanted to go and have a nosy. I’ve never seen anything like it!’