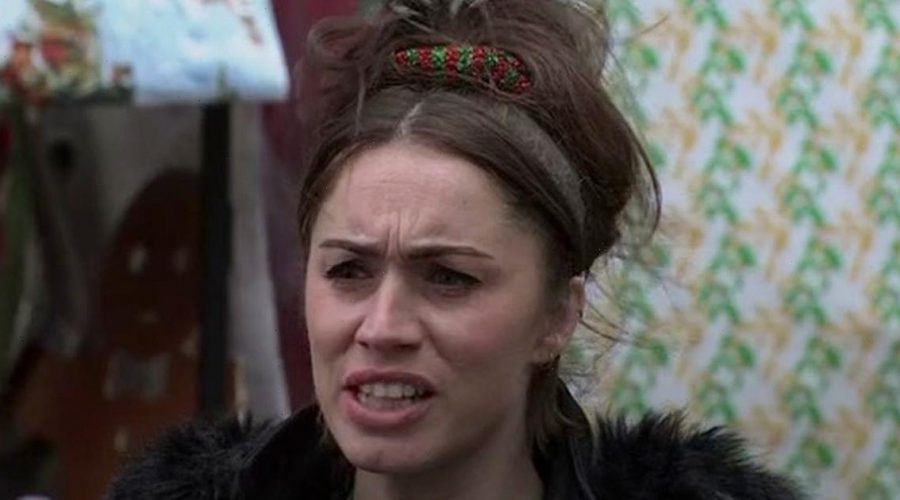 Coronation Street fans were left in hysterics earlier this week after they spotted a Shona Platt blunder on the hit ITV soap.

During the festive episodes, which aired ahead of Christmas Day, Sarah Barlow attempted to play peacemaker after her brother David Platt's son Max wrongly accused Daniel Osbourne of being in a relationship with Summer Spellman.

After Max sabotaged Daniel's carol concert before discovering the latter had actually stopped him from being expelled, Sarah held a crisis meeting in order to save Christmas for the Platt and Barlow family.

As the two families started feuding, Sarah exclaimed: "All of you, can you just shut up for a minute. Right, one way or another we're going to have to learn to get on with each other."

However, eagle-eyed soap watchers were left distracted during the scenes as they spotted Shona star Julia Goulding was still wearing her ITV lanyard.

One person said: "Oooopsies #Corrie hawkeyes tonight, can you spot it," followed by a picture of the moment.

Another fan posting a picture of the scene, writing: "Oopsies, can anyone else spot it??" with crying laughing emojis.

While another soap watcher simply added: "Oops" alongside a photo of the scene.

It comes after Coronation Street fans were left in tears on Saturday's Christmas Day episode as Roy Cropper made an emotional return to the ITV cobbles.

Last month, soap watchers were left devastated after Roy left Weatherfield to work as a chef in South America due to feeling guilty over his unwitting role in the death of Natasha Blakeman.

During the special festive episode, Roy made an emotional return so he could spend Christmas Day with Nina Lucas in heartwarming scenes.

Taking to Twitter, soap watchers were left in tears over the emotional moment.

Another follower commented: "That Nina and Roy hug. Emotions #Corrie."

While a different soap watcher added: "#Corrie catching up… So pleased to see Roy back – it's a Christmas miracle!"

For all your updates on Coronation Street, sign up to our daily OK! newsletter.