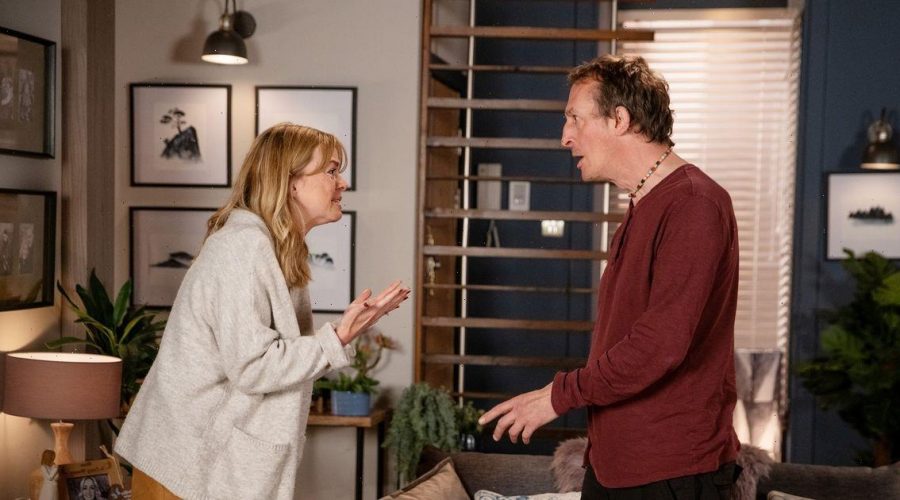 Share your email to get soaps interviews, spoilers from the Star

During Wednesday’s visit to the Cobbles, fans were left on the edge of their seats as they watched the emotional scenes surrounding Toyah and her late husband Imran.

The blonde bombshell found it all to be too much when she was left to babysit baby Alfie as she begged the tot to forgive her for killing his father.

After handing the little one back to Abi Webster, the grieving star rushed home where she confessed everything to her new love interest blissfully unaware that he is an undercover cop.

Back at the flat, Spider could be seen consoling the blonde beauty as she burst into tears after an emotional walk with baby Alfie.

It was at this point that Toyah spilt the beans about that fateful journey with Imran, as she confessed: "You deserve to know the truth; it wasn’t an accident. I murdered him, I murdered Imran."

Hoping she was only joking, Spider said: "Don't say that. It was an accident. It was one of those things, one of those horrible things. "

The grieving widow insisted: "You're not listening to me – I lied to the police, I know exactly what happened. I crashed the car on purpose."

The undercover cop was left shell-shocked after listening to her confession, as he quietly muttered: "I can’t be hearing this" before he stormed out of the flat.

After watching the dramatic scenes play out, fans flooded to Twitter where they shared their suspicions that the love-sick police officer was wearing a wire disguised as a beaded necklace.

One user asked: “Is there a wire hidden in Spider’s s**t necklace? #corrie," while another penned: "Ooo, is Spider’s necklace a wire …? Lol #Corrie.”

A third echoed: "If Spider’s wearing a wire, Toyah’s toast #Corrie,” as one fan questioned: "What has Spider got around his neck? #corrie?”

While others were convinced Toyah was going to jail, another pointed out: “Spider wouldn’t be the first cop on #Corrie to turn a blind eye, so a cover up and lose evidence, PC Tinker."