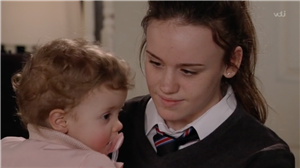 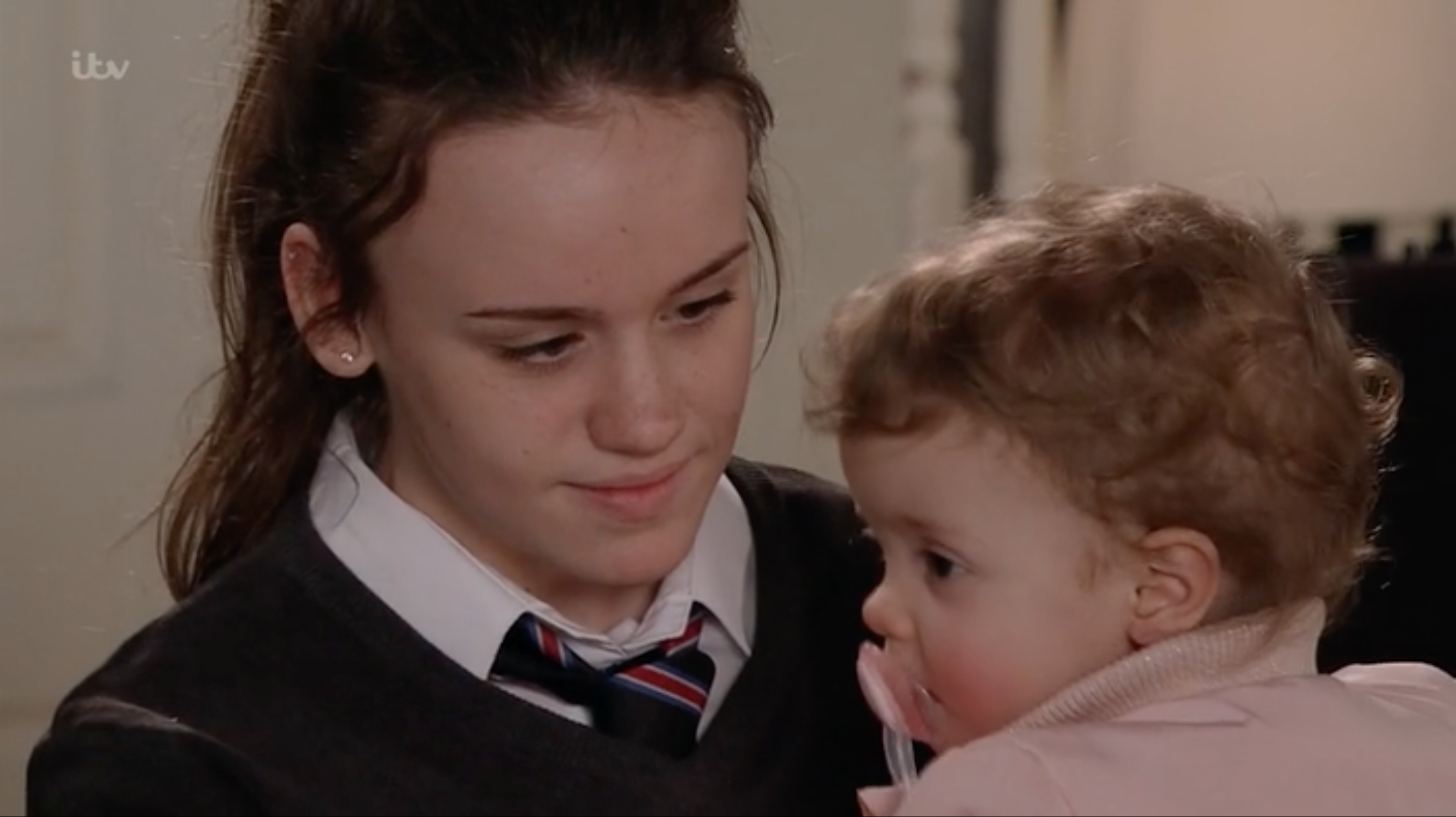 Faye Windass (Ellie Leach) will get some life changing news in Coronation Street when she is diagnosed with early menopause.

Previously, the youngster had thought she was pregnant with Craig Tinker’s (Colson Smith) baby and the pair became open to the prospect of at least eventually having a family.

However, this new blow leaves them in turmoil, meaning that any dreams of becoming parents are shattered.

Viewers know that Faye is already a mother, having given birth to a daughter Miley when she was just a 13-year-old teenager in 2015.

Faye had slept with classmate Jackson but he denied being the father of the child, much to Faye’s hurt.

Faye struggled to come to terms with being Miley’s mum, and after the christening service didn’t go as planned, Jackson’s parents offered to look after Miley for her.

They could offer Miley a better life, and thus they departed with Miley, as they relocated to Canada.

Miley briefly returned in 2017, after Faye spotted her at Weatherfield General but after some communication, Faye once more bade farewell to her daughter.

However, could this unfolding situation trigger Faye’s mind to turn to Miley?

Is she about to try and make contact and seek to have access to Miley? And if so, will she be met with resistance?

And how would Craig feel about it?

26/04/2022 TV & Movies Comments Off on Corrie's Faye to track down daughter Miley after menopause diagnosis?
Lifestyle