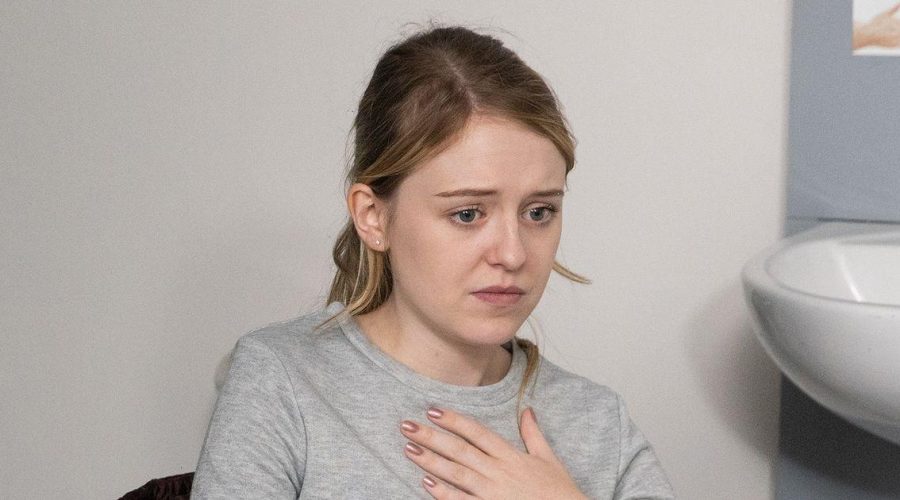 Coronation Street star Harriet Bibby has sent her fans into a frenzy as she shared some snaps from the ITV soap's Christmas party.

Harriet, who plays Summer Spellman on the cobbles, looked very cosy with her on-screen boyfriend James Craven, who plays Aaron.

Proving that their off-air relationship is much sturdier than her on-screen one, Harriet and James shared a hug as they posed for a snap together.

Harriet looked gorgeous in a fluffy pink bandeau top and black trousers as she joked with her fans about why she was late to the party.

The blonde bombshell perfectly matched her make-up to her clothes as she opted for a pink lip with blusher, completing the look with pink eye liner.

She told her fans: "My eyeliner is the reason I'm late…" as she posted on her Instagram Story.

However, she quickly got into the swing of things as she could be seen with her pal Elle Mulvaney, who plays Amy Barlow on the soap.

She shared plenty of memories from the night as she partied the night away with her soap co-stars and she certainly looked very close with James.

Unsurprisingly, it didn't take long for the compliments to come pouring in from her friends and co-stars as she posted the snaps.

Jane Hazelgrove wrote: "Hope you had a marvellous time , you both look gorgeous! Question who is that downing a pint behind you??"

Meanwhile, one fan said: "Wonderful picture of you and @james.t.craven."

Another added: "Just adorable!!! You guys are literally everything…"

Harriet's post comes after she shared her "last day" filming on the soap for the year.

Posing with her co-stars Daniel Brocklebank and Peter Ash, who plays Billy Mayhew and Paul Foreman, Harriet said: "Baltic for the last day on set this year."

Corrie airs Mondays, Wednesdays and Fridays at 8pm on ITV.