Criminal season two is on Netflix now and the series stars Game of Thrones actor Kit Harington as an accused estate agent and Big Bang Theory star Kunal Nayyar as a chilling killer. The first episode of season two features a character called Nasreen Shah and fans are keen to find out more about the actress who plays her. Express.co.uk has everything you need to know about actress Rakhee Thakrar.

Who is Rakhee Thakrar?

Rakhee Thakrar is an English actress who is best known for her role as Shabnam Masood in the BBC soap Eastenders.

She starred as one of the main characters in the soap between 2013 and 2015, with her last on-screen appearance being in February 2016.

The 36-year-old actress has also taken on a role in the Netflix hit Sex Education, and she played the Eighth Doctor’s companion, Bliss, in Doctor Who: The Time War.

The actress grew up in Leicester and she joined the local theatre group called Hathi Productions as a teenager. 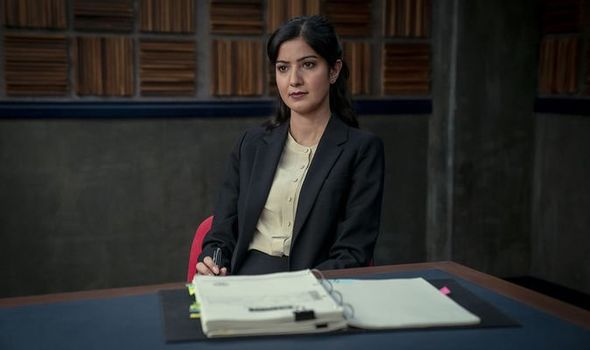 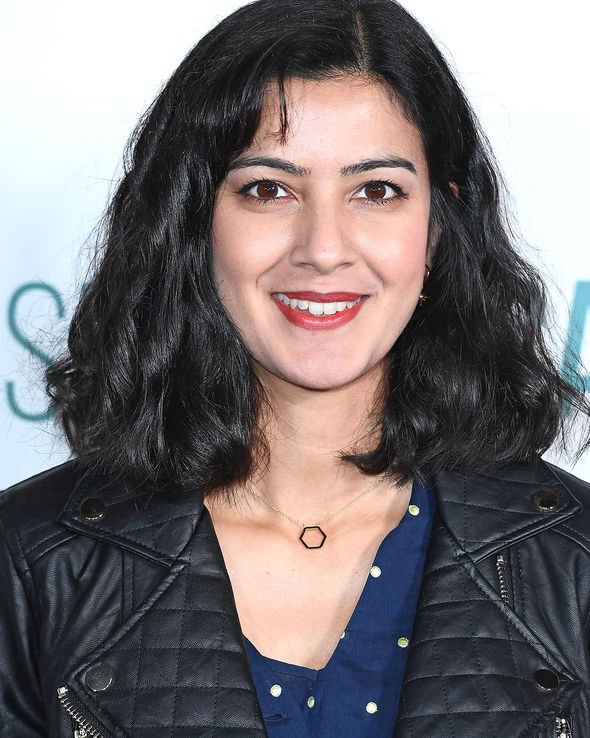 She was cast as Shabnam in EastEnders in 2013 and one of her most notable storylines was when her characters gave birth to a stillborn baby.

As a result of her compelling performance, she ended up becoming an ambassador for the well-known stillbirth charity Sands.

Her other film credits include Four Weddings and a Funeral, Invizimals, Holby City and Peep Show.

Speaking to whatsontv.com the actress said it “felt like the right time” to leave her EastEnders role as she wanted to “try different projects”.

Her other prominent role was as Miss Sands in Sex Education – one of the English teachers at Moordale Secondary School. 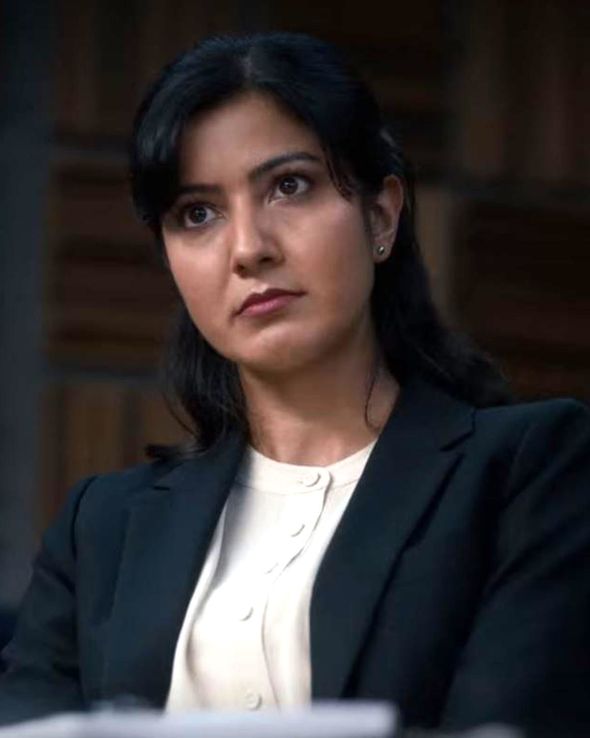 Fans may also know of her Doctor Who role as student Bliss, and she spoke to Big Finish about being a part of the franchise.

She said: “I love it, what’s really nice is to come back to something time and time again because you really get more confident with a character and discover more things about her.

“Unless you are doing a long-running series, you don’t get that. And with audio there’s so much more script to get your teeth into, it’s a treat.”

The star is on Twitter and she has been updating fans with her latest acting roles, as well as her work with Sands.

DON’T MISS…
Criminal season 2 cast: Who is in the cast of Criminal? [EXPLAINER]
Kunal Nayyar net worth: How much is The Big Bang Theory star worth? [INSIGHT]
Big Bang Theory spin-off: Will Raj appear in Young Sheldon? [THEORY] 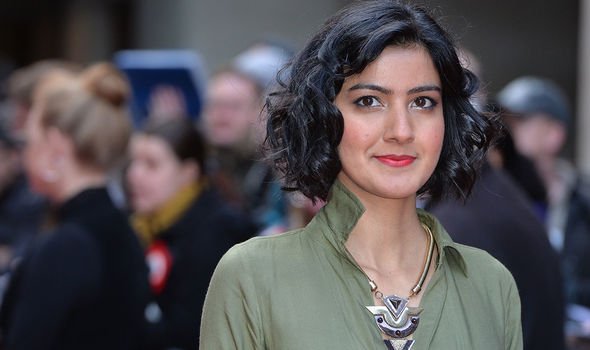 Who is Nasreen Shah in Criminal season 2?

Nasreen only features in the first episode of Criminal season two, but she certainly left fans talking.

In the episode, titled Julia, Nasreen is Julia Bryce’s (Sophie Okonedo) solicitor and she plays a huge part in helping Julia level-headed.

Julia was the ex-wife of a man called Philip who was convicted of murdering an old student.

She has a number of conversations with Detective Constable Vanessa Warren (Rochenda Sandall) and she is accompanied by Nasreen after the first visit.

Julia ended up being arrested half-way through the interview for a murder, which is why Nasreen was called in to help.

The arrest came after colleagues picked up on a number of things Julia had said in her witness statement.

Nasreen questioned the police protocol after they brought Julia in without caution and she started to intimidate Vanessa.

Nasreen clearly had control of the situation and she left Vanessa feeling extremely uncomfortable during the interview.

She called Vanessa “nervous”, but the officer quickly gathered herself and started giving as good as she got.

Fans loved the clash of personalities as the two feisty female characters tried to gain the upper hand.