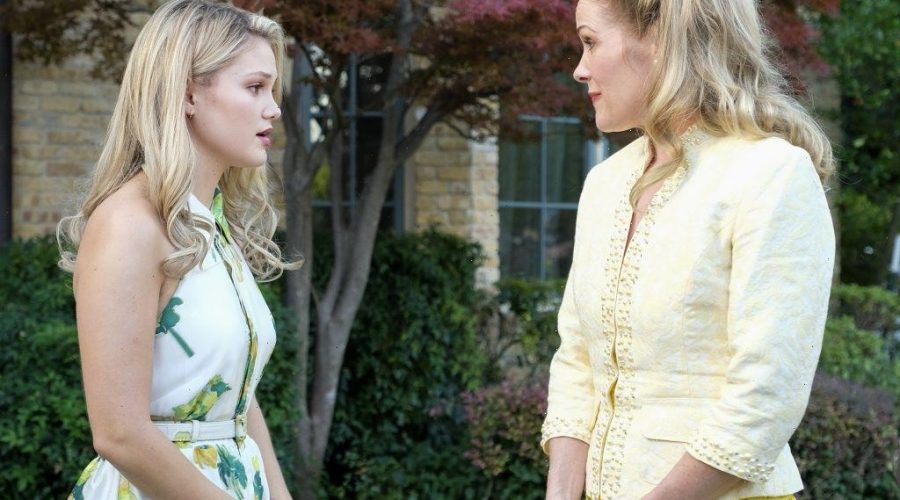 In Cruel Summer Episode 7, viewers saw Joy Wallis’ true colors. In 1993, when Kate confronted her mother about seeing Joy kissing Scott, Joy denied it. Kate’s father, Rod Wallis (Ben Cain), didn’t know who to believe. He watched Joy smack their daughter, and then Joy watched Kate pack her bags to run away. Viewers finally saw that Kate went to the assistant principal Martin Harris’ (Blake Lee) house on her own. She cried to him because he had told her to share the family secret, and Martin took Kate inside.

In 1994, Joy hadn’t grown or changed at all. She pushed her daughter to appear on The Marsha Bailey Show to paint the Wallis family in a better light. In 1995, Joy only got worse. Kate discovered that her mother was the one who sent her the letter calling her a “liar.” At the end of the episode, viewers watched Derek Turner (Barrett Carnahan) discover the chat between Ashley Wallis (Ashlei Sharpe Chestnut) and Kate. He quickly printed the discussion and gave it to Jeanette.

Jeanette shared the chat room discussion with her lawyer and father.

“This could help demonstrate that Kate has bent the truth,” Denise explained.

“And now we have proof,” Jeanette added.

In the 1994 clips from the Cruel Summer Episode 8 promo, viewers watched how Jeanette’s friends turned on her. She even contemplated dropping out of high school.

Did Joy Wallis know where Kate was?

In another 1993 scene from the Cruel Summer Episode 8 promo, Joy Wallis confronted Martin Harris about Kate.

“Do you know where my daughter is?” Joy asked the assistant principal. “Maybe it’s time to involve the police.”

Meanwhile, viewers saw that Jeanette overheard the conversation between Joy and Martin. That’s how she was one of the first people to know that Kate was missing. However, it seems odd that Joy asked the assistant principal about her daughter. Did she know something about Martin and Kate that she’s not letting on?

“Indeed, it seems ultra suspicious,” one viewer wrote on the YouTube video of the Cruel Summer Episode 8 promo. “Now that we know that Joy was behind the “LIAR” note, it appears as though she knows more than she’s letting on.”