BBC Breakfast viewers saw Dan Walker scolded by Carol Kirkwood today. It comes after the presenter asked the resident meteorologist whether she had conjured up “fake” images for her latest weather report.

Louise Minchin kicked off the first weather segment with: “Nine minutes past six, Carol’s got a rainbow for us! Thank you and good morning!” 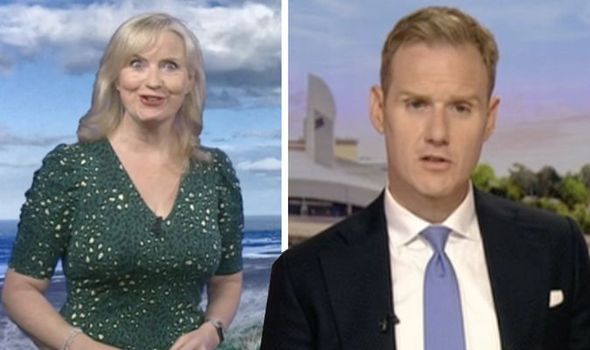 The expert weather reporter then delivered the five day forecast for those watching at home.

Later on in the show, Dan and Louise returned to Carol for an update.

“Earlier Louise, you said that Carol had a beautiful rainbow -“ he commented to his co-star. 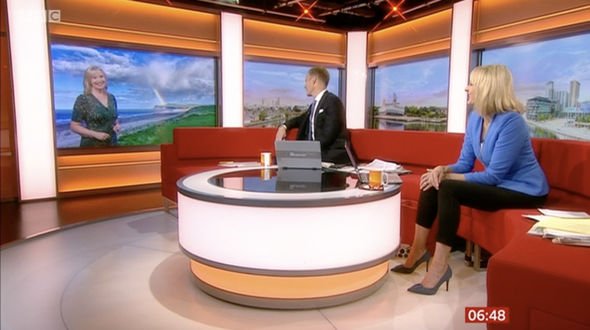 Louise remarked: “She did!”

“Carol, have you drawn that one [photograph] on, it looks like a fake one!” Dan cheekily said in reference to an image submitted by a viewer.

“How very dare you Dan – no I have not!” Carol hit back, stunned by his comment. 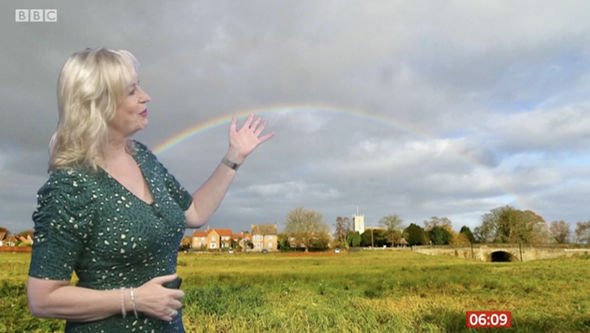 She then got stuck into delivering the latest weather summary: “For many of us today, there will be a fair bit of cloud around.

“Some of us will see some sunshine, and there’s also going to be scattered showers.”

Carol returned to BBC Breakfast a couple of weeks ago, following a break when she took annual leave.

The MP spoke about the government’s coronavirus test and trace system.

However, viewers were not impressed by the conversation and rushed to Twitter to complain.

“Another car crash interview with no answers…..just don’t look at the government..(not their fault) wash your hands ie it’s your fault,” one viewer moaned online.


BBC Breakfast airs everyday at 6am on BBC One.

06/10/2020 TV & Movies Comments Off on Dan Walker chastised by Carol Kirkwood over cheeky claim ‘How very dare you!’
Lifestyle