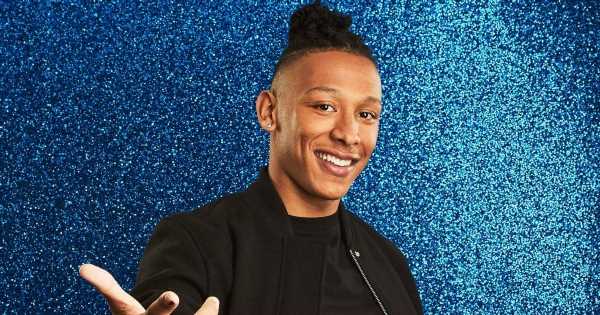 Dancing On Ice 2022 contestant Kye Whyte has revealed his latest tattoo, inspired by Japan on Instagram, which he got to honour his silver Olympic win from this year's Tokyo Olympic games.

On his Instagram stories, adrenaline junkie Kye re-shared a video of him taking a seat in the tattoo parlour chair whilst the artist appears to be tattooing the Japanese inspired design on the Olympian.

At the beginning of the video, the BMX rider's silver Olympic medal and his blue and white Olympic Team GB outfit are teased before the camera angles change, showing Kye in the seat getting his tattoo done.

The 22-year-old shared an Insta reel on his main page, showing off the tattoo design.

The design included the 5 Olympic rings surrounded by a Japanese landscape: a mountain range in the background with a traditional Sakura tree, also known as a cherry blossom tree, on the side of the Olympic rings.

There's no doubt that Tokyo, Japan holds a special place in Kye's heart after his Olympic victory.

He shouted out the tattoo artist and studio in the captions reel, writing: "Olympic Tattoo complete by @bluerose_tattoo big shout out to @mckenzie_ink_.

Olympian Kye Whyte has signed up to Dancing On Ice months after he won a silver medal at the Tokyo 2020 games for BMX racing – he will join the likes of Liberty Poole and Rachel Stevens in January to fight for first place.

His decision to take part in the show was announced on CBBC's Newsround recently as he told the hosts he was "feeling good" about signing up.

He said: "I think I can win Dancing On Ice. I'd love to see if I can make the final because, as I said, I'm very competitive. You know what? I want to make the final!"

The show, hosted by Holly Willoughby and Philip Schofield, is set to return in its usual spot in January 2022.