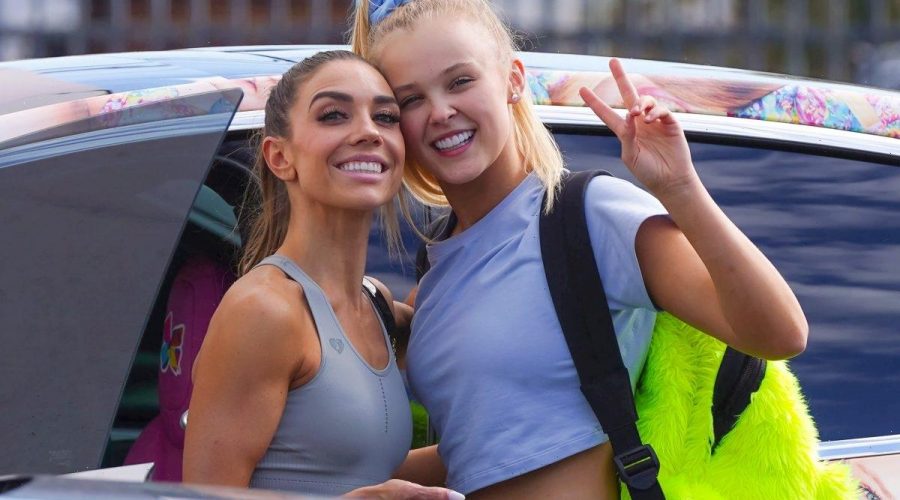 Before Dancing with the Stars, Siwa made headlines when she opened up about her personal life. In January 2021, Siwa announced she is a gay member of the LGBTQIA+ community. At the time, Siwa received a tremendous amount of support from her fans and peers.

Later, Siwa shared even more big news with her followers, announcing her involvement in DWTS Season 30. Siwa is in the first same-sex pairing with the DWTS Season 26 champion. “[A same-sex partnership has] never been done in America before, but it has been done in the U.K.,” Johnson Chmerkovskiy explains during the “Defying Gravity with Jenna Johnson Chmerkovskiy” episode of the Scrubbing In with Becca Tilley & Tanya Rad podcast.

Throughout Dancing with the Stars Season 30, Johnson Chmerkovskiy says there have been a few hateful comments regarding her dancing with Siwa. Still, the DWTS pro remains giddy about the partnership and the challenges it has presented her with, which is something she was looking for in her career. “[Dancing with Siwa] has seriously exceeded all of my expectations,” she explains.

Fortunately, her connection with Siwa was instant, which makes it easier to ignore the haters. “We both [feel] so comfortable doing it, I think it’s translated…and felt natural for everyone else watching us,” she adds. “I was shocked [many fans were] full of love and support — you get a few of those bad apples but I was blown away at how accepting everyone is of the situation.”

Like many of the other couples competing this season, Siwa and Johnson Chmerkovskiy want to win. “You know what you’re putting into your project, so why dwell on the negative,” she says of the hateful comments. “I just want to keep proving people wrong. People are just rude, but I think [I’m] so inspired by my work this season that it hasn’t really phased me.”

Can Siwa and Johnson Chmerkovskiy take home the Mirrorball Trophy this season? Watch Dancing with the Stars Monday nights at 8 PM on ABC.

01/11/2021 TV & Movies Comments Off on 'Dancing with the Stars': Why Jenna Johnson Chmerkovskiy Is 'Blown Away' by Her Partnership With JoJo Siwa
Lifestyle