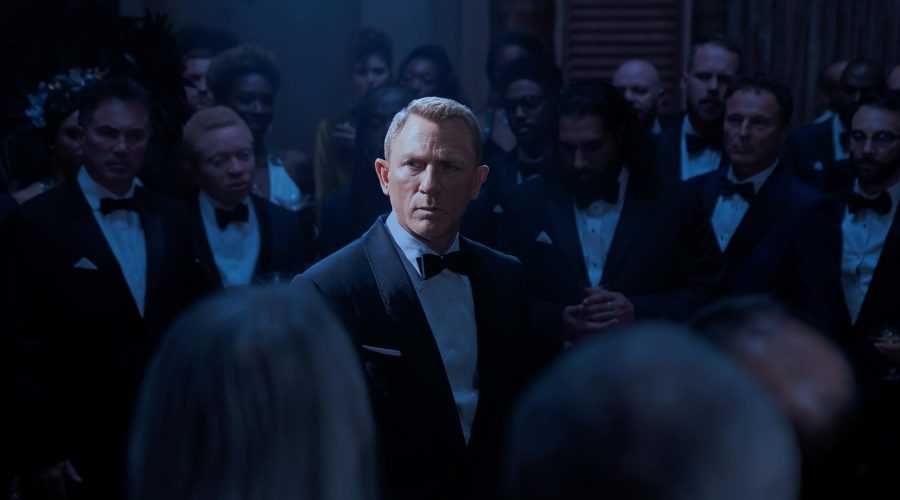 He was blonde, for starters — that was enough to throw some purists into a tizzy. Stockier, too, with a pugilist’s build, and muscles that looked earned rather than sculpted in a gym. Handsome, but not in a pretty way, with that barroom brawler’s mug of his. Those blue eyes were less suggestive of matinee-idol seductiveness than a subzero temperature, chilling everything right beneath the surface. Unlike many of the previous Agent 007s, his vibe was way more East End than Eton, and the confidence of his movements only emphasized that he was a coil perpetually on the edge of springing. Still, he could do everything that was required for the role: handle a gun, throw a punch, trot the globe, quaff a martini, drive sports cars at high speeds, look good while blowing up an island lair, look great in a tuxedo, convince you he could bed numerous women in a single night and kill a man with his bare hands. There was nothing that suggested that, given the right circumstances and a halfway decent villain to go up against, Daniel Craig couldn’t make for a perfectly capable James Bond.

And yet, from the moment you see Craig’s Bond onscreen, bashing a guy to death in a bathroom and shooting another man in cold blood, you could see that things had suddenly taken a hard right. This wasn’t just a changing of the guard. It was changing of the game.

Think back to 2006, when Casino Royale dropped before a very expectant public, one who’d been dutifully lining up every few years to see a Bond movie since the early 1960s. Regardless of whether you grew up with Sean Connery’s original-recipe 007, or the extra-crispy Roger Moore entries, or somewhere within the Timothy-Dalton-to-Pierce-Brosnan era, the adventures of Ian Fleming’s superspy have been a constant of our pop-culture diets. You knew what you were getting, more or less — the only differences were the haircuts, the outfits, and what trendy ephemera was lurking in the margins (laser beams, Blaxploitation elements, redneck sheriffs, set pieces in space, Denise Richards). Even when the franchise took a step back to comment on its own sense of mustiness, and how dated the premise of a guy chasing skirt in between saving the world (or maybe vice versa) seemed, it did so with a knowing yet reassuring wink. Judi Dench’s M calling Pierce Brosnan’s Bond “a sexist, misogynistic dinosaur…a relic of the Cold War” in Goldeneye acknowledges that this international-man-of-mystery idea was already two generations behind the times circa 1995, before then giving us four more films brimming with the exact same things. We accepted that 007 would be simple, uncomplicated, out-of-touch yet timeless. Our Bond would always be our father’s Bond and our grandfather’s Bond. 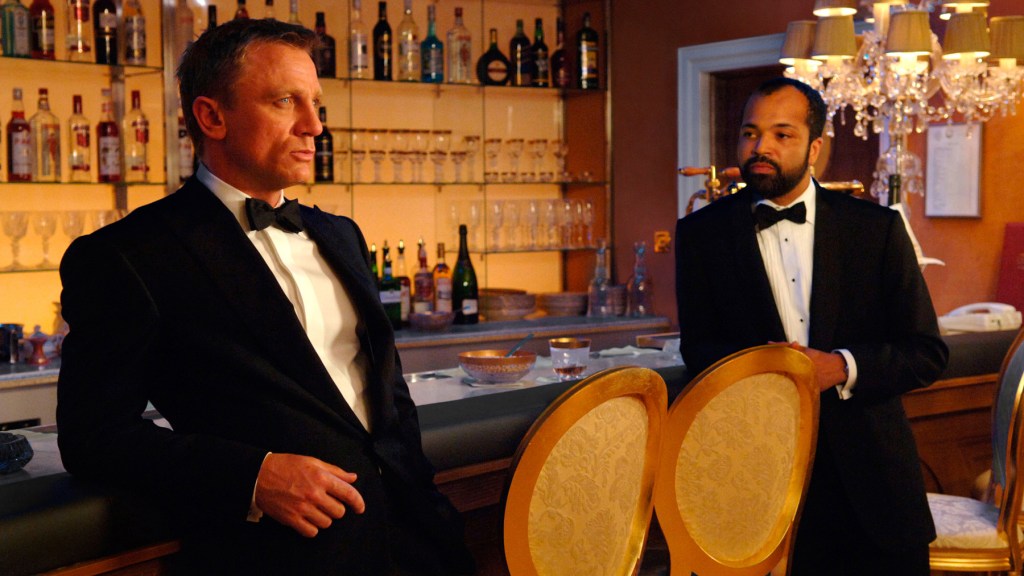 It was all part of a breath-of-fresh-air overhaul for a franchise that, frankly, needed it. The staleness factor certainly played a part — how many times can you stop megalomaniacs without making it feel, as Connery wearily referred to the professional world-domination racket, like watching the “same old dream?” So did the fact that the Bond movies now had strong competition in the screen-superspy business; it doesn’t take long to notice that this latest Bond is a Bourne-again version of Fleming’s hero. (The emphasis on close combat and Krav Maga-style fighting, which those movies based on the Robert Ludlum books popularized, would become even more pronounced as the Craig films went on — see: the claustrophobic apartment throwdown in 2008’s Quantum of Solace. It’s probably not a coincidence that the fight trainer for that movie, Marvin Stewart-Campbell, also did stunts on The Bourne Ultimatum.) You still had Bond chasing folks across rooftops and through crowded city streets, still jumping motorcycles and piloting helicopters, still blowing entire evil-genius fortresses to bits. But there was an edge to all of these set pieces when Craig did them. An edge and, surprisingly, an elegance: Not even Connery could have pulled off the flex in Skyfall when, after tearing open a train compartment with an excavator, Bond leaps through the hole and stops to adjust his cufflinks before continuing his pursuit.

But Craig also brought a sense of bruised, battered humanity to the character, and this is where his Bond really differs from his predecessors. Our man James was about to be put through a pop-psychology makeover from his longtime series caretakers, and right at the moment where the notion of serialized storytelling across franchises would become the de facto norm. It made sense that for Craig’s tenure, they would go back to the Fleming book that started it all and then slightly rebuild 007 in a way in which the events of one movie would reverberate into the next one. There was an emotional aspect to this killing machine that we hadn’t seen before, or at least not at this level. Bond at a high-stakes card table, facing down a bad guy like Le Chiffre, pausing only to dispatch of some terrorists in a stairwell? Anyone could do that. Bond comforting his partner in deception and future soulmate, Vesper Lynd, in a shower while she freaks out after killing someone, and him gently kissing the blood off her fingers? There’s a tenderness there that felt unique. Ditto the way his loss at the end of the movie would become a trauma that followed him. This wasn’t a Teflon Bond. The man was scarred. 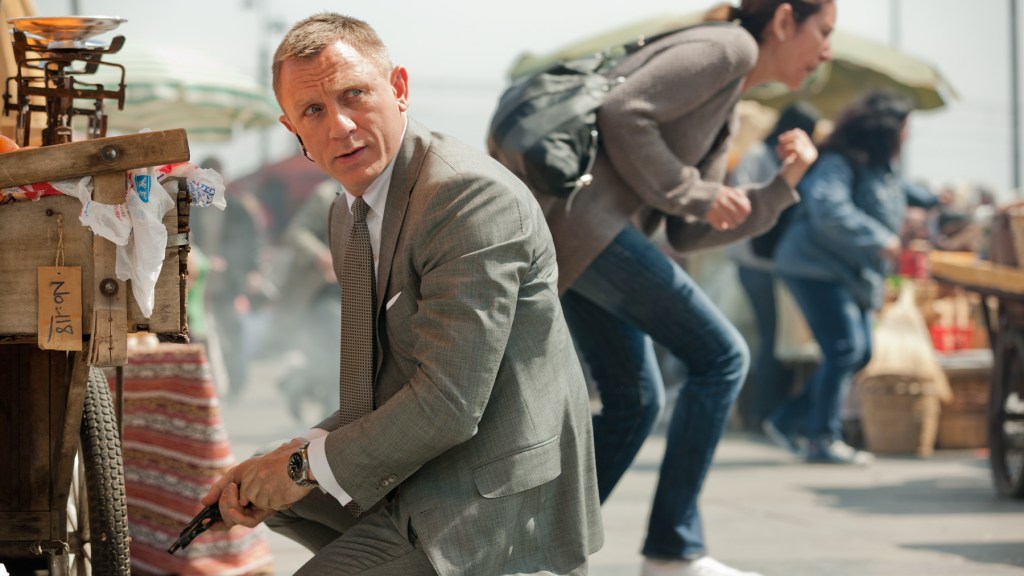 Craig’s flesh-and-bone interpretation not only kept Casino Royale from feeling like a generic action movie coasting on pedigree; it would lay the groundwork for the next four Bond films that came after. The screenwriters, notably series veterans Neal Purvis and Robert Wade, began to tread into territory where the sins of mothers and fathers would keep weighing on sons and daughters. Bond was often a man with an long kill sheet, an endless supply of innunendos and no real past; that would change drastically, and now seems impossible to imagine without Craig gifting 007 with a heart and soul to match the physique. (There are a lot of cracks about Bond’s age in these movies, but Craig is the only Bond who shows up in more states of undress than his female costars, and, regardless of your sexual preferences, it’s extremely easy to see why.)

We’d find out that he was an orphan, he had unresolved issues, he could love someone, and he couldn’t just shake off things he’d done — or hadn’t been able to do. In Skyfall, arguably the best standalone film in Craig’s 15-year stewardship of the character, Bond literally ends up destroying the estate where he spent his childhood. You can’t go home again, but you can blow it up.

Yes, some of it stretched the suspension of disbelief to the breaking point — we’re still a little unsure about the whole “Bond has a step-brother, and guess who it is?” plot surprise. Yet Craig would be called upon to give a character who was merely the sum of his well-worn parts some emotional stakes, while still giving us the pleasures of a Bond movie. And time after time, film after film, he rose to the challenge. Without giving a lot away about the twists and turns that await folks in No Time to Die, the long, long, looooong-awaited final entry in the Daniel Craig era, it’s safe to say that this agile balancing act is still in effect. Now that we can see how his run ends, the achievement is even more impressive. Fleming’s Bond is in there, with his love of queen and country and specifically made martinis and sharp lapels and expensive watches. But by this swan song’s final fade-out, you’re seeing Craig’s Bond up there. He owns him now. With all due respect to Connery, Moore, and everyone who’s had the privilege to be licensed to kill, nobody’s done Bond — the larger-than-life archetype and the man — better.