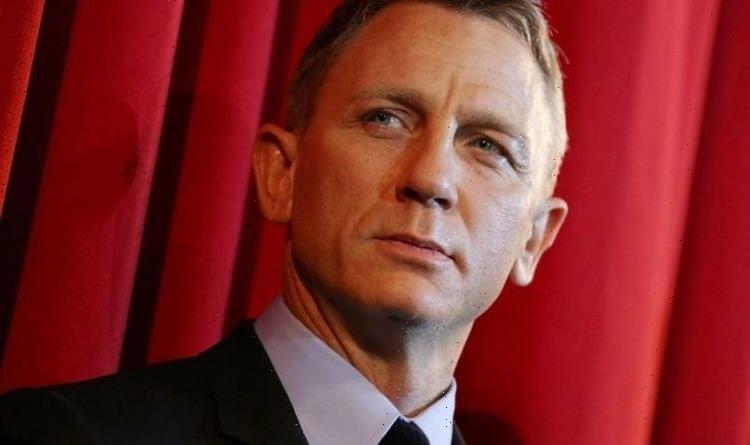 New James Bond film No Time To Die premieres tonight at the Royal Albert Hall, two days before its long-awaited cinema release. Mr Craig will be reprising his role as 007 for the fifth and final time, as a retired Bond is asked to help CIA agent and friend Felix Leiter find an abducted scientist Valdo Obruchev. The search leads the pair to super villain Safin, played by Oscar winner Rami Malek, whose devastating plan could see the death of millions.

No Time To Die is also directed by Cary Joji Fukunaga, who wrote critically acclaimed Beasts of No Nation, while Fleabag’s Phoebe Waller-Bridge was among the film’s team of writers.

Mr Craig’s performances as James Bond have been a massive critical success while speculation has been rife as to who will inherit the role from the Chester-born actor.

In an interview with Radio 1 last week, Mr Craig offered very direct advice to the next Bond actor.

The 007 star, who inherited the character from Pierce Brosnan added: “I just wanted to make sure I left it in as good a place as I found it ‒ that’s all I cared about.

“And I think that anybody who takes it on will feel the same way because it matters.

“The importance of it for the fans and for everybody involved is to make the best movies we can and I think that’s what I’ve certainly tried to do and all the people I’ve worked with have tried to do.”

Mr Craig’s first performance as Bond was in 2006’s Casino Royale, which is widely regarded as one of the best films in the franchise.

He has since reprised the role in Quantum of Solace, Skyfall, Spectre and of course, No Time To Die.

The favourite to replace Mr Craig is Tom Hardy according to bookmaker William Hill, with odds of 5/2.

Mr Hardy is a favourite of Hollywood director Christopher Nolan, having starred in Inception, Dunkirk and The Dark Knight Rises, while he also received a Best Supporting actor Oscar nomination in 2015 for his performance in The Revenant.

The actor, who starred alongside Mr Craig in 2004 film Layer Cake, told the Daily Beast of the Bond claims: “If I mention it, it’s gone.

“You know there’s a saying amongst us in the fraternity of acting that if you talk about it you’re automatically out of the race.

Bridgerton star Rege-Jean Page who shot to fame as the Duke of Hastings in the Netflix period drama is second favourite to take on the coveted role with odds of 3/1.

When asked by Jimmy Fallon about the Bond links Mr Page, who would become the first person of colour to play 007, said: “I think the internet thinks a lot of things, that’s one of the more pleasant ones, so I’m pleased as far as that goes.

“But there might be an element of cultural translation here.

“If you’re a Brit and you do something of any kind of renown that people regard well, then people start saying the B word ‒ it’s like a merit badge.”

James Norton, who stars in McMafia as Alex Goodman, the son of a Russian Mafia boss, is also at 3/1 to be the next Bond.

The 36-year-old received a Bafta nomination for his role in Happy Valley in 2015 and also starred alongside Lily James and Paul Dano in the BBC’s 2016 dramatisation of Leo Tolstoy’s War and Peace.

However Mr Norton told the Independent that if playing Bond meant sacrificing roles in indie films, “it would be a hard thing for me to swallow.”