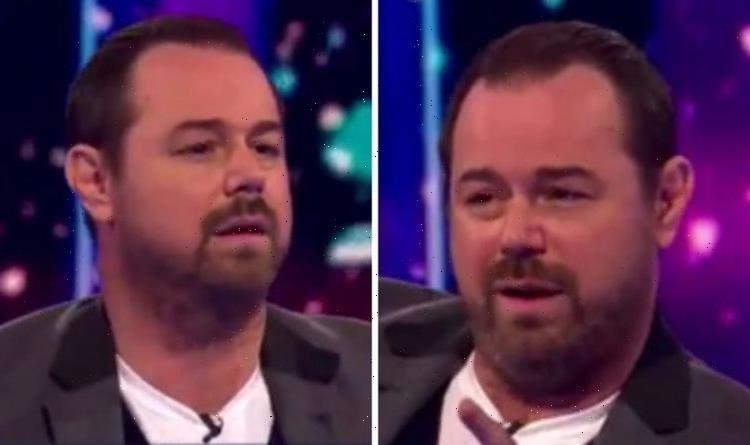 The EastEnders star appeared on the BBC gameshow on Christmas Day as a celebrity guest, where he was faced with a question about what people eat on Christmas Day. The Mick Carter star commented not everyone will have turkey due to the “woke generation” as he considered the answer with his soap co-star Tameka Empson.

Danny, who was paying for charity, landed on Tameka to help guide him to the correct answer on The Wheel.

The pair were asked: “According to a 2020 YouGov survey, what percentage of Britons said they had turkey for Christmas Dinner?”

“I’d say about that, but is it less?” Danny wondered.

The actress replied: “I think people will buy turkey for Christmas.

“It’s the time that they will buy it.”

“The what?” The presenter asked, turning to Danny.

“The woke generation,” the actor repeated.

Comedian Jason Manford, who was also on the show as one of the experts, quipped: “They’ll have the left wing.”

“Come on, man,” Danny remarked during the wait.

Unfortunately, the guess was incorrect, and Michael confirmed 54 percent was in fact the right answer.