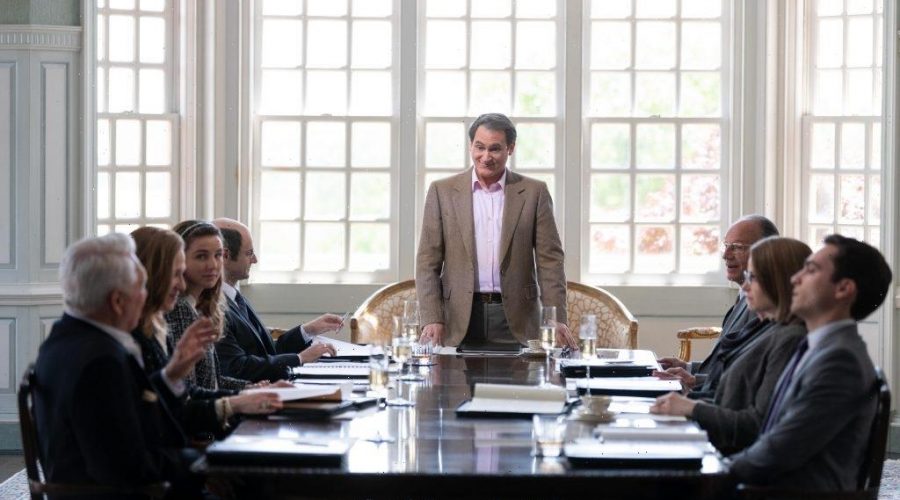 Actor Michael Stuhlbarg portrayed Richard Sackler in the limited Hulu series, Dopesick. However, little did he know when he accepted the role that someone would harass him into quitting the series. The 8-episode Hulu series dramatized real-life events surrounding Purdue Pharma and the opioid epidemic in America. Why did someone send a “harassment intimidation” letter to Stuhlbarg?

A large portion of the Dopesick series is set in the fictional town of Finch Creek, Virginia, but modeled from the real-life coal-mining towns where Purdue first launched OxyContin. Creator Danny Strong based a lot of the story on Beth Macy’s nonfiction book. The author also joined the producer in researching new developments in litigation against Purdue Pharma as the series came to fruition.

In an exclusive interview with Showbiz Cheat Sheet on Nov. 15, showrunner Danny Strong explained that he and Macy felt they had an ongoing investigation into Purdue Pharma as they developed the series. They made changes to the series daily as new developments arose.

The Hulu series Dopesick is devastatingly accurate, although some characters are composites of real-life individuals. Strong attempted to find the motive behind Richard Sackler continually pushing OxyContin despite widespread reports about deaths due to the drug. However, the Dopesick creator had difficulty finding anyone to say something nice about the former Purdue Pharma president. After all of his extensive research, Strong believes Richard Sackler should be in prison.

Strong also explained that Disney received numerous letters from Richard and David Sackler’s lawyers. (Disney owns Hulu, the streaming service that first launched Dopesick on Oct. 13). However, they didn’t stop with the company, but the Sackler’s lawyers also sent at least one letter to Stuhlbarg, who portrayed Richard Sackler in the series.

“They sent a letter to Michael Stuhlbarg’s lawyer,” Strong explained in the Dopesick interview. “[It was] sort of a harassment intimidation tactic, which I’ve never heard of before. And then there are things online. There are ethical quote influencers that are constantly spouting talking points that attack the show.”

Strong feels that there is a litany of evidence online that shows the Sacklers trying to discredit the Hulu series, Dopesick.

In an interview with Esquire, Michael Stuhlbarg elaborated on the “harassment” letter from Richard Sackler’s lawyer about Dopesick.

“The letter was just about their concern about the story that they thought we would be telling and wanting us to know certain things,” the actor told the outlet. “I think they felt that some of the elements in Beth Macy’s book may have misrepresented them, or something of that nature.”

“Once things veer into the world of legalities, I let other people deal with it,” he added. “You know, if someone wants to have a friendly conversation, that’s one thing. If lawyers start talking to each other, it becomes something else, so I act on advice of counsel. The lawyers dealt with each other, and I stayed out of it.

Luckily, the letter did not stop Stuhlbarg from portraying Richard Sackler in the Dopesick cast. The complete eight-part series created by Danny Strong, Dopesick, is currently available for streaming on Hulu.