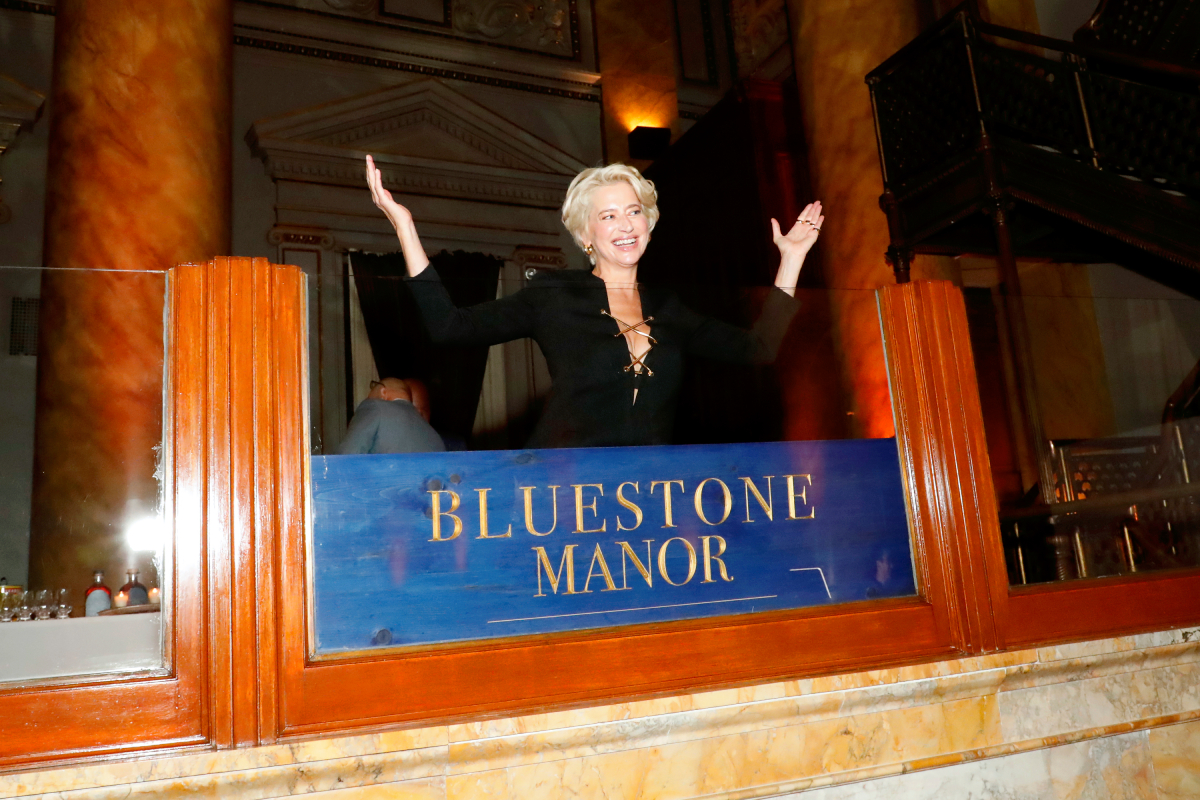 Dorinda Medley hosted season 2 of The Real Housewives Ultimate Girls Trip at her Berkshires mansion, Bluestone Manor. For eight days, the Real Housewives of New York alum’s house was full of some of the most notorious Housewives in history — an experience she admits was filled with both fun and “not fun” moments.

One of the highlights of this “adventure,” according to Dorinda, was that her guests got to try her new Bluestone Manor bourbon.

Dorinda Medley had a house full of big personalities

The “Make It Nice” queen admitted to Pop Culture that after nearly two years in lockdown, the ladies “all needed a minute” to get used to the intensity of a large group full of big personalities. Not to mention an entire production team.

“It was definitely an adventure to have the eight women here for eight days,” Dorinda shared. “I think being with people at all after going through the pandemic – we all got into our routines.”

Dorinda says that one thing she realized after she was put “on pause” from Real Housewives of New York was that “people love Bluestone Manor.” Built in 1902, Dorinda says the home is rumored to have been a speakeasy during the 1920s. It’s also been the location of some iconic moments in Housewives history.

When she got the opportunity to create a bourbon inspired by her iconic home, Dorinda says it was the perfect project for her post-RHONY.

She explained that her Bluestone Manor bourbon has notes of creme brulee, honey and dried fruit as well as aromas of caramel, butterscotch, and vanilla. And, she “wanted it to linger like a good conversation.”

“I really realized even before COVID, that women, especially women … we’re starting to drink more dark liquors,” she noted. “There’s something powerful about that.”

Dorinda told Showbiz Cheat Sheet that while filming season 2 of The Real Housewives Ultimate Girls Trip, her co-stars had the opportunity to try her new bourbon. The RHONY alum explained that she prefers drinking it neat with a slice of orange. But she also served up a few cocktails. Including her special “Make It Nice” cocktail, which was a mixture of Bluestone Manor bourbon, lime, and strawberry cacao syrup.

For her Maple Walnut Old Fashioned, Dorinda says she mixed together two ounces of Bluestone Manor Bourbon, four dashes of walnut bitters, and a quarter-ounce of maple syrup. She garnished the drink with an orange peel and cherries.

Dorinda told Entertainment Tonight that her home was “sort of” still standing after hosting a group of Housewives for eight days.

She went on to say that what was so amazing about the experience is “you don’t know anybody until you live with them for eight days.” Dorinda noted that she “really got close” to Phaedra and Eva, calling them her “girls.” She also admitted that there were “a couple disruptions” with Vicki, but they were “good in the end.”

“You know, we had some good discussions,” Dorinda revealed. “Listen, what would a visit to Bluestone Manor [be] without some really heavy-duty discussions? Isn’t that what you expect from us? Who wants dull?”

Dorinda’s bourbon is now available to order on the Bluestone Manor website. It will hit stores nationwide in 2022. She says when customers order a bottle, she wants them “to feel as if they had a piece of Bluestone Manor.”

“This bottle is very specifically designed. I wanted something that was beautiful, that was reflective of the rich history, and I know we’ve accomplished this,” Dorinda told us.

“Every detail is carefully planned out, from the decanter-like bottle, to the peacock on the label – which is representative of the peacock that is in my blue room at Bluestone Manor.”

20/12/2021 TV & Movies Comments Off on Dorinda Medley Just Hosted Some of the Most Notorious 'Real Housewives' in History at Bluestone Manor — and They Got to Try Her New Bourbon!
Lifestyle