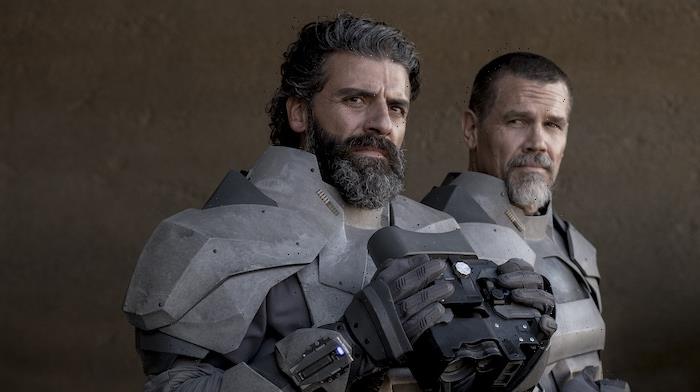 As the premiere of Denis Villeneuve’s Dune comes ever closer, Warner Bros. is getting the general public up to speed on what the hell the movie is all about.

The latest effort is through a series of character-based teaser trailers. Wondering who each A-list actor is playing in the film? Check out below to get the details.

In Dune, Oscar Isaac plays Leto Atreides, the head of the Atreides family. The universe of Dune revolves around great houses, of which Atreides is one. They are the family the Empire tasked to take on the impossible responsibility of bringing order to the planet Arrakis (aka Dune, aka the planet full of the valuable resource, spice).

Leto is a natural leader and a good man. He’s also the father of Paul Atreides (Timothée Chalamet), the Chosen One of Dune who must meet his great destiny.

Paul’s mom is Lady Jessica (Rebecca Ferguson), a woman taught by the matriarchal Bene Gesserit society. In Dune, the Bene Gesserit go through intense training to gain what seem like supernatural abilities to tell when someone is lying, among other things. The group is a powerful one that works behind the scenes to influence political and social machinations within the Empire.

Lady Jessica is a member of this order, but also dearly loves her son, Paul. She’d do anything for him, including give up her life to protect him.

Duncan Idaho (Jason Momoa) is Leto Atreides’ right-hand man. He is a master fighter and also trains Leto’s Very Special son, Paul. In the book, Idaho builds ties with the Fremen, the Arrakis natives who fight against the savage Harkonnen family.

Dr. Yueh (Chen Chang) is the doctor for House Atreides and personally sees to the physical care of Leto, Paul, and Lady Jessica. This clip has Dr. Yueh talking about the properties of the spice (aka mélange) that has psychedelic properties when consumed by individuals. (It also makes them live longer, among other things.) Dr. Yueh plays a pivotal role in the story of Dune, but to say more would get into spoiler territory.

Does that help sort out who some of the major characters in Dune are? I hope so — Dune has a lot of characters and a complicated plot, but I hope viewers will give it a chance. I’ve seen about 15 minutes of Dune on IMAX, and Villeneuve’s adaptation of this world is truly breathtaking. And the journey these characters take is an epic one.

Here is the synopsis for Dune:

Paul Atreides, a brilliant and gifted young man born into a great destiny beyond his understanding, must travel to the most dangerous planet in the universe to ensure the future of his family and his people. As malevolent forces explode into conflict over the planet’s exclusive supply of the most precious resource in existence, only those who can conquer their own fear will survive.

13/08/2021 TV & Movies Comments Off on 'Dune' Lets the Character Teasers Flow: Learn Who is Who in the Upcoming Sci-Fi Epic
Lifestyle