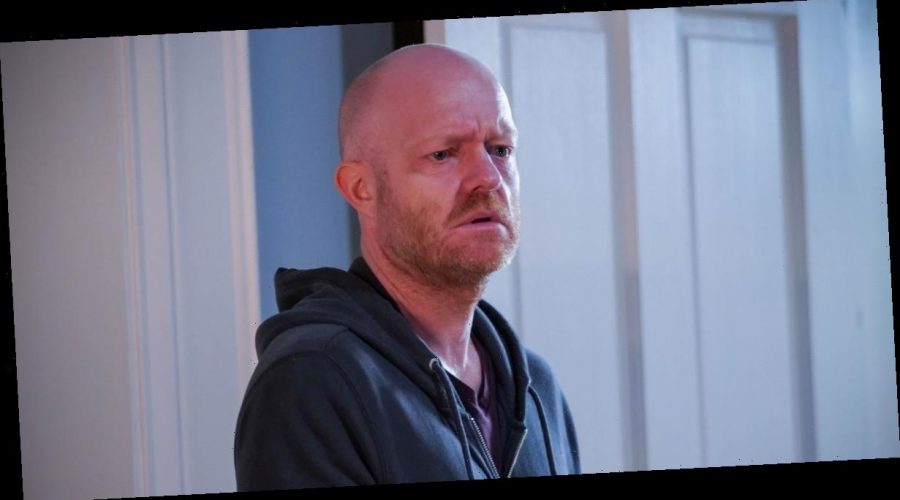 And while BBC producers have not ruled out a potential comeback in the future, we’ve decided to take a look back at the character’s best storylines.

An Albert Square regular for the last 15 years Branning (Jake Wood) bids farewell this evening having been Walford’s serial womaniser for over a decade.

Max’s roving eye has landed him in hot water on far too many occasions, but he never seems to learn this naughty lesson.

And although his heart seemingly belongs to wife Tanya, the shock arrival of his secret second wife Kirsty has been the talk of the Square.

The former car salesman has certainly had plenty of fun on his time with the hit soap. Whether it be notching another bed post or angering a jilted husband, Branning will be sorely missed by fans.

The snake-hipped lothario sunk to a new low when he had an affair with Stacey Slater – who was his son’s fiancee!

The gripping plot reached a crushing crescendo on Bradley and Stacey’s wedding day.

Dot Cotton was keen to watch the Queen’s Speech live on Christmas Day 2007.

But instead the family gathered to watch Lauren’s specially made DVD of the wedding.

The gruesome betrayal was revealed when everyone saw the groom’s dad snogging the face off the bride-to-be. Ouch!

Max gets his comeuppance when he is buried alive by wife Tanya.

In another memorable and shocking scene from the soap, Max is hauled through woodland in Epping Forest and is buried alive with the help of lover Sean Slater.

But guilt-ridden Tanya returns to the grave and digs Max up before fleeing the Square.

The revenge plotline was so controversial some viewers complained about the graphic content of the scenes.

For all his cheating and endless betrayals, Max was crushed when he discovered Tanya had cervical cancer.

He put his wedding ring back on and comforted his wife on their marital bed saying he was going to stay by her side through the ordeal.

“I’m sticking around, I’m going to get you well,” he said in a touching scene.

“Everything’s going to be alright. I love to Tanya, just like I always have.”

After the DVD debacle which caught Max in the act, the pair’s relationship was never going to be healed.

But fans were left choked up for Max when his son suffered a fatal fall from the Queen Vic roof during the show’s 25th anniversary.

Dubbed The Battle of the Baldies, the duo have clashed on many occasions.

And the feud boils over when Phil Mitchell’s son takes an interest in Max’s daughter Abby.

“You are not going out with a gay, convicted murderer,” ranted Max in a famous scene in Phil’s kitchen.