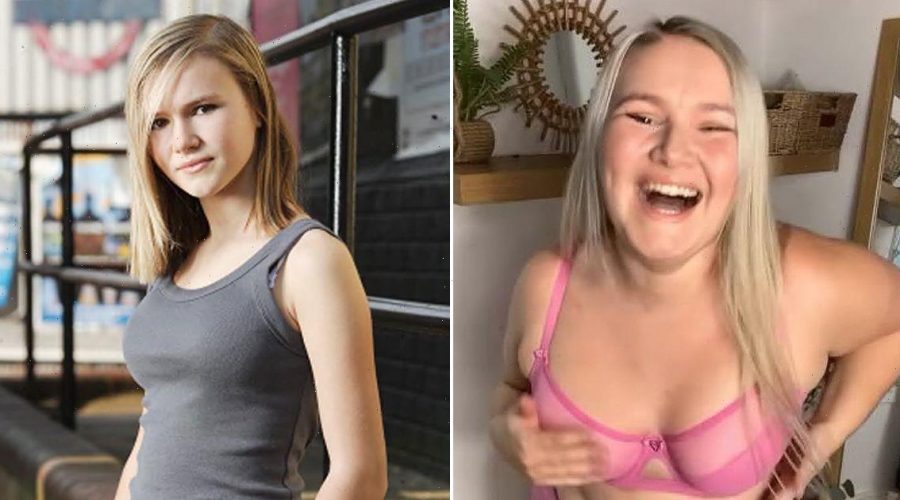 EastEnders' Melissa Suffield has opened up about clothes not fitting after postpartum weight gain and how she was "a bit sad" initially.

The blonde beauty, 30, has made a name for herself in the realms of body positivity and self love since departing Albert Square in 2010.

Under the name @the.confidentmama on Instagram, Melissa has built up a substantial following of more than 50,000 and inspires mums and other women to love their bodies.

Melissa previously spoke to us about not being able to lose weight due to "inflamed tendons", and it was in this chat that she revealed how she has some really nice clothes she can no longer wear.

Speaking to us in a candid conversation about postpartum weight gain, Melissa openly admitted that she gained weight after giving birth.

"So long after being pregnant [with her son River] I was actually gaining weight, and it was a tough cookie to swallow for a little while.

"But I just went 'oh my god, it's actually fine, actually the world's not ended, actually it's fine."

She then told us: "The only sad thing about it is that I've got loads of really nice clothes that I used really enjoy wearing."

Melissa added that they are "miles away from ever fitting" her again, adding: "And I really do not think that they ever will fit me again."

"Even if I shrunk down to as small as a size eight, which let me be real, I don't think I'm going to, I think honestly the shape of me has changed." She then spoke of how this realisation was "a bit sad" and how it took her a minute to get her head around it.

"But when I did [get my head around it], I felt like I had unlocked a f***ing secret," she explained.

Elsewhere in our chat she spoke of her size when she said: "I'm acutely aware of the fact that I'm actually not plus size," adding: "I'm close," with a chuckle.

"I'm always really conscious to not insert myself into a community that actually isn't mine to be a part of."

For more of the latest showbiz news from Daily Star, make sure you sign up to one of our newslettershere.