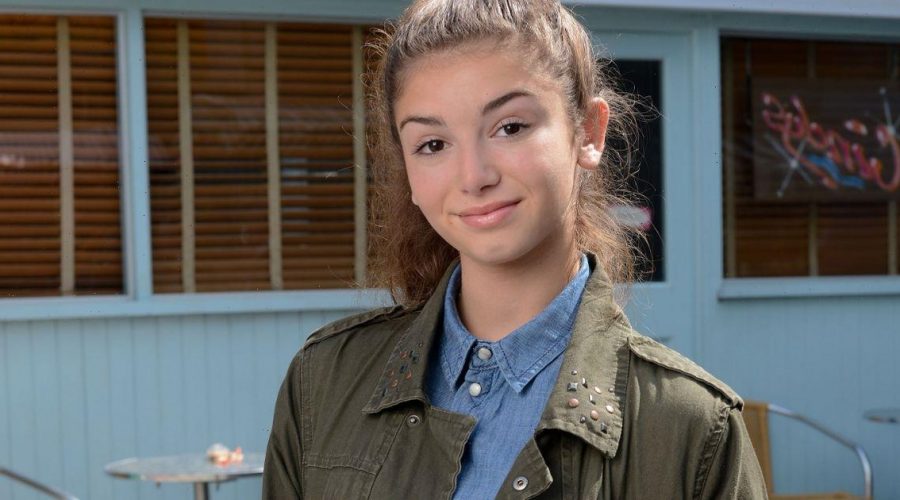 As EastEnders fans eagerly hope a return from Mimi’s Keene’s character Cindy Williams next week, the former soap babe unveiled a glam new look on Instagram as the star enjoys life away from Walford.

The Hertfordshire-born actress is best known for playing teenage mum Cindy Williams, daughter of legendary Cindy Beale, between 2013 and 2015. T

However, she looks totally different since her exit as the star was recently seen with a stylish new hairdo in an Instagram story.

Fans are used to seeing her with long wavy hair, but in the new snap she shows off her poker straight locks and a sleek fringe.

This isn’t the first new look for the rising star, who recently headed to fashion week in Paris as she sets out to become a trailblazer in the fashion world

Let’s take a look at the stunning actresses gorgeous transformation…

23-year-old Mimi looked looked worlds away from Walford as she unveiled this glam transformation on a night out earlier this year.

In the stunning snap, the brunette bombshell can be seen sporting a sleeker style, with her locks tied behind her face as she opted for natural but glam make-up.

The star had previously revealed the sleeker looks on her Instagram story as she dined out with friends earlier this year. Mimi smiled for the camera as she sipped her wine.

She completed her look with a blue and white floral dress and glam make-up.

The fashion-forward star also shocked fans at her 22nd birthday after she dyed her brown hair blonde.

Mimi looking incredibly glamorous with glossy blonde curls wearing a silk dress and sipping cocktails while her friends sang Happy Birthday to her. She also snapped some video with poker straight blonde hair as she navigated a Go Ape course with pals.

For this year's Paris Fashion Week, luxury fashion house Loewe invited Keene to the City of Light to experience the brand's new collection, and Keene decided to take ELLE—and her thousands of fans—along for the ride.

As part of her Fashion Week diary, the star walked us through her Loewe fitting, elegant hotel stay, and first time attending a PFW show.

Part of the thrill was in seeing where her own style might go next, she says. Her taste in fashion has changed completely since Sex Ed came into her life.

“My personal taste when it comes to fashion has always been quite neutral—black, white, monochrome,” Keene writes.

“But in the three years I’ve been playing Ruby, I’ve become braver and more adventurous with my style choices and my style has definitely evolved as a result.”

Mimi’s on-screen character Cindy said goodbye to Albert Square back in 2015 to pursue a relationship with love interest Liam Butcher as they set down roots in Germany. The role even earned her British and Inside Soap Award nominations.

Since then, actress Mimi's career has gone from strength to strength. In 2016, Mimi appeared in an episode of Casualty as Lana Westmore and played Megan in short film, The Escape, in 2017.

Mimi also had voice roles for video games, Castlevania: Lords of Shadow 1 and 2, and in 2019, she portrayed the role of a young Edith Bratt in the hit film Tolkien alongside Lily Collins and Nicholas Hoult.

The star is now best known for playing Ruby Matthews in the Netflix series Sex Education, and appeared in the film Close.