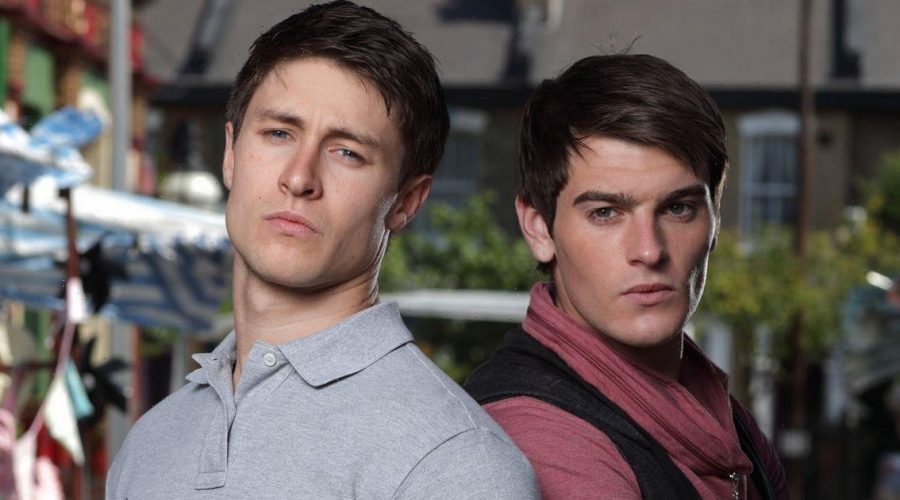 Most EastEnders fans will remember when the Moon brothers ruled Albert Square back in 2010 – but they'll be delighted to hear that they've finally reunited almost a decade after leaving the show.

Tyler Moon (Tony Discipline) and Anthony Moon (Matt Lapinskas) were the heartthrobs of Albert Square during their times on the BBC One soap.

Cheeky-chappy Alfie Moon (Shane Richie) was the first of the family on the block followed by his con artist cousin Michael (Steve John Shepherd).

Eddie Moon (David Essex), Michael's dad, then arrived with his handsome sons Tyler Moon (Tony Discipline) and Anthony Moon (Matt Lapinskas) to cause a stir amongst the locals in 2011.

Hunky antique dealers Tyler and Anthony were a hit with the ladies but they got their fingers into a lot of pies including illegal boxing, selling dodgy goods for gangster Derek Branning (Jamie Foreman), and running their antique store called The Emporium.

However, despite being popular with the square's residents and viewers of the soap, sadly life in Walford wasn't meant to be for the dashing pair.

Following an unfortunate gambling addiction, Anthony left Walford after losing the family business in a tense addiction plot in 2012.

Tyler then followed in his brother's footsteps and waved goodbye to Albert Square one year later following a failed relationship with Whitney Dean (Shona McGarty).

It's been nine years since we have seen actors Tony Discipline and Matt Lapinskas on set together, but the wait is finally over.

However, Tony took to Instagram on Tuesday (July 20) to share a photo alongside his former on-screen brother as they filmed an undisclosed project.

In the heart-warming snap, both TV stars could be seen wearing smart suits as they smiled for the camera and posed in the same stance – clearly it runs in the 'family'!

Captioning the sweet 'sibling' snap, Tony penned: "Sooo good to be back on set with my broski @mattlapinskas."

Naturally, excited EastEnders fans immediately rushed to the comments section with one person saying: "Love to see you both come back as the Moon brothers."

A second joyful fan commented: "The boys are back in town."

A third simply wrote: "The Moon brothers" followed by a flame emoji to seemingly express how dapper they both looked.