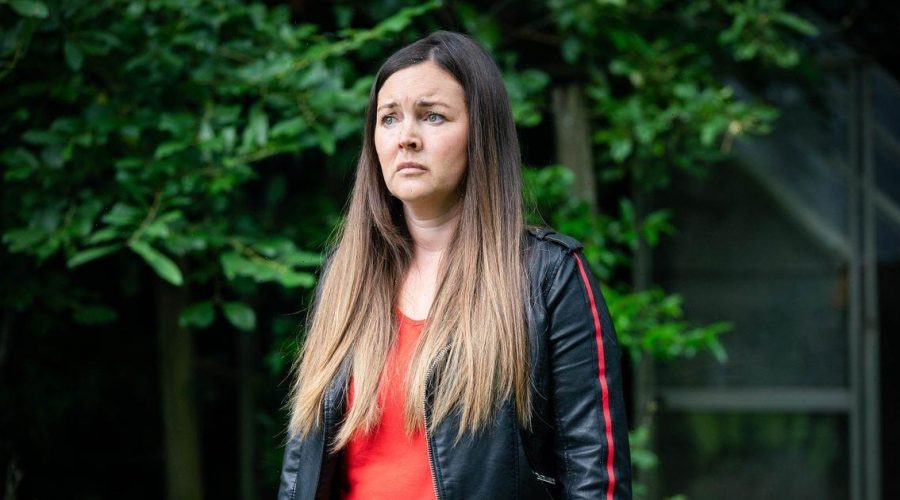 EastEnders fans will be thrilled next week as Stacey Slater (Lacey Turner) makes her big return to Albert Square.

But in typical Stacey fashion, it’s not long before she has the whole of Walford talking when she drops a huge bombshell on estranged husband Martin (James Bye).

Stacey has been serving a prison sentence for the last few months – following Lacey's maternity leave – but when Jean (Gillian Wright) hears she will soon be released, she starts to organise a big welcome home party.

As the party kicks off, Jean and Lily (Lilia Turner) are over the moon to see her – but Martin is majorly on edge.

His nerves only intensify when Stacey asks to speak to him alone later that evening.

As Martin confides in Zack, (James Farrar) Zack tells him to come clean to Stacey about his feelings for her.

He takes Zack’s advice and decides to confess – only for Stacey to drop her own bombshell that changes everything.

Meanwhile, Stacey has another dilemma on her hands when she steals Kheerat’s (Jaz Deol) keys so that she and her family can shower because Suki (Balvinder Sopal) won’t fix their boiler.

After they’ve left, The Panesars arrive back home and realise something is missing, with Suki’s suspicions quickly falling on Stacey.

As Stacey’s probation officer arrives, Suki heads round to confront her. How will their conversation end?

And it looks like there’s even more trouble around the corner when Stacey’s friend from prison Eve (Heather Peace) is hot on her heels.

Unbeknownst to Stacey, Eve heads for a drink at The Prince Albert and begins flirting with Shirley (Linda Henry).

Elsewhere, Tiffany (Maisie Smith) goes on a date to Ruby’s with new boy on the block, Aaron (Charlie Wernham).

But it doesn’t look like it’s set to be love’s young dream when it doesn’t get off to the good start she was hoping for.

However, as she leaves the restaurant, her heel snaps and Keegan (Zack Morris) comes to her rescue – is there still a spark between them?

Also this week, Kim (Tameka Empson) faces up to her heartbreak over Vincent (Richard Blackwood) again and tells Pearl (Arayah Harris-Buckle) he’s dead, before breaking down to Denise.

And, after a meal out, Sharon (Letitia Dean), Martin and Zack (James Farrar) return home to find a massive surprise on their doorstep…

To read even more soap interviews and spoilers, sign up to our daily OK! newsletter. EastEnders airs these scenes on Monday, October 24 and Friday, October 29 on BBC One