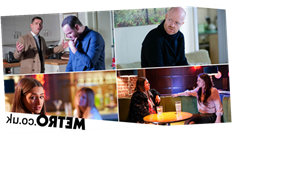 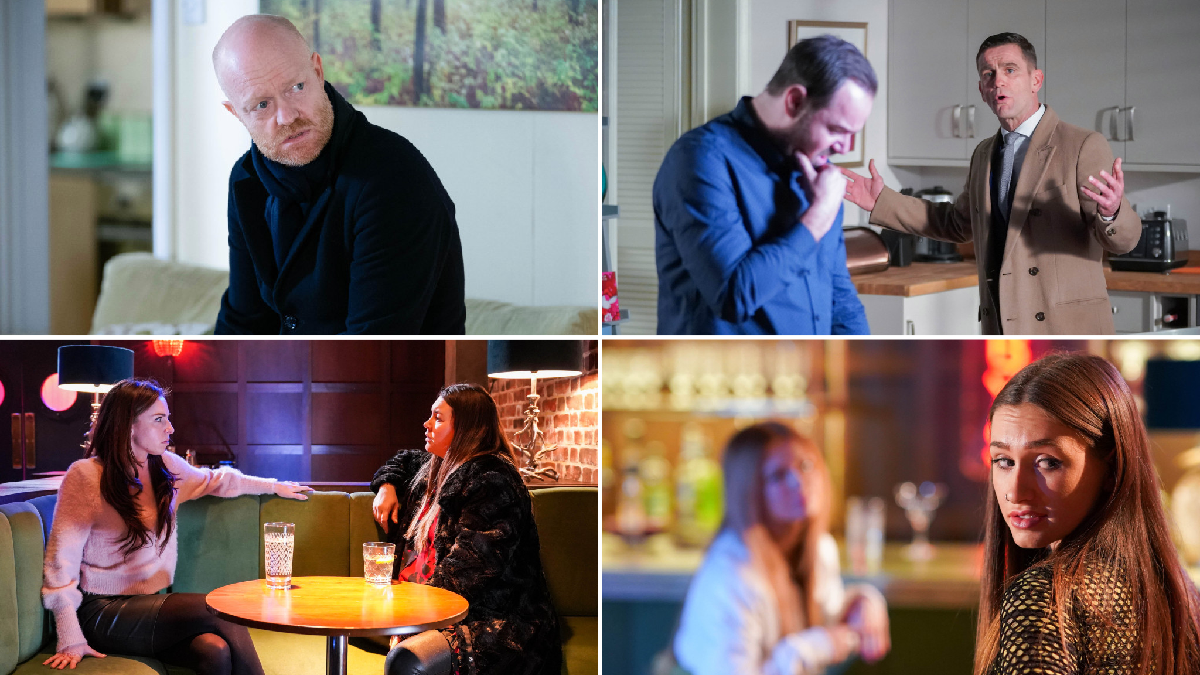 Max Branning (Jake Wood) is on a mission in EastEnders – to use Phil Mitchell (Steve McFadden) in a bid to try and win Linda Carter (Kellie Bright) back. But after a series of altercations and hard truths, Max realises he has no future in Walford.

Elsewhere, after Stacey Fowler (Lacey Turner) learns about Ruby Allen’s (Louisa Lytton) betrayals, she forms a plan to expose her once and for all…

Max approaches and offers an olive branch to Linda but Jack tells Max that he needs to stay away. Later, Max has a plan and searches Jack’s house – where he finds a USB stick.

Ash tries to apologise to Iqra and later Peter finds her feeling rejected. He encourages her that they should go out drinking together.

Iqra waits in the cafe and chats to Martin about Ruby. As Vinny arrives to speak to Iqra about Ash. Later, Iqra tells Ruby and Martin about Habiba’s news but Martin is unsympathetic to Jags. Iqra bites the bullet and reveals Ruby’s involvement in the robbery.

Peter and Ash return from a heavy night out and he tries to get her to come back to his. When he then messes around to show off and he injures himself. At hospital, Peter opens up to Ash but is soon left in agony.

Max strides over to Phil’s with the USB stick containing evidence against him. Max points out how long he could get in prison and makes a demand.

Jean encourages Sharon to give things another go with Phil and Kat tries to tell Sharon that she could do better.

Max piles the pressure on Phil, causing him to snap. Max sticks to his guns while Jean and Sharon steal a chocolate bar from Suki. Phil comes clean to Sharon about Max – he has enough evidence on him to put him away for a long time.

Stacey approaches Max and Abi and reminds him of the anniversary of Bradley’s death. Max promises a surprise for Linda and she realises he knows about Mick’s abuse.

Jack apologises to Mick to apologise and a furious Mick heads out to confront Max, punching him. Mick threatens to kill him if he goes near Linda again.

Martin asks Kush for advice after his disovery about Ruby. Kush reveals the truth about Ruby and Stacey is furious and doesn’t believe that Ruby is pregnant. Stacey decides to take matters into her own hands.

Jack tries to calm the situation between Max and Mick. Jack realises what Max has done with the USB and his blood runs cold.

Mick tells Linda they can’t move on if Max is around – she reiterates to Max that she doesn’t love him and tells him to leave Walford.

After Jack has another go at Max, he realises that no-one wants him around. He heads to the tube station with young Abi, he makes a final big decision before leaving Walford.

Stacey forms a plan to prove Ruby is lying and invites Kush to be involved. As Stacey tries to trap Ruby, a shock is in store.

A few city boys make a move on Tiffany and she shows off her wedding ring, dismissing them but Dotty has an idea.