Louise (played by Tilly Keeper) is pregnant with Keanu Taylor’s (Danny Walters) baby, but he is under the impression she had an abortion.

Sharon Mitchell (Letitia Dean) had arranged a termination for Louise although when it came down to it, the young woman didn’t go through with it on the BBC soap.

Currently, Keanu and Sharon think she went through with it after Louise pretended she went along with the original plan.

But the truth about the baby will have to come out eventually on EastEnders, and the result could prove to shake the Square.

In a poll conducted by Express.co.uk, a strong 43 percent believe Louise and Keanu will get back together and raise the tot as a family.

If that were to happen, it would shake things up for Sharon who would no doubt be brimming with jealousy.

Meanwhile, 20 percent of viewers think she might be set to run away from Walford with the baby.

A further 16 percent believe she would give the little on up for adoption when it’s born.

But what will dad Phil Mitchell (Steve McFadden) do when he finds out?

He clearly loves Louise and is protective over her but he doesn’t want her involved too much with Keanu. 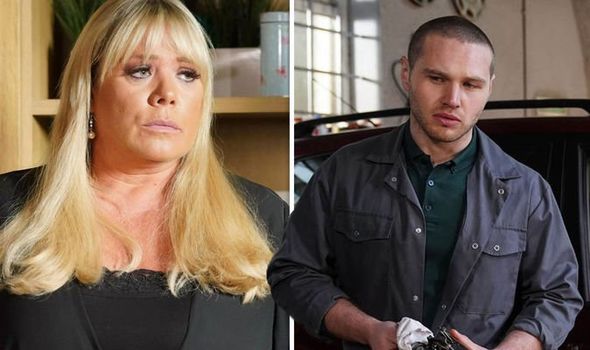 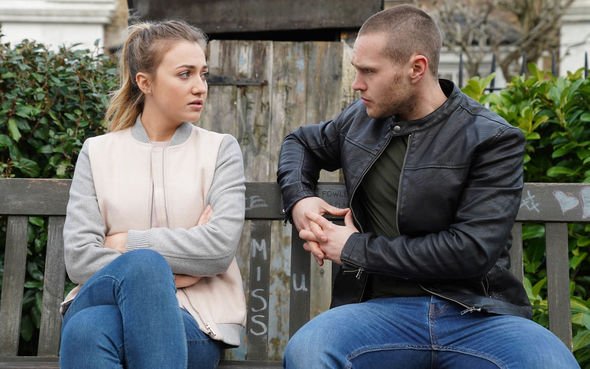 Just 11 percent think he and Sharon could be the ones to raise the baby.

While only 10 percent think Phil would kick Louise out to fend for herself.

Spoilers have revealed that Louise’s secret will not stay quiet for long.

Next week on the programme, the teen is set to tell Sharon the truth and that she is still pregnant.

But it remains to be seen how her step-mother will react to the shocking news.

Sharon is likely to be displeased to hear it considering it could serve to bring Keanu closer to Louise, and farther away from her.

Last week on the soap Sharon and Keanu enjoyed another steamy romp in the Arches, so it’s safe to see the situation is hugely complicated. 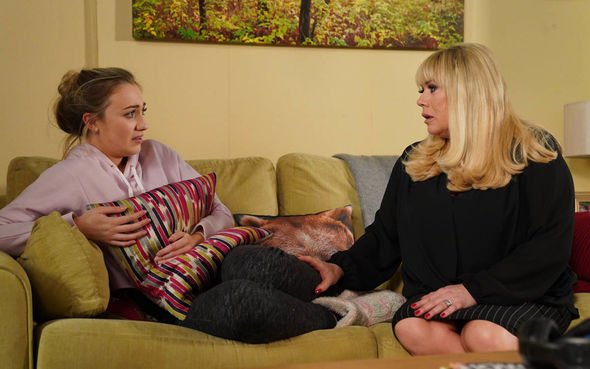 Earlier in the week, Louise star Tilly spoke about the storyline on This Morning.

She spilled: “It’s not just a case of, “Oh, she’s pregnant and she’s split up with Keanu.’

“There are lots of twists to come and lots of curve balls being thrown their way, I can’t keep up.”

She also added: ‘I think this pregnancy storyline is showing a new side to Louise, a really lovely, mature side.

“She’s claiming responsibility for her actions.”

EastEnders continues Monday at 8pm on BBC One.