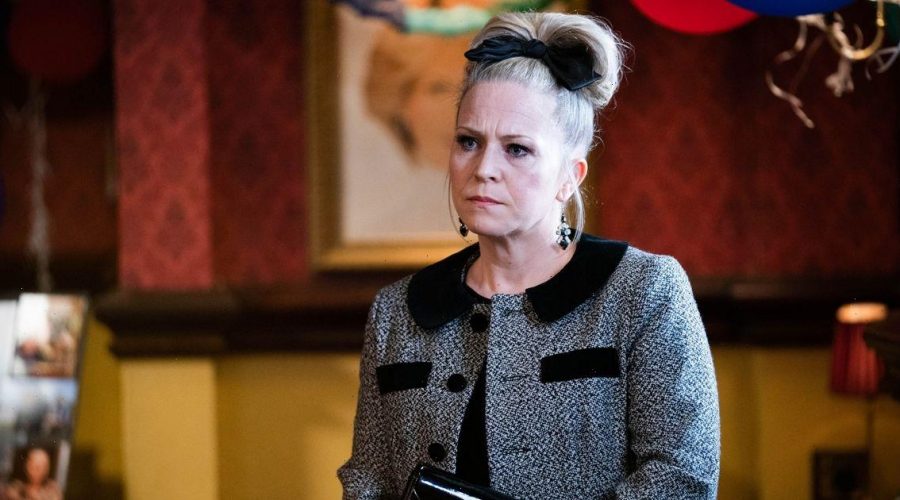 EastEnders spoilers have teased a "bleak" future for Linda Carter on the BBC One soap amid her ex-husband Mick Carter's disappearance.

Only recently, Mick appeared to be "killed off" over the explosive Christmas episodes as he bowed out of the soap after nine years.

Mick tried to save his ex-wife Linda, who he had just reunited with, after she and Janine Butcher drove off a cliff and into the English Channel, where he disappeared at sea.

So far, Mick's disappearance has had a huge impact on Walford with Janine arrested, and both Linda and Shirley Carter leaving Albert Square temporarily to deal with the devastating news. And new spoilers have revealed that things are going to get worse for the Carters as Linda, played by Kellie Bright, faces a "bleak future".

A synopsis reads: "The devastation of Mick’s tragic disappearance leaves broken Linda floundering. Without her true love by her side, Linda’s future looks bleak – and she’s unsure how to carry on.

"Confronted with the ghosts of her past, can Linda rebuild her life without Mick? With Ollie and Annie in desperate need of their mother, Linda will need to muster all the strength she can find. But does she have it in her?"

It comes as Linda is set to be involved in a "never-seen-before" storyline in the upcoming few weeks.

The BBC One soap's boss Chris Clenshaw has teased important storylines in the pipeline for Linda as she tries to repair her life following Mick’s apparent drowning.

He said: "Linda’s still very much at the heart of Albert Square and it’s so great to have Kellie. She’s not going to get over Mick very quickly. She was just reunited with him then he was snatched away from her so it won’t be all smiles straight away.

"There are big plans for Linda. She’s going to start shooting something in January that goes out in February and it’s something that we as a show haven’t done before. Linda’s at the centre of that."

"There is a question mark over the future of The Vic at the moment", he added to The Mirror of the owners of the pub now Mick has met his end in the frozen water, "Kellie knows what’s happening and we know what’s happening with the Vic. It’s very exciting."

Teasing what's coming up for her character, Kellie also added: "I do know a little bit about what’s in store for Linda but I can’t tell anyone! I’ve only just found out myself and I’m excited about it which is really good."