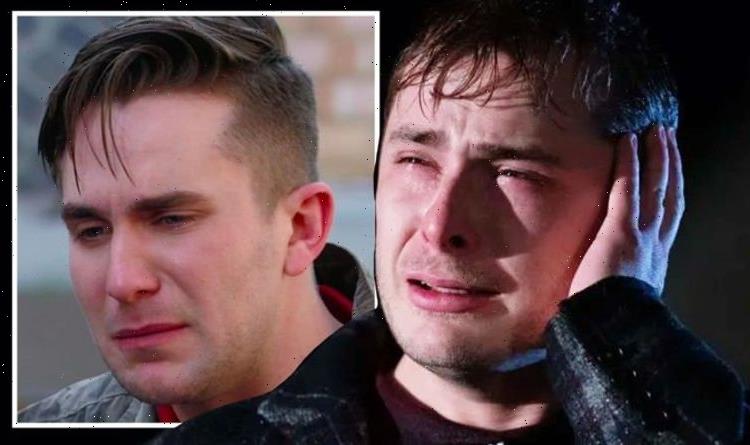 Ben (played by Max Bowden) and Callum (Tony Clay) haven’t had the easiest of relationships since they first got together two years ago on EastEnders. They have faced perhaps more heartache than any other couple on the Square, with Callum’s grandmother Vi Highway (Gwen Taylor) never really taking a shine to her grandson’s choice of husband. However, in upcoming scenes, her dismissive nature could turn deadly as she wonders if her grandson-in-law could betray his spouse when a former lover arrives on the BBC soap.

The drama kicks off next week when Ben and Callum decided to have a bite to eat at the cafe but Phil Mitchell’s (Steve McFadden) son doesn’t expect to see a familiar face.

From his days as a free spirit, the heir to the Mitchell empire recognises a stranger as someone he has slept with in the past.

Although it is awkward for Ben, his husband is left uncomfortable but eh encounter, knowing just how promiscuous his spouse was before they married.

This will spark more insecurities from Callum about his relationship as he feels he is never really going to be able to trust his husband.

One of the people the young police officer is likely to confide in about his troubles in his protective grandmother.

It has been revealed Vi will be harbouring a secret next week, one which is threatened to be exposed to those closest to her.

As her own situation spirals out of control, hearing her grandson is upset could push her to commit murder again if she is a killer and this is what she is hiding from her family.

Seeing Ben talking to a handsome stranger could be enough to make her believe her grandson-in-law is cheating on Callum.

Therefore, following Ben into the Queen Vic, Vi could kill her grandson’s husband by poisoning his drink with a deadly concoction.

Everyone in the pub would just think the heir to the Mitchell empire is enjoying a drink, not realising what is really inside the glass.

When he collapses to the floor, they could all be confused as to what’s happened to him and scramble to get him help.

Unfortunately, they could be too late as Ben succumbs to the poison spreading throughout his body, with Vi able to get away with murder.

The authorities are likely to identify his drink was laced with a toxin but they wouldn’t know who would have killed him.

As a sweet and innocent member of the community, the police are unlikely to point the finger at the matriarch of the Highway clan.

She would be the most supportive to Callum, knowing he would need a shoulder to cry on with his husband out of the picture.

They have both betrayed one another in the past and although Ben wouldn’t have cheated on his husband, he might not make himself look completely innocent in the situation.

Especially if he and Callum were to fall out over his former lover, Ben would want to stir the pot a little to make his husband even more jealous.

But at the crux of it, his heart would always be with the young police officer, as the actor who plays Ben, Max, explains.

“I think Callum gives a whole new dynamic to Ben that Ben needs. Moments with Callum drive him to stability and safety,” he said.

“Whether or not it lasts all the time — he’s so sporadic and so spontaneous and impulsive: something lasts for two minutes then he moves onto something else.”

The soap star added: “It’s a crazy thing for Ben, but Callum brings this whole new lease of life that Ben needs.

“If I get to work with Tony Clay every day then it’s a gift – and I do mean that. There is so much for these two characters to give to each other.”

The actor who plays Callum, Tony added: “Callum brings out a side of Ben that he knows that’s in there.

“He looks at Ben and goes ‘All this anger, I get that, I understand that I’ve been surrounded by it in the army’.

“There is a lovely person inside of Ben but there’s this front that comes with him,” he said in an interview with Metro.co.uk.

But can their love for one another prevent Ben from being killed by Callum’s overprotective grandmother?

EastEnders continues tonight at 7:30pm on BBC One.