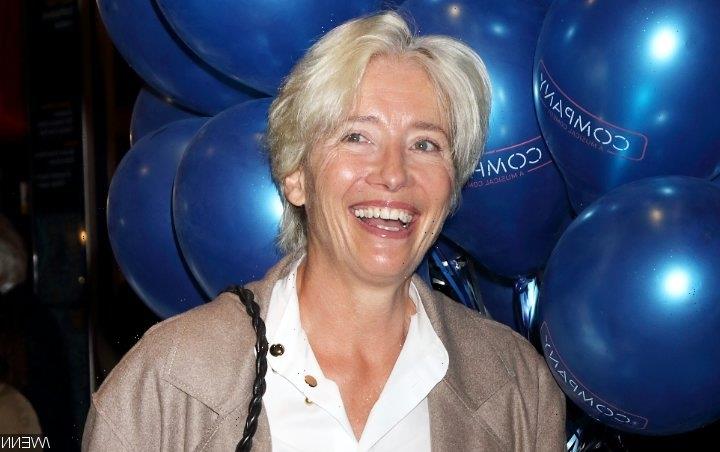 According to director Sophie Hyde, the 63-year-old big screen legend ‘really wanted’ to have somebody opposite her where it ‘felt like this was an opportunity’ for them.

AceShowbiz -Dame Emma Thompson stars opposite young Daryl McCormack in “Good Luck To You, Leo Grande“. In a new interview, director Sophie Hyde divulged that the big screen legend wanted the film to be an “opportunity” for her co-star.

The 63-year-old actress appears opposite Daryl in the drama, which tells the story of a widowed mother and a young male escort. Filmmaker Sophie opened up about how they cast the 29-year-old actor in a new interview with HeyUGuys.com, “When we first met him, we were looking at a lot of people.”

“We knew we didn’t necessarily have to have someone who came with a big name, which is rare for this kind of thing, but we had Emma!” Sophie explained. “She really wanted to have somebody opposite her where it felt like this was an opportunity for them. When we met Daryl, he just brought a load of layers that I really loved for the role.”

Sophia later noted how the “Peaky Blinders” actor, who only has a handful of film and stage credits to his name, “rose” to the challenge. She added, “It felt like a little bit of a risk – going head to head with Emma, as someone who hadn’t even done heaps of theater or whatever. But she’s really generous and he really rose up to meet her in that way. We were so thrilled when we found him!”

For such an intense film opposite one of cinema’s biggest names, Daryl admitted focusing on the story and getting help from the team was vital. He explained, “It was definitely a pinch-me moment, but I’m so glad I came out the other side. It can feel overwhelming, but it’s a testament to the story, and that was our main focus. As a director, Sophie was able to manage all those moments where I might feel overwhelmed.”

18/06/2022 TV & Movies Comments Off on Emma Thompson Wants Good Luck To You, Leo Grande to Be a Good Opportunity for Daryl McCormack
Lifestyle