Singer Joshua was the final contestant to take to The Voice Kids UK stage this evening and he certainly closed the show with a bang. The 14-year-old performed ‘You Are the Reason’ on his own, earning a standing ovation from all four judges and the ITV studio audience. However, he wasn’t done there as he was soon joined by his mum as they performed the song together, leaving presenter Emma Willis and judge Paloma Faith in tears.

After making all four judges spin their seats, Paloma was keen to learn more about the talented youngster.

The Voice judge asked: “Do your family sing?”

Joshua revealed his mother also sings, prompting Pixie to ask: “Do you sing together though?”

The contestant stared to the side of the stage as the judges all got excited at the prospect of seeing the mother and son duo perform. 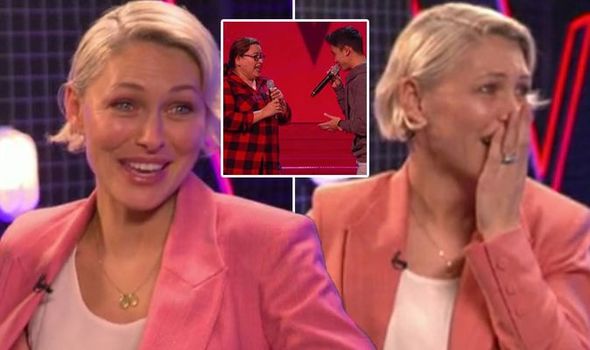 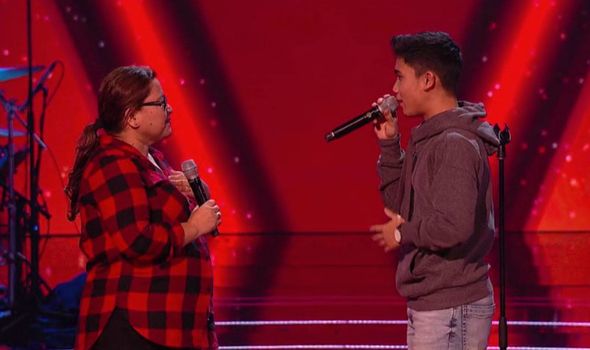 Moments later, Joshua’s mum took to the stage to join her son to raucous applause from the audience.

Joshua and his mum decided to sing the same song he’d performed moments earlier and, once again, everyone loved the performance.

While Joshua kicked off the rendition, Pixie and Paloma were left taking to their feet when his mum also displayed her vocal talents.

There was barely a dry eye in the studio as Joshua wrapped his arm around his mum as to close the show. 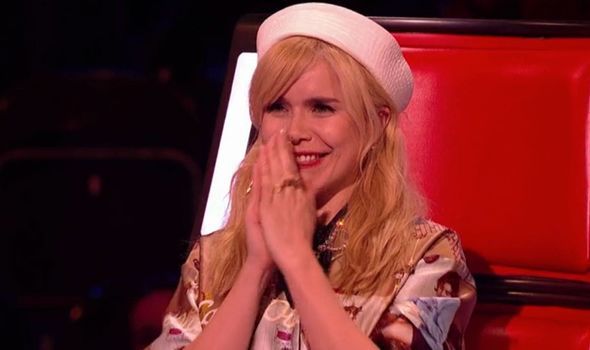 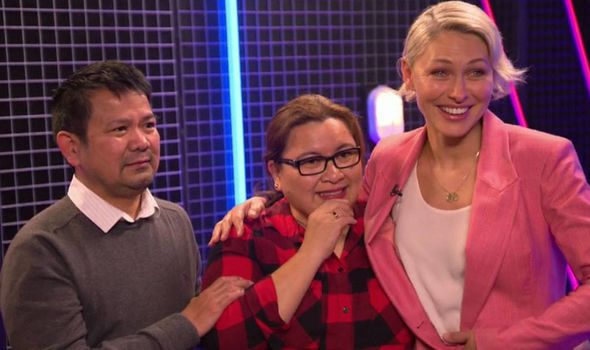 Emma could be seen with the rest of the family with her hand clasped over her mouth in awe at the emotional performance.

Once they’d finished, Joshua was given his second standing ovation of the evening, with Paloma commenting: “That was so beautiful.”

“Oh god, aren’t mums fantastic,” the singer added as Joshua’s mum made her way off stage.

McFly frontman Danny was also quick to heap the praise, asking: “You obviously have a special relationship with your mum, right?”

Visibly touched by everything, Joshua nodded and simply replied: “Of course, my parents.”

As the camera cut to Joshua’s mum backstage, a tearful Emma wrapped her arm around her.

“It’s got me,” Emma said, clearly emotional by the performance.

And Emma wasn’t the only person touched by the mother and son duet as hundreds of viewers echoed the sentiment online.

Taking to Twitter, one fan said: “The final audition on @thevoicekidsuk brought me to tears. So emotional. His performance gave me goosebumps. His mother had a beautiful voice too. What a way to end today’s auditions.”

A second agreed: “Him singing with his mam brought tears to my eyes #TheVoiceKidsUK.”

Another emotional fan weighed in: “#TheVoiceKidsUK I’m in tears with Joshua and his mum. So beautiful.”

While a fourth tweeted: “What is it today I’m now crying at the voice kids!!!! when the boy sang with his mum!!!! #TheVoiceKidsUK.”

The Voice Kids UK continues next Saturday on ITV.

18/07/2020 TV & Movies Comments Off on Emma Willis left in tears after emotional mother and son performance: ‘It got me!’
Lifestyle