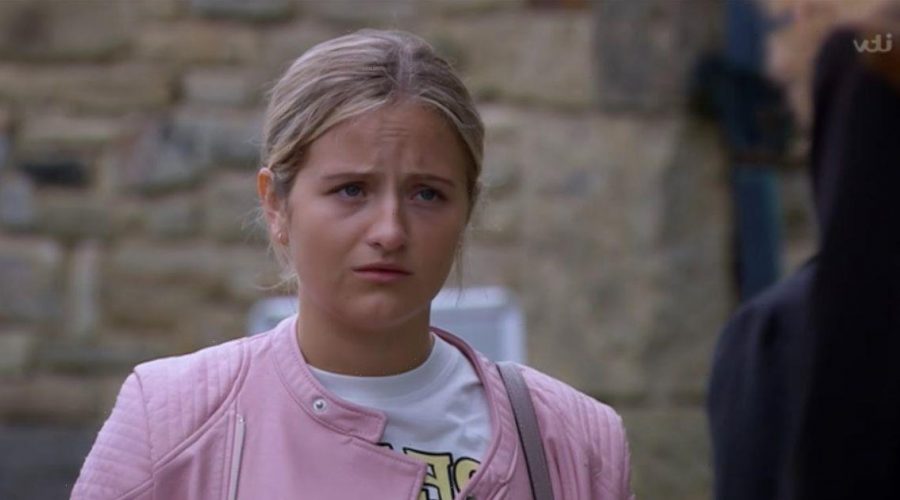 Emmerdale actress Daisy Campbell has hinted at a massive twist in her upcoming storyline after she teased that viewers will be “shocked” by Amelia’s dilemma.

Daisy’s character was recently caught in a bit of trouble after she ordered “weight loss syrup” online.

She was looking after baby Thomas and collapsed, which left him on the floor and in need of hospital treatment.

READ MORE: Emmerdale fans 'work out' who father of Amelia's baby is in paternity twist

He went in for a precautionary CT scan and her father asked her to talk about what had happened after he suspected all was not as it seems.

It appears the “syrup” caused Amelia to fall and her father insisted she speak to the doctors for a routine check to see whether the concoction had done any serious damage.

However, Amelia was in for the shock of her life when she spoke to the medical professionals.

They told the teenager that she was pregnant and her whole world is set to turn upside down.

18-year-old Daisy spoke to Metro about the shock storyline and admitted that Amelia will be in for a rocky ride.

She said: “I think the stuff that is coming up will maybe shock a lot of the audience. I can’t give too much away, but I think for Amelia, this is her time to really grow up on the show.” Daisy continued: “Obviously, she’s been in the show since she was young so everyone’s always seen her as this kid. I think now, she’s really going to change.”

She ended by saying: “I think everyone’s so excited and I feel really lucky to have this. I’m buzzing, actually! It’s something I’ve always wanted to do and to have the chance to do it feels really good.”

Fans were completely shocked when the scene played out and couldn’t help but question who the father is.

One said that they “hoped it wasn’t Noah’s” and that they “didn’t see it coming,” whereas another simply wondered “how on earth” she could be pregnant.

Fans have yet to see who the father of her child is, whether or not she will tell anyone and how she decides to move forward with her pregnancy.