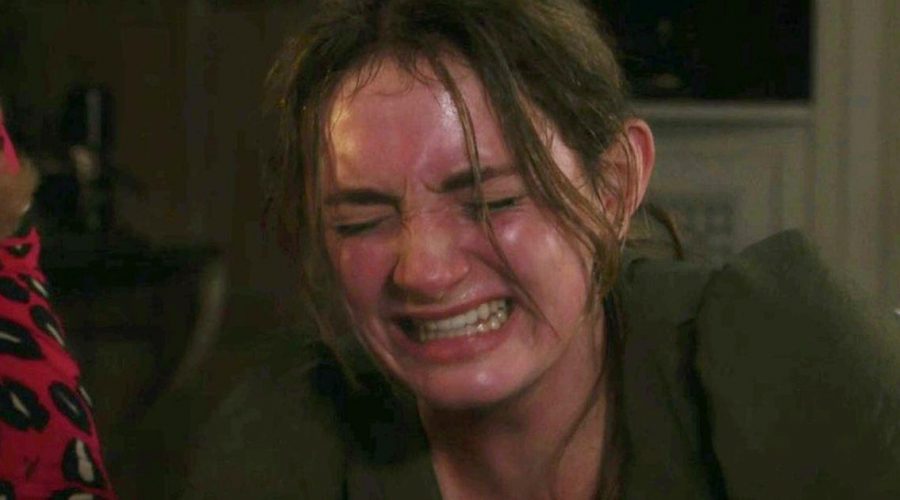 Emmerdale fans were left distracted from Gabby Thomas and her dramatic birthing scene after the baby appeared completely "clean" and with no umbilical cord in sight.

And while Gabby's happy moment with her newborn son was cut short when Kim Tate (Claire King) returned, viewers were otherwise occupied.

Another tweeted: "The baby just comes out clean with no blood and the umbilical cord has been cut."

A third wrote: "A clean baby as always."

Someone else commented: "'He's so perfect' … and so clean for a baby who's just popped out."

While a fifth wondered: "Why don't babies on the soaps have umbilical cords?"

Gabby gave birth to her baby boy just as she was about to escape the village with her grandmother Diane, who is moving to Portugal.

But Kim returned to Home Farm, where Gabby was packing up her stuff, and was excited to meet her new grandson.

She was left horrified when Diane, Gabby and Bernice revealed the plan to take the newborn away, and was gutted when Gabby told her she'd have no contact with him.

Kim tried to persuade Gabby, whose son's father is Kim's son Jamie Tate, who is currently missing, not to leave.

She promised her property, money – anything she wanted – but Gabby was having none of it and left with her family.

It's not yet been confirmed whether Gabby will leave for Portugal, however it was announced last month that Diane would be going.

In September, actress Elizabeth Estensen announced she would be retiring.

Liz said: "For the past 22 years, I have loved playing Diane Sugden – she's kind, reliable and fiercely loyal.

"However, I now feel the time has come to say goodbye. Emmerdale will always remain special to me.

"I've been treated with respect and kindness and I've had the very best friends and colleagues, both past and present.

Emmerdale airs weekdays at 7pm, with an extra episode at 8pm on Thursdays, on ITV