Charles (played by Kevin Mathurin) arrived in Emmerdale on Christmas Day, when he was asked to step in and hold the wedding ceremony between Paddy Kirk (Dominic Brunt) and Chas Dingle (Lucy Pargeter). Harriet Finch (Katherine Dow Blyton) had faked a short-term illness, but viewers knew the real reason she wasn’t up to performing in front of the congregation; she was still suffering dark thoughts after she and Will Taylor (Dean Andrews) moved Malone’s (Mark Womack) body. The new vicar was keen to introduce himself to Harriet and those watching at home saw him visit the church, but their conversation led many to believe this was the start of the ex-police officer’s confession which would move into an exit storyline.

“I hope I haven’t started any tongues wagging, nobody likes a wagging tongue,” Charles said.

Turning around, Harriet got straight to the point and asked: “I think you should just tell me what is going on Charles, why are you here? Are you replacing me?”

“No, no. Look, I know you haven’t responded to the phone calls from the Bishop. But you didn’t receive the letters either?” He questioned.

“Letters? This time of year I just thought it was the usual Christmas stuff,” Harriet argued. “I’ve been struggling a bit lately.” 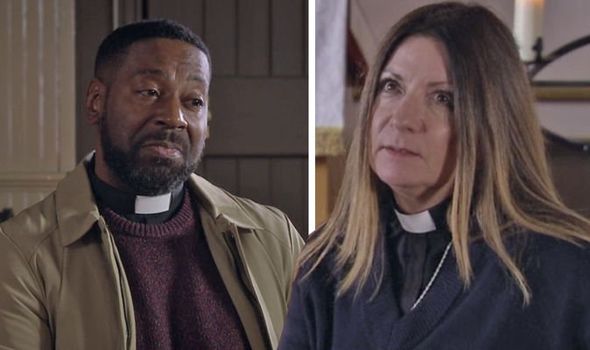 We will use your email address only for sending you newsletters. Please see our Privacy Notice for details of your data protection rights. Emmerdale spoilers: Liv Flaherty’s life-changing diagnosis confirmed

“Which explains why I had to fill in for the wedding recently,” the newcomer remarked.

“So these letters, what was in them?” Harriet enquired, keen to know the details of her manager’s correspondence.

“Long and short of it, our parishes are emerging into one, and than rather annoying vicar from not too far away has appeared at your doorstep,” Charles explained.

“I’m sorry Harriet, I know this must me quite a lot for you to take in. It was a shock for me too. It appears our Bishop received a bit of a nudge and here I am, sooner than expected.”

“A nudge from who?” Harriet probed but Charles brushed it off: “You know the Bishops as well as I do, they like to keep their Bibles close to their chests! 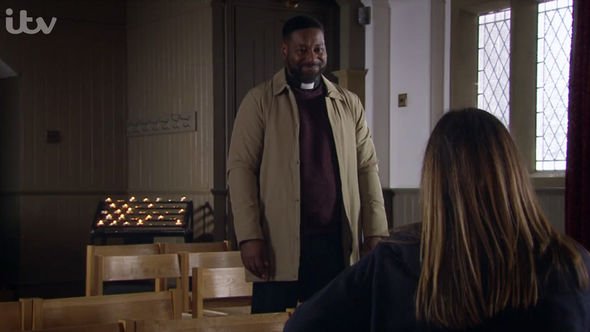 “But I promise I’m not here to step on anybody’s toes.”

Fans were infuriated with her actions and surmised a twist in the storyline which would see the police finding out where the body was.

Taking to Twitter, one said: “Don’t go back to where you buried him Harriet #Emmerdale.” 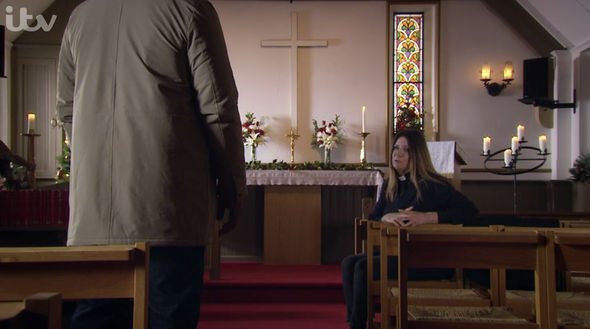 A third wrote: “How many times has and is Harriet going to that woods? #Emmerdale.”

“Oh Harriet stalking the woods all the time people will get suss sooner or later #Emmerdale,” a fan commented.

Harriet has been struggling with day to day life since the very day she re-buried Malone.

Scenes have shown her scrubbing her hands constantly, after she mentioned she could still smell the bent copper’s stench under her fingernails.

Could she end up confessing to Charles all of her sins?

While the newcomer says he isn’t initially replacing Harriet, that may end up being the outcome – and fans think so too.

“Get rid of Harriet now we have a new vicar #emmerdale,” a tweet read.

One other chimed: “A vicar coming to the village oooo they replacing Harriet? Finally ! #Emmerdale.”