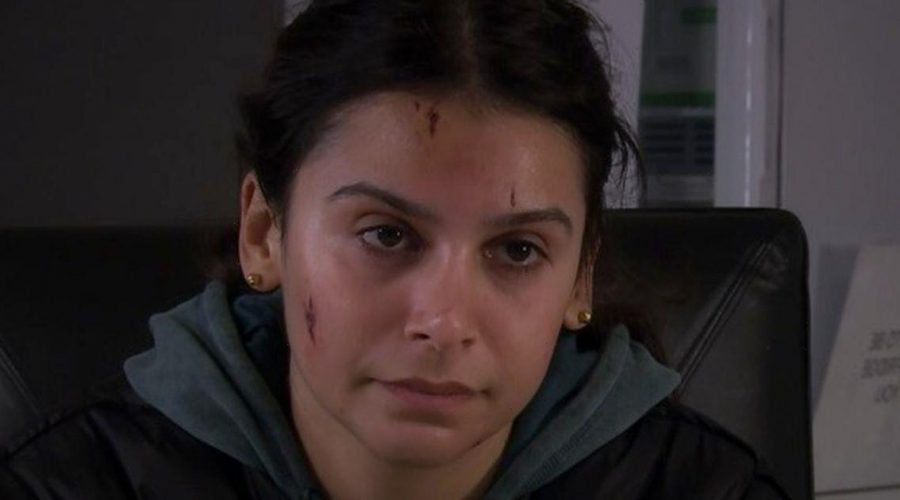 Only recently on the ITV soap, murderer Meena has been drugging her sister Manpreet Sharma and holding her hostage following The Woolpack pub explosion.

During the latest instalment, Meena issued a chilling warning to her sister Manpreet as she told her she had seven days left to live and even marked it on a diary.

Meena also threatened to kill Princess the dog, who Wendy Posner had inherited from one of the evil nurse's victims Andrea Tate.

She said: "Mind you, even Princess' charms are wearing thin, if I’m honest, might have to think about her future too once I’m done here."

Taking to Twitter, soap watchers insisted that Meena had gone "too far" as they demanded that she is caught out soon.

One person said: "Meena hurting Princess will be taking it **too** far #Emmerdale."

During the latest instalment, Meena attempted to forge a prescription in the surgery for "pretty strong sedatives", in order to drug her sister Manpreet.

However, Liam caught her in the act as he confronted her and asked why she was lying, demanding an answer straight away.

During the scenes, the camera panned on a trophy on Liam's desk, which said Blackpool Murder Mystery Weekend Winner, and soap fans have predicted that it could be a clue that Liam will expose Meena, who murdered his daughter Leanna Cavanagh last year.

Taking to Twitter, one person said: "That scene with Liam was solely because he's gonna find out soon #Emmerdale."

A different account put: "Do you think Liam is on to Meena?? #Emmerdale."

While another follower added: "Ooh Liam can see through her lies. Finally someone can! #Emmerdale."

For all the latest cast updates and juicy Emmerdale spoilers, sign up to our daily OK! Newsletter . Emmerdale continues weekdays at 7pm on ITV.