The evil nurse – who is played by actress Paige Sandhu in the ITV soap – was ready to commit her latest slaying just months after killing Leanna Cavanagh in cold blood. 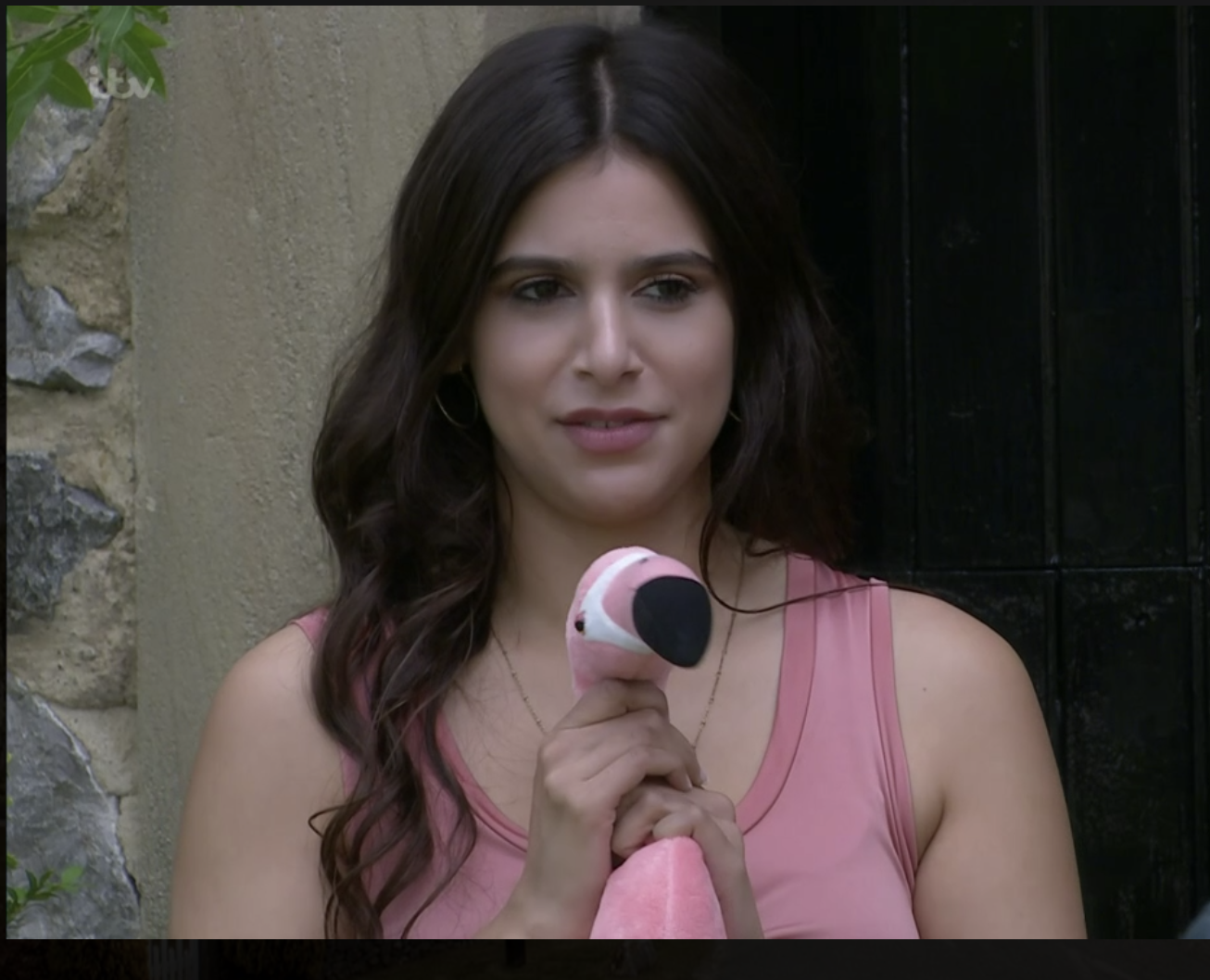 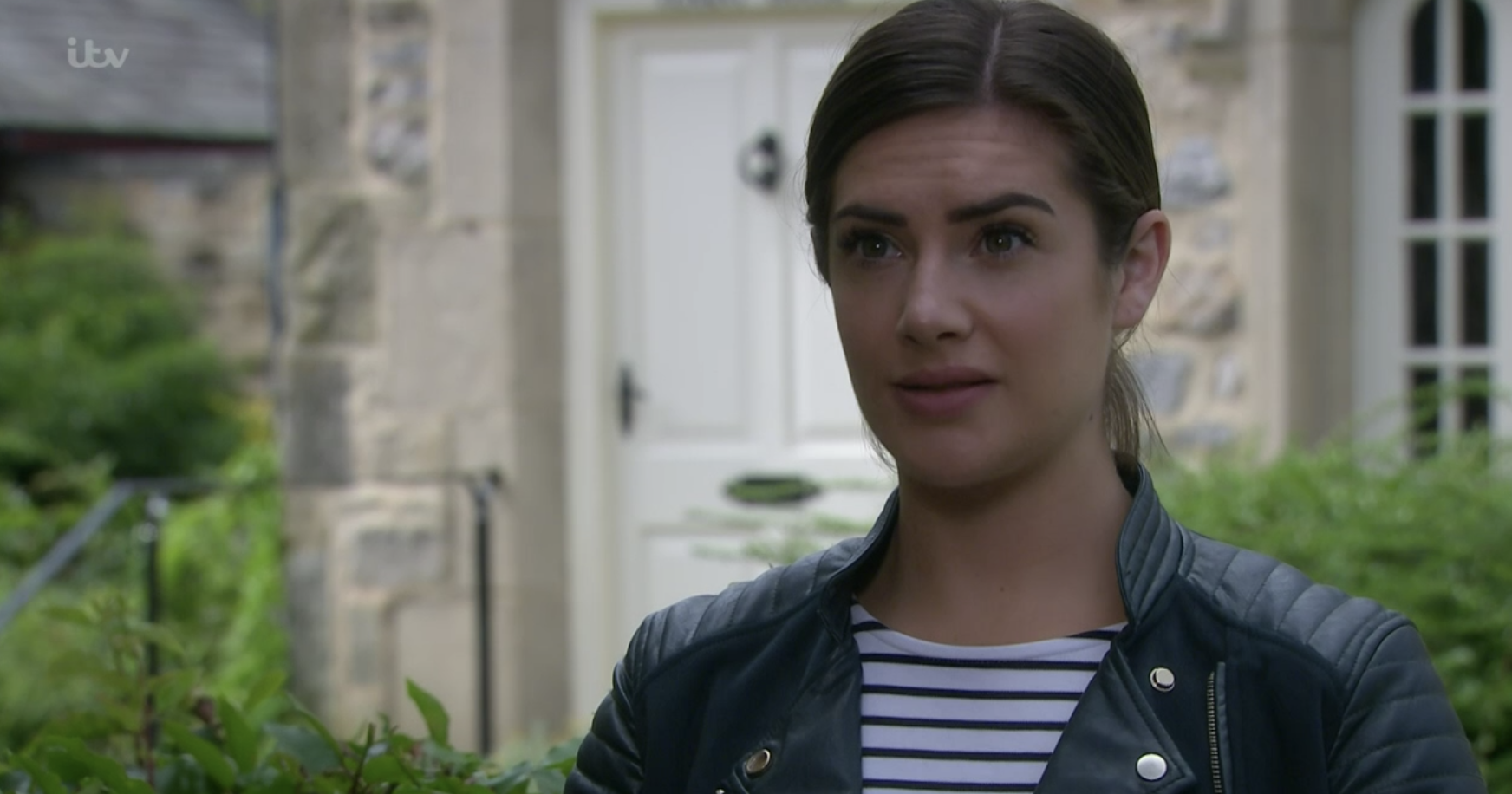 She arrived back to the village and thought she spotted proof Victoria Sugden was inside David’s house and was ready to act.

Spotting the bags outside the house, Meena ignored the fact she was in the middle of the village in daytime and fashioned her scarf into a weapon.

She was ready to strangle Victoria and put an end to her once and for all.

But instead Priya walked out – and Meena was forced to pretend it was all a game.

However Priya was onto her.

Suspicious, she told the serial killer: Nice scarf. You looked like you were about to strangle me with it.”

Meena lied and claims it was a game she and David play but Priya pointed out David was recovering from a gunshot wound.

And when she told Meena that David was at a kids’ party at The Hop with Victoria, Meena raised eyebrows again as she stormed off leaving everything apart from her scarf and gift Flamingo behind.

At the Hop she interrupted David and Victoria clearing the air, and rushed him out of there, but left her Flamingo behind.

Later Victoria took it over to her intending to see David – but Meena stopped her.

Victoria handed over the Flamingo, adding: “You forgot this, I thought I’d call in and check on David too.”

“It’s a good job I came home when I did – must have been fate. Everything’s back just as it should be. I’ll keep an eye on him.”

But Meena issued a chilling threat: “Another time. He really needs his peace and quiet.

“I’ll tell him you called. You don’t need to worry about David – I’ll be taking good care of him from now on.”

With that she strangled the Flamingo – leaving viewers to wonder what exactly she has to do to be caught.

One wrote: "The serial killers back! I bet all the actors are guessing who's next for the Axe (The dole line!)"

A second said: "Isn’t Meena vile? How is Dopey David not freaked out by her?? Need this storyline to come to an end she’s spoiling my viewing! Hope she’s the one strangled with the new scarf."

Another added: "She's the current pantomime baddy, look out she's behind you." 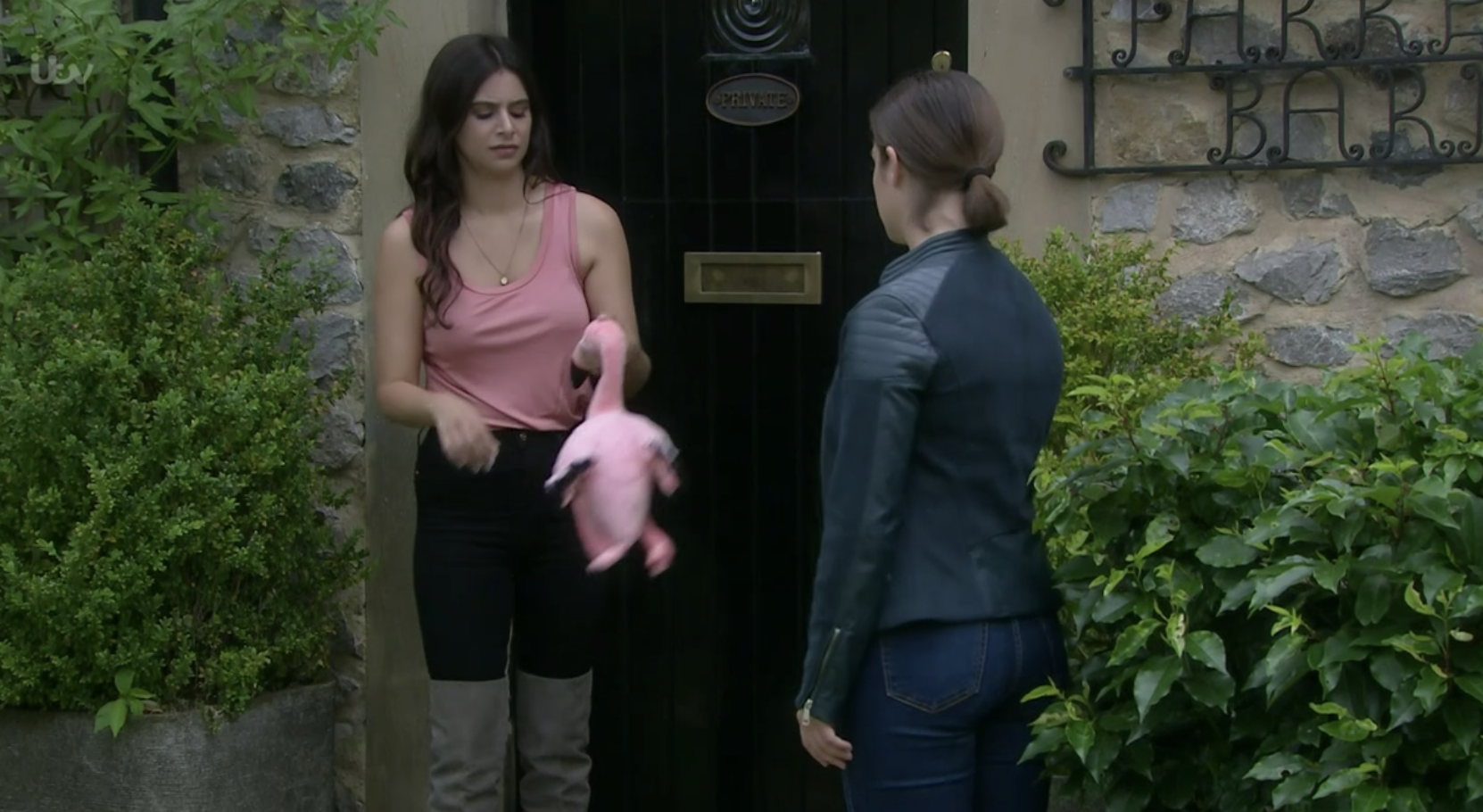