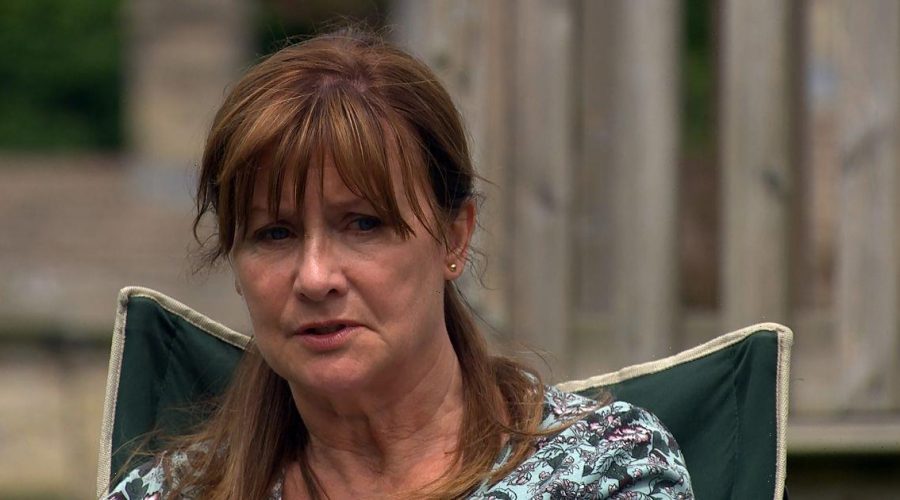 Wendy's life is about to get a whole lot darker in upcoming scenes of the ITV soap.

She recently attended her ex mother-in-law's funeral and is left shaken when Russ turns up on her doorstep unannounced.

He angry about his late mother's will as she’s left it all to Victoria Sugden's (Isabel Hodgins) baby Harry and he demands they talk.

Viewers will quickly discover Russ is her abusive ex with a criminal past.

Actress Susan, 56, told Daily Star and other press: "What I really like about the writing of this is the audience will see from the off that he's a bad one.

"I think the audience will be screaming at the television."

Russ demands Wendy gets his inheritance back and is going nowhere until she does.

Fans will know that Harry is the son of Victoria and her rapist Lee Posner, Wendy and Russ's offspring.

Russ claims he wants to be a part of Victoria and Harry’s life, and a wretched Wendy backs him up.

Susan explained: "When we were filming it to be in that position was horrible because the idea of introducing a child to somebody you know is a criminal and can be very intimidating is horrible.

"Also, there's the fact she knows the minute he claps eyes on his grandson there's an ulterior motive.

"It's terrifying. There's a lot at stake for Wendy.

"She tries to fight back and basically say I'll get you money as long as you stay away from Victoria and Harry, but it's not that easy."

Insisting he doesn’t have time, Russ says if he doesn’t receive the cash now, he’ll make sure that she and Victoria face the consequences.

Wendy’s guilty as oblivious Victoria and Bob try to make the best of Russ' presence in the village.

At the Playground, Russ continues to play the doting granddad whilst laying it on thick about his penury to Vic.

"She's willing to to do anything to get him off her back," Susan added.

""She's hoping it will all go away but because of what Russ knows about her, there's nobody she can talk to.

"If this secret got out it wouldn't go good for her.

Remaining tight-lipped about Wendy's dark secret, Susan teased: "She's genuine but we all have skeletons in the closet."

Susan went on to discuss her new found friendship with Rob Jarvis, who has joined the soap as Russ Posner.

She said: "Rob is absolutely phenomenal. From the moment I met him it was like 'this is going to be good'.

"He's been really scary in some of the scenes but we're friends for life now."