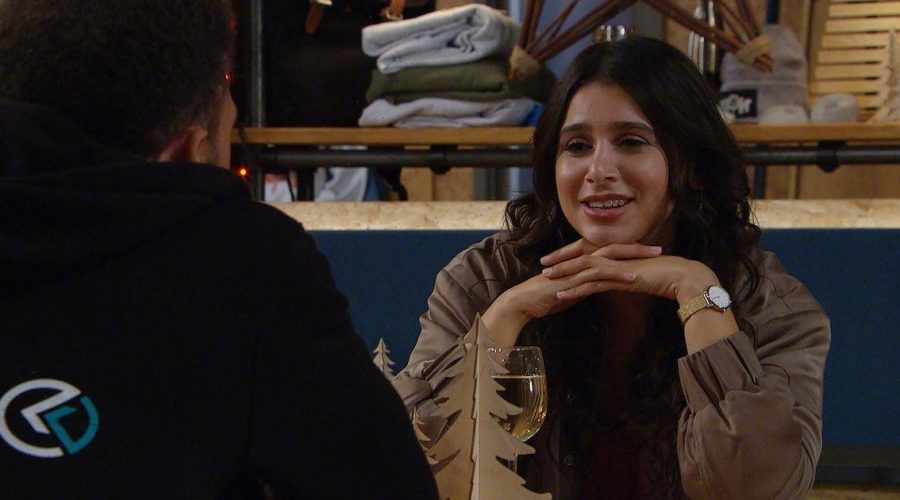 Emmerdale star Paige Sandhu has teased an upcoming pregnancy storyline for Meena Jutla as she continues to fight to keep her relationship alive with Billy Fletcher.

As avid fans of the popular ITV soap will know, village nurse Meena doesn’t have the best track record when it comes to relationships – well, and she's a murderer.

And while many residents in the Dales will be excitedly preparing for Christmas Day, the raven-haired killer has started to concoct a plan to keep Billy in her life as she starts to suspect his heart may belong to someone else.

But one of the extreme ways the medical expert goes about this is sure to shock viewers at home, as the actress sat down with the Daily Star and other publications for an exclusive chat about her character’s development on the show.

As Paige discussed her complex character, she explained how the relationship with Billy soon went downhill.

She revealed: “So, Billy dumps Meena and she freaks out as she would and to her, she still believes that they are meant to be together and that they’re soulmates.

“So, what she does is she pretends to be pregnant and in her eyes that means she still has a way of taking ownership of him and making sure that he can’t cut her out of his life and there’s still a way for her to weasel her way back in." When asked what Billy thinks of the shocking revelation, the actress divulged how her Meena’s former lover has started to see her true colours.

The soap star added: “He’s shocked and he’s not happy about it because, I think, Billy is starting to see signs of Meena’s possessiveness [and] her manipulation.

“Their relationship went from nought to 100 in like a day so I think it’s all been a bit too much for him and especially now him and Dawn are now finally looking like they can get back together after so long.

“It’s a massive spanner in the works and it’s just not ideal at all,” she concluded.

And as Meena watches Billy and Dawn fall madly in love from afar, she pushes her fake pregnancy to new extremes in order to keep him within arm's reach.

As we caught up with Paige, she confessed how she struggled to get into the mindset of Meena when Meena decides to take her relationships down a darker path, including her new pregnancy storyline.

She divulged: “She does go very far, like too far. I read the script and I was like, ‘Oh she does what? I don’t know if I can act that!’ but I did.

“She goes really far – think of the worst thing and then times it by ten and that's what she does. “

As fans eagerly await to see what Meena does next, the Londoner revealed how narcissistic her character is behind the façade.

“She’ll do anything to get what she wants,” she confessed. “There's nothing that’s out of bounds for her because she doesn’t feel guilty about doing anything and she doesn’t believe that laws and ‘bad things’ apply to her.

“She gets to do what she wants, she’s indestructible.”

Emmerdale airs weekdays at 7pm, with an extra episode at 8pm on Thursdays, on ITV