EMMERDALE viewers are horrified after vicar Harriet Finch buried evil Malone in a someone else’s grave in the churchyard.

The morally questionable clergywoman – who is played by actress Katherine Dow Blyton in the ITV soap – used the cover of darkness to bury the corrupt cop after Dawn shot him three times in self defence. 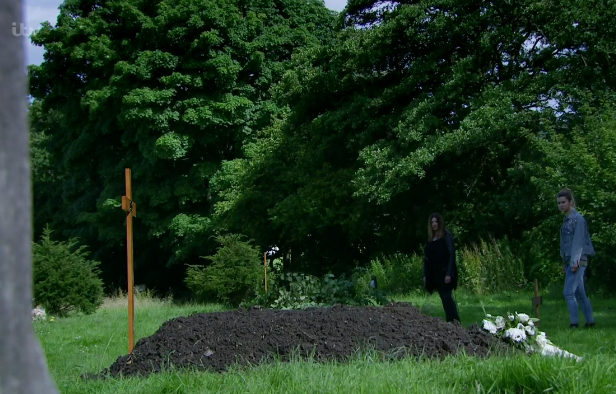 “This is supposed to be a sacred place,” said Dawn as she struggled to cope with what had happened.

Harriet snapped back: “Bit late for that. It’s convenient and it’s what has to happen to keep us safe.

“My preference would be for him to be lying face down in a ditch, not cosied up with a decent person. He doesn’t deserve to rest here but we are where we are.”

A horrified Dawn couldn’t cope with how competent and calm Harriet was being at covering up the killing. 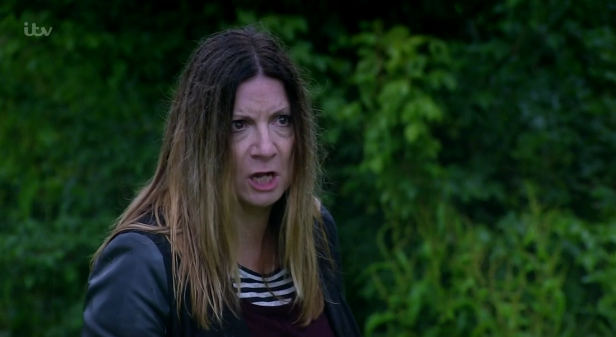 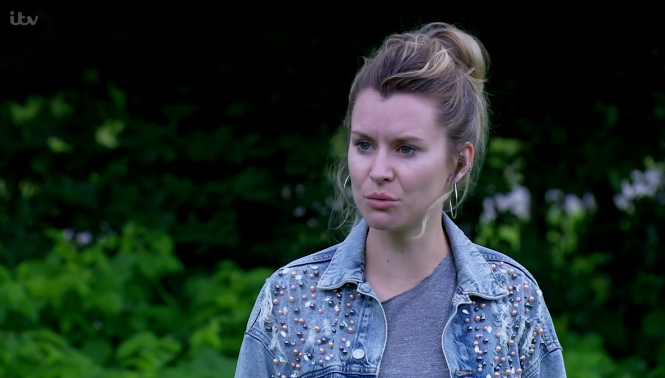 She told her: “You’re some kind of monster. I might have killed him but you’re the dangerous one.”

Viewers were shocked at the scenes but soap boss Jane Hudson has revealed that Malone’s body will need to be moved soon.

And she told how the storyline had to be changed so viewers didn’t see Harriet and Dawn burying the body at night. 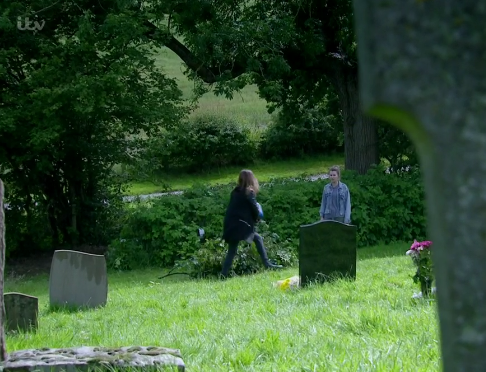 She said: “The biggest change in these aftermath scenes were in the original scripts, we followed Dawn and Harriet to the graveyard and watched them under the cover of darkness take on the grisly task of digging the grave.

“Whilst we did feel we could do this and adhere to the 2m rules and health and safety protocols we had put in place, we knew this was one of the first blocks back filming.

“We knew our cast and crew had a huge task in getting used to a whole new way of working and to ask them to do that and then add the complication of working in these new conditions in darkness, it felt too much.”

She added: “Whilst I was admittedly, slightly sad to lose the nighttime grave digging, I'm pretty sure given that it's a soap, that body won't stay buried there forever and there will be some reason later on why that body needs to be moved, and we can fully enjoy some dark, grisly, grave digging in the future!”