Graham (played by Andrew Scarborough) has always had a soft spot for flame Megan (Gaynor Faye) on Emmerdale, with the pair giving into their simmering chemistry on a number of occasions.

Since Megan reunited with her other lover Frank Clayton (Michael Praed) on the ITV soap, Graham has backed off, but with the businesswoman now facing legal charges, the shady character is keen to help his former flame.

It was announced last week actress Gaynor Faye, 47, had quit the soap after seven years as the hot headed character, which left questions lingering around the circumstances surrounding Megan’s exit and her future with Graham.

Still facing the repercussions of the crash she was involved in which left stalwart Eric Pollard (Chris Chittell) seriously injured, Graham may come up with a plan to ensure his flame lives a free life, leading to his exit with Megan.

This week, Megan will continue to worry about her future in the village and what will happen to her daughter Eliza if she ends up going to prison.

Megan’s position in the case doesn’t look too good as she was texting at the wheel, which led the catastrophic events to unfold with Eric.

A felon at heart, Kim takes the opportunity to ruffle a few feathers and tells Megan she should face up to the consequences although the Home Farm socialite has played the system before to evade justice.

Listening to Kim’s remarks and knowing his boss isn’t being kind-hearted in her words of advice, Graham is fueled with rage his former flame is being belittled by the villain so publically.

Paying a visit to the distressed villager, Graham sneaks away from Kim’s prying eyes to speak with Megan and check she’s ok. 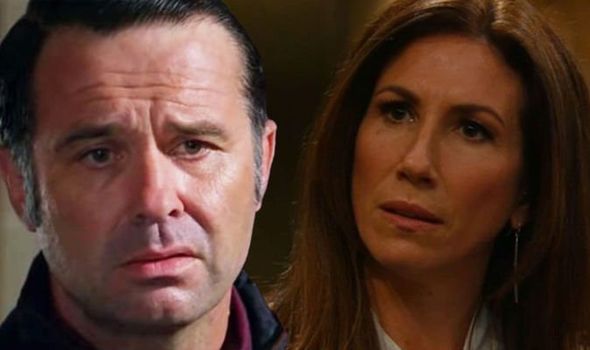 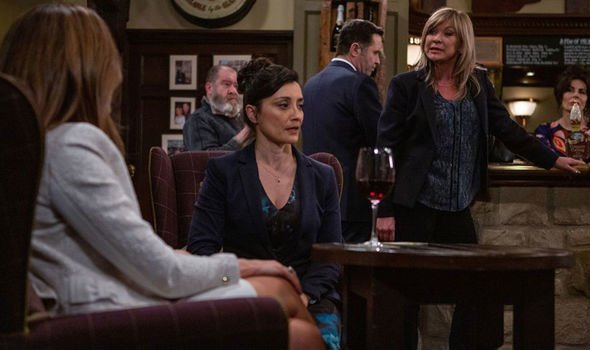 As Megan seems more concerned about her actions and the subsequent consequences than ever, Graham tells his former flame he will pay for her legal fees to ensure she remains a free woman.

It’s at this moment Frank walks in on the former lovers and picks up on an intimacy between the pair, which leaves him wandering what Graham’s intentions are with his partner.

If Graham and Megan manage to convince Frank nothing is going on between them, Kim’s sideman may be able to carry out his plan to get revenge on his boss.

Angry with the way Kim treated Megan, Graham may decide to pay for her legal fees by taking funds from his bosses accounts.

However, Graham’s plan would come at a cost as Kim isn’t one to miss a trick and would surely discover what her aide is planning when she discovers money missing from her accounts. 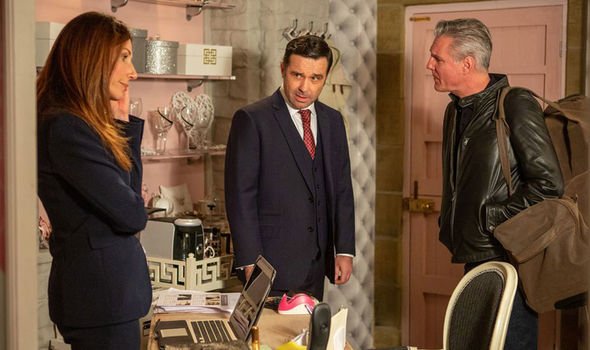 Maya has done this before

Knowing Kim would be on to him, Graham may try to convince Megan the only way the pair can get out of their troubles is flee the village together.

Graham could tell Megan the can use the money he’s stolen from Kim to begin a new life as a family away from the village and prying eyes.

Could this be how Megan leaves Emmerdale and will Graham be packing his bags and leaving with her?

Elsewhere in the village, fans of the show believe evil Maya Stepney (Louisa Clein) could have a past history of abuse before she made her way to the village where she has since groomed teenager Jacob Gallagher (Joe-Warren Plant).

One viewer posted on Twitter: “Going to guess that this grooming #Emmerdale storyline will finally end with the revelation that Maya has done this before and that Maya isn’t her name. Yes, I watch Emmerdale.”

27/05/2019 TV & Movies Comments Off on Emmerdale spoilers: Graham Foster to exit with Megan Macey as he BETRAYS Kim Tate?
Lifestyle