While some residents thought he was harsh to do so, Megan clearly didn’t as she was shown confessing to the accident at the police station.

Last night’s double bill saw her head to court and hear her verdict with Megan being told she would avoid a prison sentence.

The Take A Vow wedding planner was instead given a suspended sentence and community service, but as she returned to the village, the aftermath of the legal drama hit her.

With it clear Megan won’t be heading to prison, fans have begun to speculate about her exit once more.

Some viewers are now convinced she will be killed off in a shocking turn of events.

Taking to Twitter to theorise, one fan wrote: “Megan’s talking about the future so she’s going to die soon #Emmerdale.”

Another added: “So Megan didn’t go to prison then… wonder how she’s leaving then #Emmerdale.”

Megan star Gaynor recently opened up on her decision to leave the soap, telling OK!: “I know it’s a risk but I need to push myself out of my comfort zone.

“I’ve always been the type of person who doesn’t want to stay playing the same character for too long. 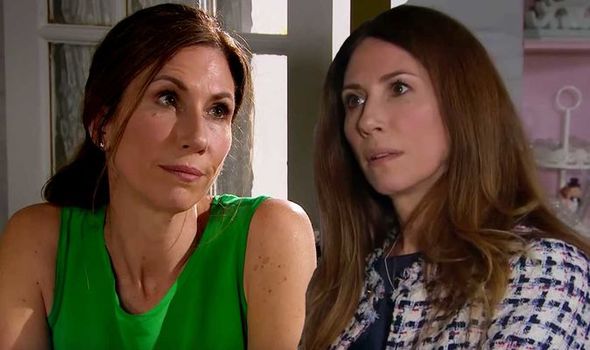 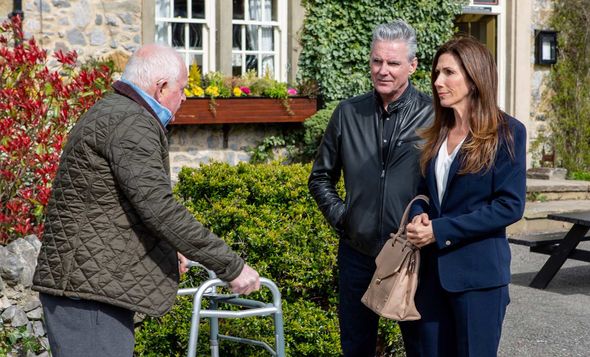 “I’ve been on the show for over six years and have naturally reached a point where I’d like to do some other stuff.”

Suspicions will no doubt now turn to who could potentially want to kill the businesswoman.

In recent scenes, she and Frank Clayton (Michael Praed) have reignited their romance. Serious about their relationship, she even invited him to move into the cottage with her and Eliza.

Megan has even mended bridges with ex-husband Jai Sharma (Chris Bisson), so it seems unlikely it is going to be either of these characters who finish her off, should she be killed.

An alternative theory could be that she simply leaves the village, especially considering the trauma she has gone through worrying about the possibly sentence she thought she was going to face.

Perhaps a fresh start for her and her daughter is the best thing? 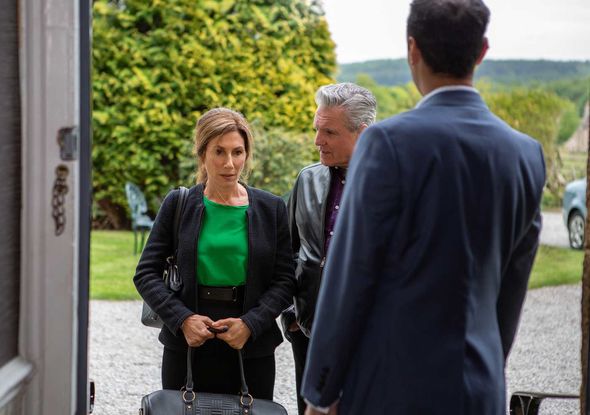 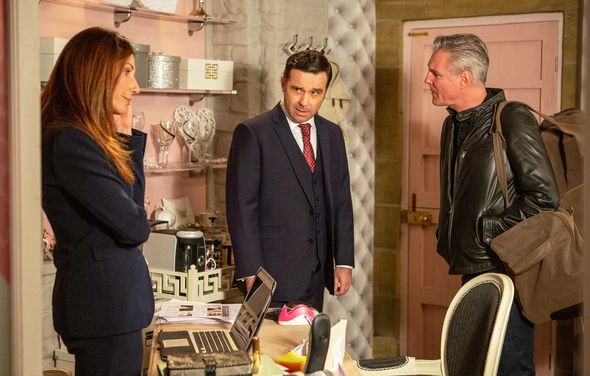 How do you want Megan to exit?

Elsewhere in Emmerdale, there is the possibility Moira Dingle (Natalie J. Robb) is about to embark on an affair with newcomer Nate Robinson (Jurell Carter).

Whilst the pair initially locked horns when Moira asked the farmhand about his intentions towards Amy Wyatt (Natalie Ann Jamieson), a source close to the show has suggested they will end up in bed together.

But what is going to happen when Cain Dingle (Jeff Hordley) finds out about his wife playing away?

Alongside this, Bernice Blackstock (Samantha Giles) is set to uncover the truth about Liam Cavanagh’s (Jonny McPherson) deceased wife.