Emmerdale is gearing up for an explosive couple of weeks this December as several storylines climax and explode changing the lives of those living in the Dales. Ahead of Graham Foster’s (played by Andrew Scarborough) death, it seems there is another village resident who he may meet at the gates of heaven.

In recent weeks, Noah Dingle (Jack Downham) has been keeping a watchful eye on Sarah Sugden (Katie Hill) after she increased the amount of time she spends with  Danny (Louis Healy).

The newcomer, who viewers don’t know much about has been encouraging Sarah to drink more alcohol and dabble in taking illegal substances.

Speculation has been rife as to where this storyline is going to go, with the possibility of Sarah’s fragile body ending up in hopsital.

But it seems, Noah will be the one who is left dicing with death. 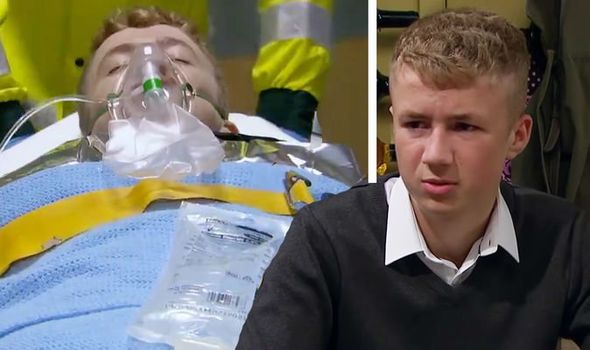 The ITV soap dropped a teaser clip for the episodes which are airing over Christmas and New Year and Noah is seen being wheeled down a hospital corridor connected to a series of pipes and wires.

Brenda is heard kicking off the video with: “Christmas starts here,” before Graham comes into view and Andrea Tate (Anna Nightingale) states: “You better watch your back”.

The scene then cuts to Jacob Gallagher (Joe-Warren Plant) opening the front door of his cottage to find a baby left on his doorstep.

His mother, Leyla Harding (Roxy Shahidi) comments: “How could she just abandon her baby?” 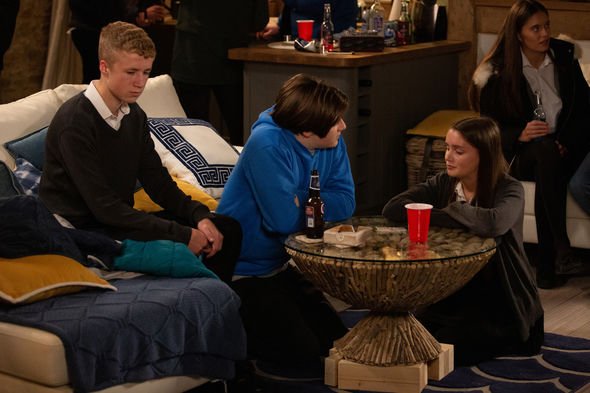 While they face the prospect of welcoming a child into their family, Rhona Goskirk (Zoe Henry) is playing devil’s advocate with Graham.

“If Millie Tate does turn out to be yours, are you really going to want to go?” She voice overs.

At that point the screen turns blank and Noah is seen bursting through hospital doors.

“This is unbelievable! Why are you wrecking exerting?” Andrea continues as Graham arrives for a showdown. 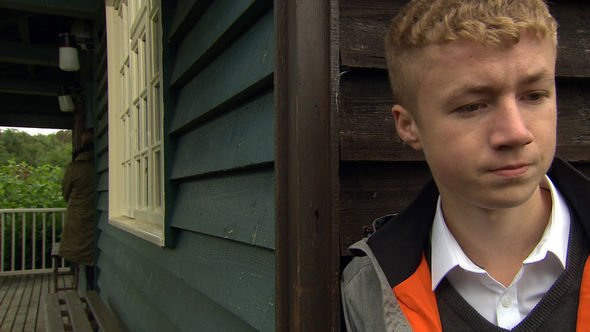 Charity Dingle (Emma Atkins) finally emerges on screen, seemingly in a hopsital as monitors and telephones ring out behind her.

She said to someone unknown: “You destroy everything you touch.”

Marlon Dingle (Mark Charnock) then issues a dark threat to Graham: “The only place you’ll be is in the ground.”

But it seems there is a chance young Noah’s fate could go the same way.

What exactly has happened to him? And has this got anything to do with Danny and Sarah?

The video ends with Leyla begging village doctor Liam Cavanagh (Johnny McPherson): “Please, you can’t tell,” about the baby when he arrives to check it over.

“Not until we’ve found out who the dad is,” David Metcalfe (Matthew Wolfenden) remarks.

Viewers are going to have to tune in to the Christmas Day hour long special to find out why Noah ends up in hospital.