This week’s episodes of Emmerdale will see one beloved villager losing their life after a horrific factory blaze takes hold on the ITV soap.

Fans are finally going to discover who will be the unlucky character in tonight’s double bill after Kerry Wyatt (played by Laura Norton) and Amy Wyatt (Natalie Ann Jamieson) make some terrible decisions.

But one of the characters at risk is fan-favourite Tracy, and now actress Amy has spoken out about filming the intense scenes.

Is Tracy safe from the fire, and it’s actually her father Frank (Michael Praed) who gets caught up in the disaster?

The storyline begins with Tracy trapped in the store room after Kerry and Amy accidentally start the huge blaze.

Speaking about the episodes, Amy shared: “I was told that Tracy was going to be involved in a huge fire at the factory and I was like, ‘No!'” she told We Love TV magazine.

“So I was anxious, because that’s how the soap world is.

“You have to be prepared for your character possibly being written out one day.”

Amy refused to spill the beans over whether Tracy will emerge from the fire with her life in tact.

But the star teased an action-packed plot to come. 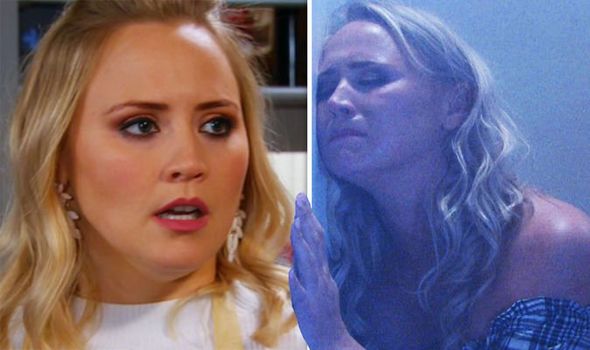 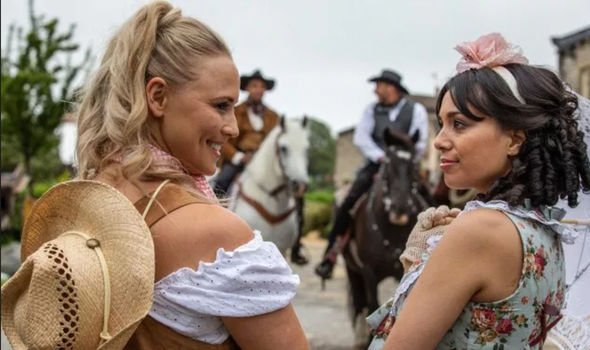 “I’m so excited because I think they’re amazing scenes,” the star continued.

“It was an intense day on set for me, because I had so much screaming and crying to do.”

Was Tracy screaming and crying for a very different reason though if another loved one ends up caught up in the fire?

“When the building exploded,” Amy went on. “I could feel the impact of the blast and the flames were boiling hot.

“It’s 100 per cent the most challenged I’ve been as an actor. 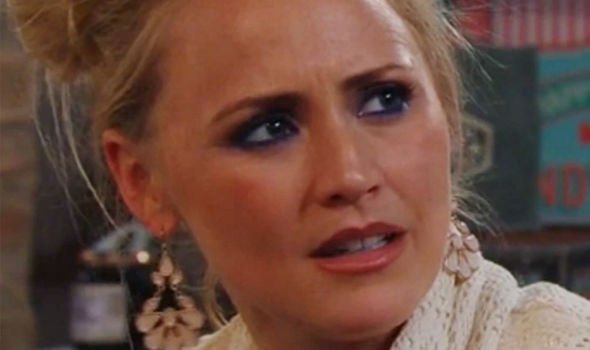 “It took a toll on me both physically and emotionally.

“I needed a stiff gin to steady my nerves at the end of the day, then switched off at home by watching Love Island!” the star added with a laugh.

Key players in the storyline include Kerry and Amy – who are desperately trying to find a way to pay off Amy’s debts in Ireland.

Jai Sharma (Chris Bisson) and Rishi Sharma (Bhasker Patel) are in deep trouble after the reveal their family business was struggling to stay above water, but could they be to blame?