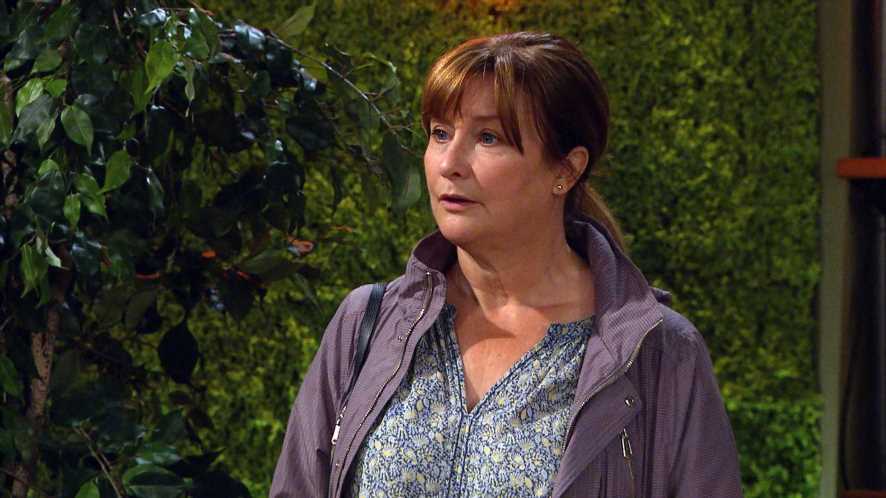 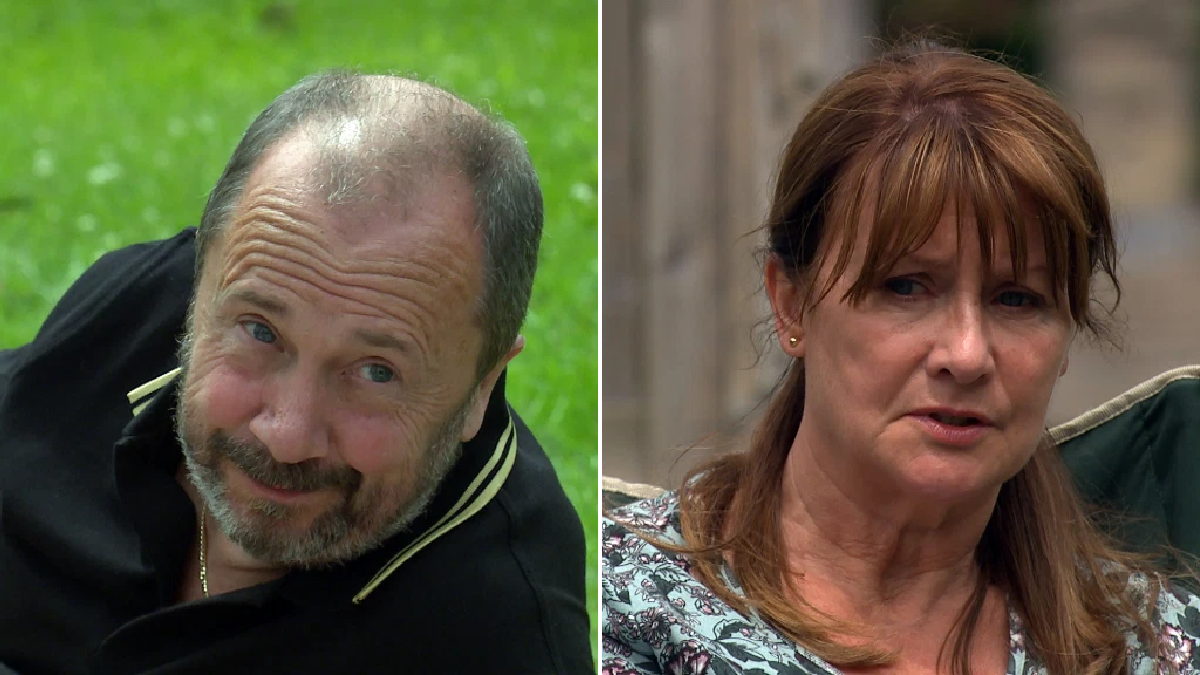 Wendy Posner is left fearing for her future when her violent ex Russ turns up in Emmerdale and makes it clear that he won’t be going anywhere without the money his mother left to Harry.

Criminal Russ is full of threats and demands and Wendy is full of nerves as he interferes with Victoria’s family life.

With Wendy aware of what he is capable of, she starts fearing for the safety of Victoria – and baby Harry.

Susan Cookson told Metro.co.uk: ‘He’s terrifying really. She’s obviously gone to great lengths to get away from him. He tracked her down via social media. She has carved out a nice life and she genuinely cares for Victoria and Harry.

‘Russ is really going to throw a spanner in the works. You wouldn’t want someone like that near a very young child. It’s a real worry for her as she knows what he is capable of

‘She is completely intimidated by him, that was one of the things in the marriage. Their life was on ill gotten gains, she had to know her place and keep quiet. He held purse strings, he was in control.

‘They met at university, Wendy was naïve and it was all very exciting for her. He was very exciting, spent money on her, paid her lots of attention. She was in with the wrong crowd, but she didn’t realise it. They stayed together through thick and thin, had the two boys together.

‘Wendy is not weak and she does know her own mind but she was young and was influenced into this lifestyle. But she has a moral compass and eventually escaped.’

It was a nightmare for Wendy so his sudden appearance and threats fills her with dread but she can’t bear to tell Victoria the truth about what’s going on.

But at the same time, she knows how much danger they could all be in; including Harry.

She sighed: ‘He doesn’t want to know Harry, there is much more at stake. Wendy is on thin ice after the trust she has built with Victoria. Seeing Harry introduced to someone she despises is terrifying but Wendy feels she has no choice.

‘It’s just so scary. She says she will get him the money but I think she is trying to lay down ground rules and fight back. She orders Russ to stay away but he has a hold over Wendy that it doesn’t make it that easy but she really wants him to stay away especially as Victoria is being sucked up by this nice guy act.

‘Victoria has been through so much because of the other Posners and now Wendy is effectively putting her at risk again and that’s huge for Wendy as Victoria let her into her life.’

Wendy tries to sort the situation with her savings but it soon becomes clear that this is a paltry solution and Russ is in deeper crime than he has ever been before.

Susan explained: ‘At the early stages, he wants that money back along the lines that his mother just did it to spite him. He feels entitled to it. She doesn’t realise how much money he needs so he is interested in her savings.

‘But he laughs in her face as it’s a couple of thousand; it doesn’t come close to what he needs. There’s something much more serious going on and it’s horrendous to know the kind of crime he is now involved in. It’s way ramped up from when she knew him. The minimum he needs the £50,000.’