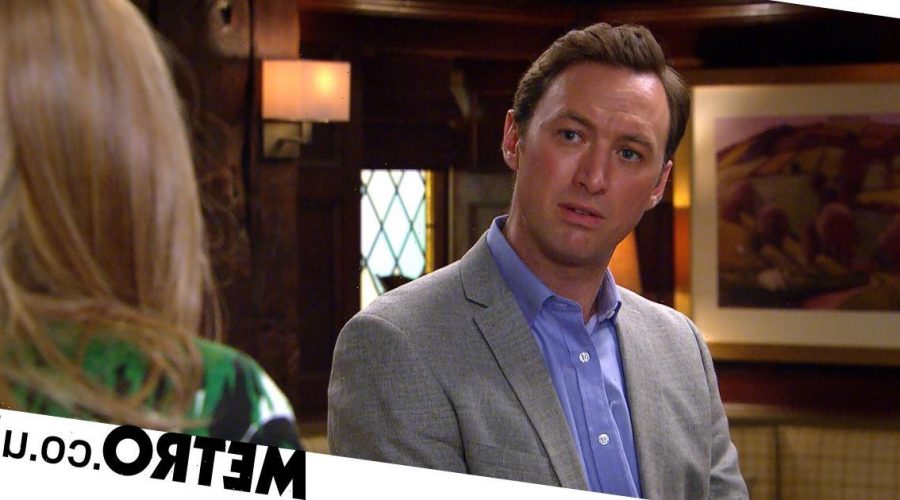 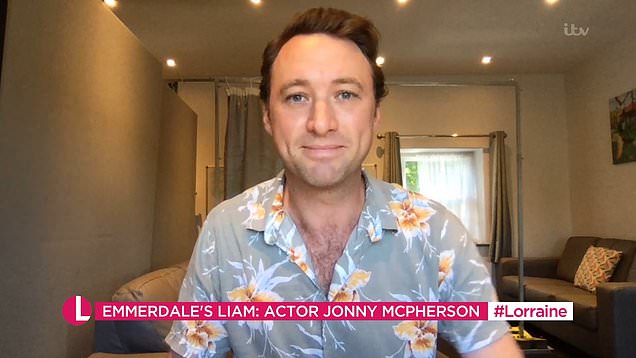 Emmerdale’s Jonny McPherson has revealed how protective he is of on-screen daughter Mimi Slinger, saying he feels like her dad.

Jonny plays local GP Liam Cavanagh, who he first appeared as on a recurring basis in 2014 before becoming a regular in 2018, with Mimi playing daughter Leanna Cavanagh.

Speaking on Lorraine Kelly’s show this morning, Johnny spoke about the pair’s relationship after three years of acting together.

Lorraine said: ‘I know how close you all are, it’s like your second family really, the cast and crew. You were saying that you feel like a dad to your on-screen daughter.’

Jonny explained that he has been Mimi’s ‘fake dad’ since she was 15 and has witnessed her grow up.

‘You’re playing the part of a father, so you develop parental feelings,’ he said. 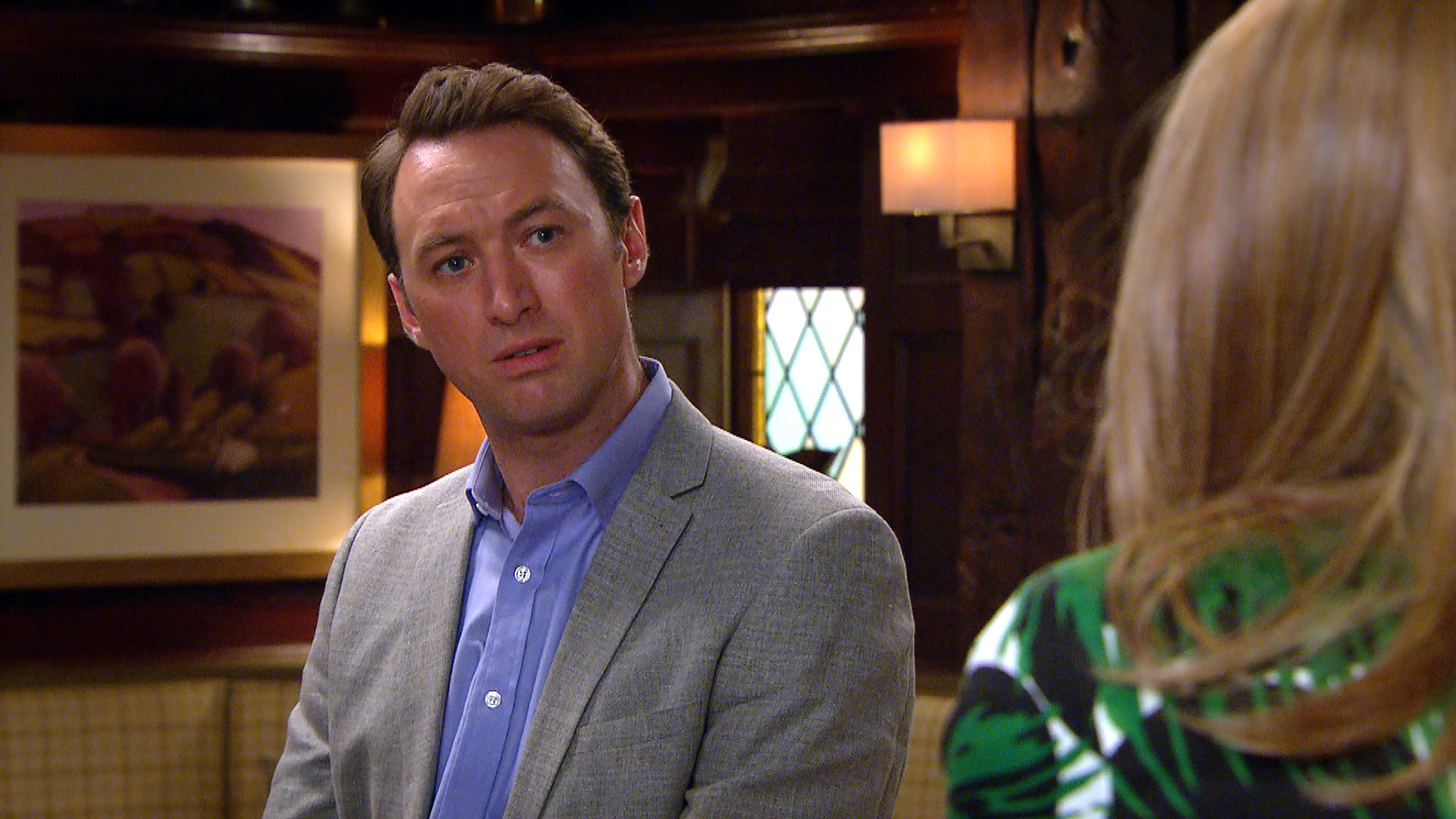 ‘In terms of career and mentoring, the kids on the show, a lot of them don’t go to drama school, they’re thrown in at the deep end so it’s important to look after them as much as possible in terms of the process.

‘She’s a wonderful wonderful girl, I feel very protective of her.’

Previously speaking with Metro.co.uk, Mimi also commented on her close bond with the actor.

‘I have learnt most from Jonny McPherson – he’s not only such a great actor and it makes doing a scene with him so easy. He also gives me great advice professionally and personally and we always have a giggle. He’s great!’ she said.

Leanna, however, isn’t too pleased about the young man’s impromptu return, given that he’s been ignoring her calls and texts while he’s been abroad.