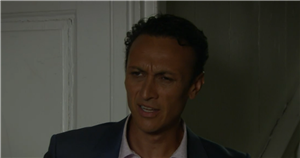 Emmerdale fans were left utterly confused when the credits came down on the ITV soap just 30 minutes into its epic triple bill.

During Thursday’s visit to the Dales, fans were treated to an extra serving of both Coronation Street and the Yorkshire show as viewers caught up on the nail-biting soaps.

It comes after the death of Queen Elizabeth II last Thursday (September 8) which threw off the TV schedule in memory of the late monarch.

Now, ITV bosses are airing 90 minutes of the long-standing show in order to catch up on the episodes which had been missed last week.

Coronation Street is also airing an hour-long episode on the flagship channel in order to give soap fans their much-needed fix.

But Emmerdale fans were left scratching their heads after the credits came down at 7.55pm despite another hour left of Emmerdale as viewers flooded to Twitter to share their frustrations online.

One user penned: “#Emmerdale What is the point of having closing credits if we’re having one and a half hours of the same programme? I’mhttp://ConFused.com#Emmerdale.”

Another added: “Why didn’t it just go on instead of ending it then putting it back on ffs #Emmerdale.”

A third chimed in with: “Wtf was the point in them credits #Emmerdale” as a fourth advised: “Don’t go anywhere, there’s another two to go …… #Emmerdale.”

Meanwhile, one user echoed: "Why in the almighty f*** is there 3 #Emmerdale episodes," as another added: "Utter nonsense and we still have two episodes left."

Following Her Royal Highness’ death, ITV’s usual hour-long special was cancelled meaning telly bosses were forced to share one half of the double bill days later.

But viewers were still one episode behind, which producers aired alongside this week’s double bill between 7.30pm and 8pm this evening.