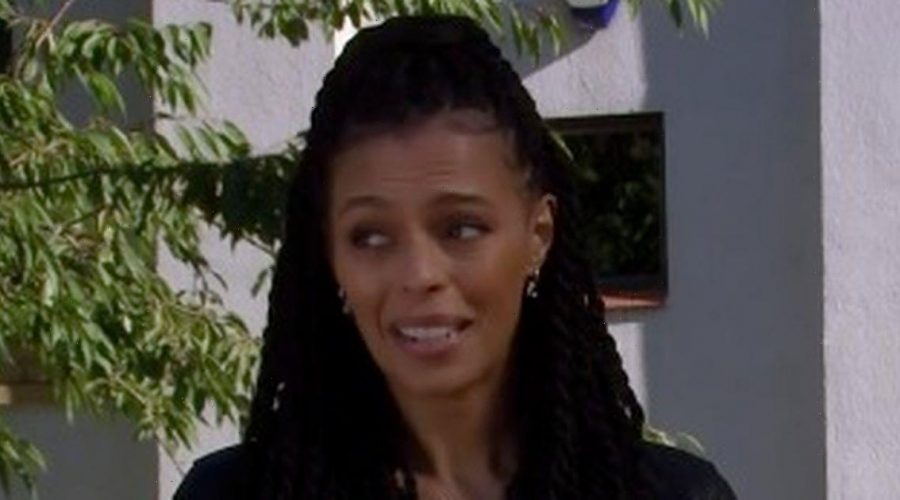 Emmerdale's newcomer Fiona star Yemisi Oyinloye has appeared on the ITV soap in the past.

During Thursday's episode, Fiona made her debut as she got chatting to Nate Robinson on a night out before he spent the night at her house, insisting to his partner Tracy Metcalfe the next day that nothing had happened between them.

However, Fiona star Yemisi has appeared on the ITV soap before in the past as she played a receptionist at Abbott Lane Surgery back in 2018.

The actress has also starred on Coronation Street where she played a receptionist at The Victoria Hotel in 2016.

Yemisi's other impressive roles include Catastrophe, Cold Feet and Bancroft – to name a few.

It is not known whether Fiona will be making further appearances on the ITV soap but this hasn't stopped fans from predicting a return twist.

During Thursday's episode, Nate spent the evening at Fiona's house after his phone smashed and he was unable to flag a taxi home to his partner Tracy, who had planned a romantic meal.

Although soap watchers didn't see exactly what happened at Fiona's house and the next day Nate insisted that nothing had happened after Tracy discovered he had been lying about his whereabouts.

Tracy was left horrified as she replied: "You stayed at some girl's house?!" to which he added: "I swear to you, nothing happened!"

Storming out of the pub, Tracy accused Nate of lying to her and told him he could stay at Ellis Chapman's house for real this time.

Soap watchers have already predicted a "revenge" twist and think Fiona will show up in the village, where her story could be different to Nate's, as Tracy will want to uncover the truth.

One person said: "#Emmerdale Is that girl going to appear in the village and confront Nate??"

A different account put: "What's the betting the mystery woman Nate was with will walk into the pub? #Emmerdale."

Another follower commented: "#Emmerdale what’s the odds that woman will turn up in the village."

While a different fan added: "What’s the betting Fiona will turn up in the village #Emmerdale."

Emmerdale continues on weekdays at 7pm on ITV.

For all the latest cast updates and juicy Emmedale spoilers, sign up to our daily OK! Newsletter .