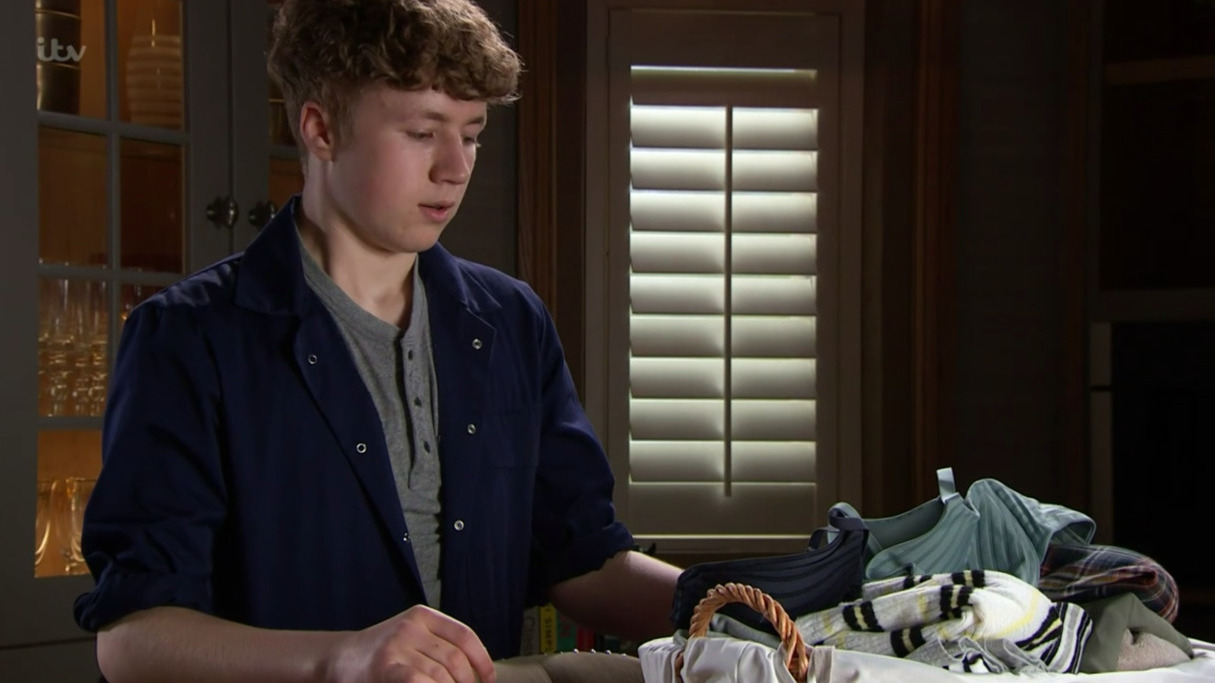 The young lad, who is working up at Home Farm as a spy on behalf of Jamie Tate (Alexander Lincoln), told Gabby he’d assist her with putting away the clothes on the table.

After she left, however, he rummaged through the clothes, and took hold of her bra.

And Will Taylor (Dean Andrews) caught him red-handed!

Fans were left in shock at the scene, and many took to Twitter to voice their disdain at the young character’s actions.

Gabby’s underwear wasn’t the only thing that Noah was caught rummaging through, as he decided to take a sneak peek at Will’s toolbox.

Inside, he found a box of diazepam!

Will wasn’t too pleased when the young lad started asking questions, and therefore he blackmailed him, agreeing to keep shtum about him fondling Gabby’s underwear if he keeps quiet about the drugs.

‘You keep your mouth shut and stay out of my way or I’ll be telling everyone what a pervy sex pest you are.’

Noah agreed, but he later broke his promise, telling Jamie all about the drugs Will has in his possession.

Jamie, believing Will to be Kim’s (Claire King) poisoner, wasted little time in hatching a plan to expose him.

But will this plan go as he hopes? Or will it all backfire dramatically?

Emmerdale continues Monday June 21 at 7pm on ITV. All of this week’s episodes are now streaming on ITV Hub.