Escape to the Chateau: Dick and Angel prepare for ice rink

Escape to the Chateau owners Dick and Angel Strawbridge were able to crack on with the outhouse renovations this year as they closed their doors to guests and wedding parties. It also enabled them to have the Christmas they always dreamed of and Angel wasted no time in decorating the huge property in festive garlands and pretty lights. As for what she was gifting her beloved, Angel had always dreamed of a beautiful library ever since they were handed the keys to the French property. And so, while her present was thoughtful and personal to Dick, it came with a catch.

The narrator introduced: “Christmas may still be a few weeks away, but for Dick it’s come early.”

“Close your eyes, trust me. And open your eyes,” Angel said guiding her husband into the library.

“So it’s a lovely old ladder,” he observed and she explained: “I thought this would be a lovely Christmas present to the library and you and us, the family.”

“But this is no impulse buy; for the last five years, the ladder has been on Angel’s wish list,” the narrator continued. 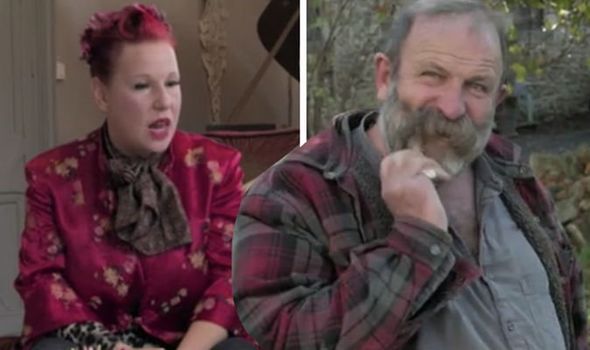 We will use your email address only for sending you newsletters. Please see our Privacy Notice for details of your data protection rights. Dick Strawbridge on tough Escape to the Chateau challenge

A throwback clip from the first time the pair entered the turret played out: “Everything is a round shelf, and we just sit here with our books. We have a ladder,” Angel envisioned.

“Right okay, this may not happen in phase one,” Dick said a few years ago.

“So when Angel says present, she actually means, project,” The narrator added.

“You don’t want that ladder to look like that there, do you?” Dick asked and Angel replied: “Well, I do. But on wheels.” 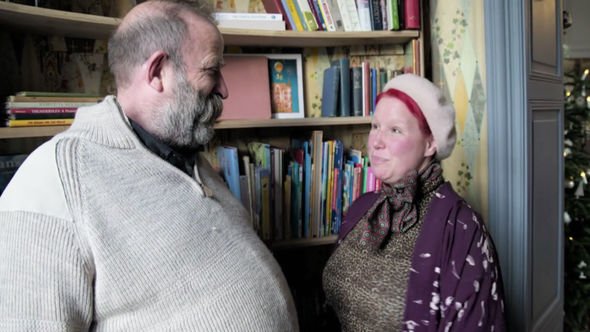 “That’s exactly what I knew!” He laughed realising his wife’s true intentions with the item.

“Not only does Angel want the ladder to be on wheels, but for it to glide effortlessly around the 19th-century turret,” the narrator explained to Channel 4 viewers.

“However, I have no issues if it is genuinely impossible,” she argued, but Dick was adamant: “Nothing’s impossible. It is a big challenge.”

It was then down to Dick and one of his workmen to put Angel’s idea into action and they headed off to his workshop to figure it out. 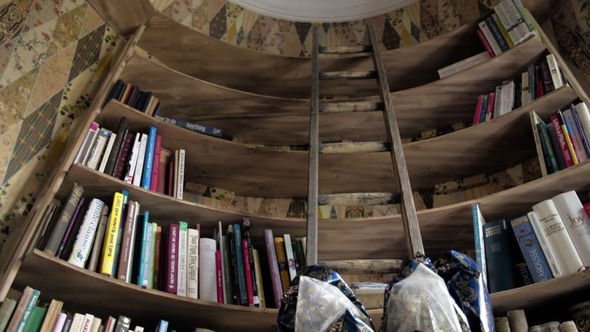 And he did just that.

“It hangs like a library ladder,” he told Angel when it was in prime position. “Now, you watch. Look at this.”

“That was very smooth!” Angel remarked.

He then demonstrated how to extend the ladder for when someone wants to climb it.

“That is quite fab,” his wife said. “But I think we need another break when it’s down. Another catch.” 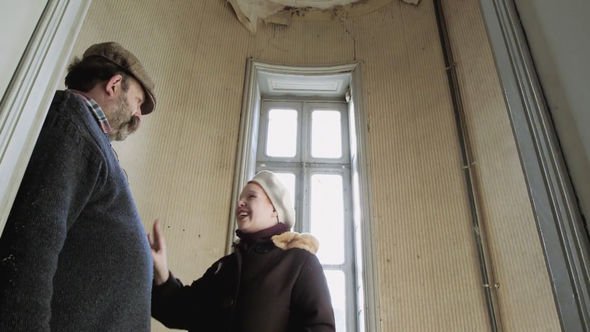 “No,” Dick stated. “Because when you press on it, it doesn’t move.”

“Did you like your Christmas present?” She laughed off realising her sneaky move.

28/12/2020 TV & Movies Comments Off on Escape to the Chateau’s Dick Strawbridge calls out Angel’s sneaky move ‘I knew it!’
Lifestyle