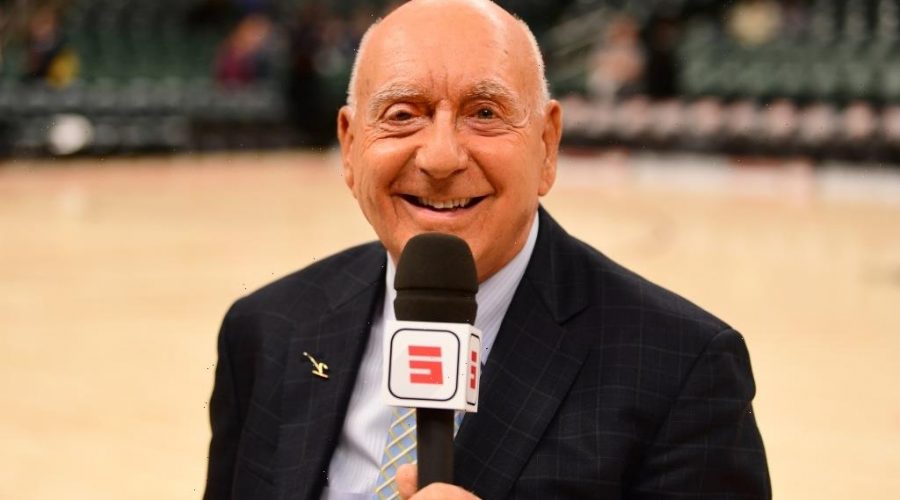 ESPN college basketball announcer Dick Vitale (82) revealed he was diagnosed with lymphoma after being diagnosed and treated for melanoma this summer.

After several tests over the past few weeks, doctors confirmed the new form of cancer is unrelated to his previous experience with the disease. Vitale reports the prognosis is good and will be receiving chemotherapy.

In a statement via ESPN, he says, “I’ve seen firsthand the devastation that cancer can have on families, on children, and on all of our loved ones. It can bring you to your knees. It’s physically and emotionally exhausting. It robs you of so many things, including life itself for some of the most unfortunate patients. I never lose sight of that, and that’s why I feel so lucky.”

The announcer credits early detection and screening for helping him to manage his cancers. His previous surgeries helped remove the melanoma, which Vitale confirmed was “totally cleared.”

“I am lucky and blessed to have a great team of medical experts along with wonderful family support. I am also blessed to work with so many in my second family, ESPN. They have been so encouraging over the past three weeks as I’ve undergone one test after another in trying to analyze what was causing my symptoms.”

The ESPN veteran will be on the mic during the upcoming college basketball season and is under contract with ESPN through 2021-22.