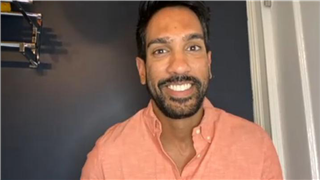 “I’m not going to lie to you, I was very overwhelmed when I was re-watching it and re-experiencing it all over again. But I thought the final product was so tasteful,” Kapai said of the meaningful moment for both him and the show. “I mean, with a moment like that, there isn’t any editing that’s necessary because the words, the conversation, the expressions, everything speaks for itself and everything speaks volumes. Putting aside that, it was a little bit of a somber moment, and there were some happy, there were some sad, but overall, I was very satisfied with how the finished product came out.”

Kapai added that viewers saw “almost 90 percent” of the conversation he had with his grandmother.

“It was almost 90 percent, probably 100 percent of the conversation. That’s exactly how everything went down. There was no sugarcoating any of it. There was no beating around the bush. That’s how I remember it,” he revealed. “I know I said I blacked it out, not because I was under the influence, but because it’s one of those moments in life where you just… It’s a very intense moment, and we block those out of our memory for better or for worse. It was a lot to re-watch over again and experience it all over again.”

While it’s been “a lot” to relive for the reality TV star, Kapai told ET he’s received the nicest reactions since the episode aired.

“I did not expect a reaction, I’ll be honest with you,” he said. “I mean, there has been an outpouring of just messages and kind words and support. And I knew this conversation was going to be something that’s never been seen before, but I had no idea the response that it would elicit. It’s been just unbelievable, I mean, unbelievable how many people have said the nicest things to me.”

Kapai said he’s received so many supportive messages that he doesn’t know how he’ll be able to respond to them all.

“In fact, I have so many messages, and I’m like, ‘How am I going to respond to all of these?’ Because I want to read them all, and I want to respond to them all. But it’s been phenomenal. The reaction has been fantastic,” he added.

And that support has translated to his extended family, who he says has only gotten more supportive since Kapai received that acceptance and approval from the family’s matriarch.

The one thing Kapai hopes viewers take away from his experience? No matter how scary something seems, it gets a lot better when you’re able to gather the courage to say it out loud to someone else.

“I guess if I had to choose one, it would be that no matter how scary something might seem, and it could be absolutely terrifying, it could be the scariest thing you’ve ever done in your life. But I think it’s way scarier when it’s just in your head, and it’s when it’s just you dealing with it by yourself,” he explained. “I think once you’re able to muster the courage and gather the strength to talk about whatever it is going on inside, once you’re able to talk about that out loud with someone else, it just feels way less scary, and it’s a huge burden that just is off your back. So it’s hard, it’s tough, but I hope that everyone can get there at a point in their life, regardless of what they’re struggling with.”

To see more of Kapai, including his engagement to longtime boyfriend, Nicholas, watch Family Karma when it airs, Wednesdays on Bravo.

'Family Karma': Dillon and Mom Get Emotional Recalling His Coming Out 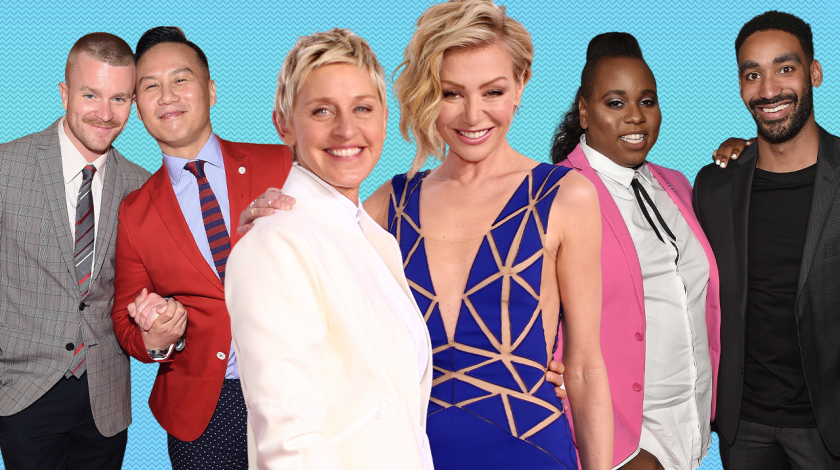 Our Favorite LGBTQ Couples on the Red Carpet