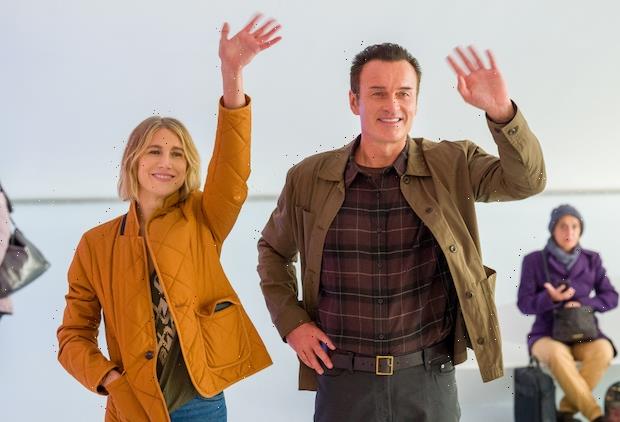 When FBI: Most Wanted viewers welcome the CBS drama back to their screens in early January, Tali LaCroix will be leaving for school in Canada — and that will put Jess (and maybe his relationship with Sarah) to the test.

When last we tuned into FBI: Most Wanted — but before all Hell broke loose at the shopping mall — Tali (played by YaYa Gosselin) had just learned that she had gotten into a prestigious boarding school in Canada. Though Jess (Julian McMahon) in the moment was a bit thrown by the unarguably very good news, by the end of the episode he took his daughter aside to share how proud he was of her bravery during the mall ordeal, and then say it was time for him to “be brave” and let her pursue the educational opportunity she had very much earned. 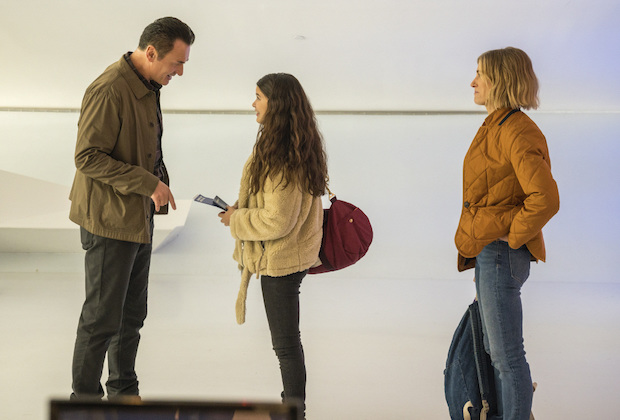 In the CBS procedural’s midseason premiere (titled “Incendiary” and airing Tuesday, Jan. 4 at 10/9c), Jess and girlfriend Sarah (Jen Landon) see Tali off at the airport, and from there begin to adjust to their “empty nest.”

And how might that transition look for Supervisory Special Agent Jess LaCroix?

“Look, I think he might initially handle it, on the surface, kind of well,” McMahon told TVLine. But in reality? “I don’t think it’s something he’s going to handle that well,” the Aussie actor admitted.

After all, Jess “has had a tough road these last few years,” McMahon noted, “so to learn that the cornerstone of his emotional connection [is going away]….” It will leave a hole, for sure.

And Sarah, whom Jess hasn’t even dated for a year, isn’t yet in a position to fill such an emotional void for the hard-working G-man.

“I don’t know if Sarah can be that [person] just yet,” McMahon ventured. “In fact, I’m pretty sure Jess and Sarah are not there yet.”

As it is, with Jess often busy chasing fugitives and his in-laws (by way of late wife Angelyne), Nelson and Marilou, living off-camera (now in Canada) ever since Nathaniel Arcand/Clinton exited FBI: Most Wanted, “Sarah has had to deal with kind of raising Tali on her own, and Jess hasn’t quite known how to handle that,” McMahon shared.

Now add in this new at-home wrinkle, and “it’s going to be an interesting thing” to watch unfold, McMahon teased. “I’m interested to see what we get out of it.”

Want more scoop on FBI: Most Wanted, or for any other show? Email [email protected] and your question may be answered via Matt’s Inside Line.

28/12/2021 TV & Movies Comments Off on FBI: Most Wanted's Julian McMahon Previews a Tricky Transition for Jess as Tali Leaves for Boarding School
Lifestyle